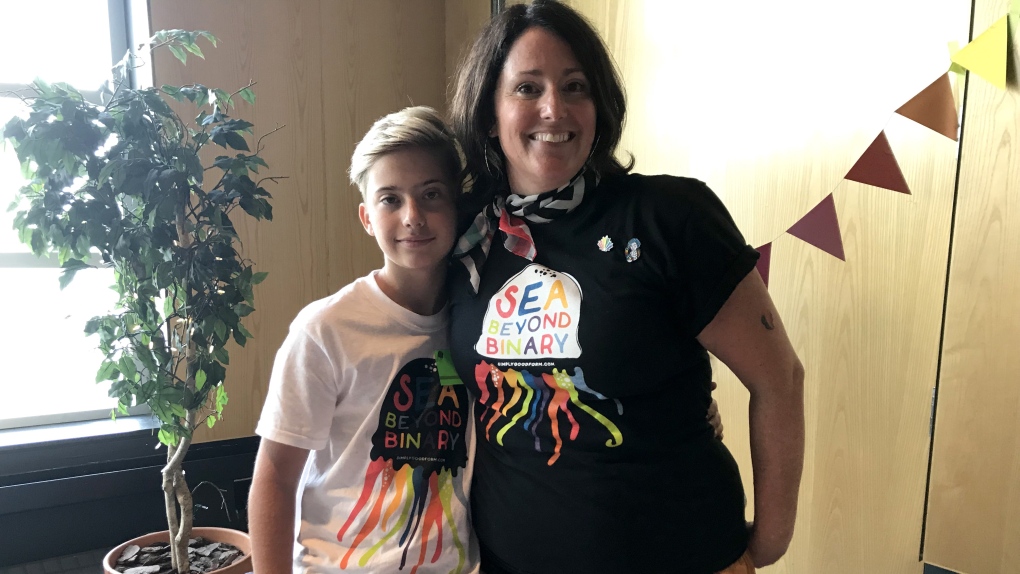 HALIFAX -- Glitter and rainbows flowed into a Halifax event hall for an ocean-themed Pride event for children, youth and families on Sunday.

The Sea Beyond Binary Celebration aimed to support young people in the LGBTQ community.

Cyndi Sweeney, who works for Pflag Halifax, said the event is a safe space for kids to be who they are.

Participants in various costumes got their makeup done and watched an ocean-themed fashion show along with a performance by Elle Noir, Halifax Pride's ambassador.

For Sweeney, the event hits close to home as her 13-year-old son, Dillon, is transgender.

Dillon said he was reluctant to come out to his parents at first, but when he told them, he was met with love and support.

"But in the end I told my mom and she was really supportive, which was great. She was there for me 100 per cent."

Rebecca MacKenzie-Hopkins, public programs manager at the Canadian Museum of Immigration where the event was held, said the gathering highlighted the importance of having a supportive family.

She said the pride event complemented one of the museum's exhibits about families and bonding.

"We were super happy because the themes of that exhibit are around families -- whether they're genetically linked families or families that are shaped by place, time, shared experience or shared interest," MacKenzie-Hopkins said.

"Pflag Halifax really represents that whole spectrum of different types of families because it's an organization that supports genetic families, but it can also create these new families if there is a lack of support from someone's genetic family."

Dillon said having family and friends who love who he truly is gave him confidence during his transition.

He said his two best friends knew him before he started transitioning and their friendship has continued to strengthen ever since.

"They really know how it went for me and they were there completely," Dillon said.

"It's good to stick by really good friends because they'll always be with you and if you lose some friends and you're really sad about it, don't worry, you will make new ones -- trust me. I didn't think I would, but I did."