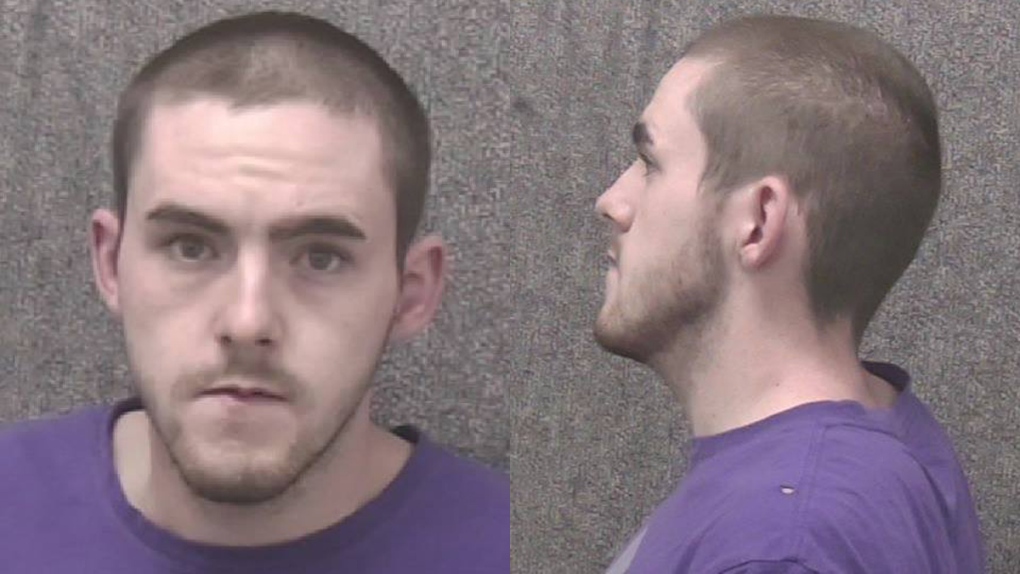 HALIFAX -- A restaurateur has high praise for the Halifax police's subtle and low-key arrest of a Newfoundland man on the run from murder and arson charges.

"They walked in, no one even noticed. Subtle, quiet, professional," John Carvalho, owner of the Bluenose II restaurant in downtown Halifax, said Tuesday.

Chesley John Lucas, 23, had been wanted on first-degree murder, unlawful confinement, robbery and arson, and described by the Royal Newfoundland Constabulary as "armed and dangerous."

Carvalho said the suspect had "kept his head down" while eating the restaurant's big breakfast, the Mariner's Special, at about 11 a.m.

There were about 50 people in the restaurant, with the owner himself in the kitchen when two officers walked in and quietly told the suspect he was under arrest, handcuffed him and led him out.

"It was unreal. If I sat in the kitchen an extra minute and a half I probably wouldn't even have noticed they'd been here," he said. "A lot of people didn't notice, just the close tables nearby."

The tourists at the next table assumed he was wanted on a minor warrant, not a major crime, Carvalho said. "Little did they know what it was for."

Halifax police Const. Dianne Woodworth said the arrest was carried out by members of the High Risk Enforcement Action Team of the Integrated Criminal Investigation Division, with the assistance of patrol officers.

"Investigators with the RNC's Criminal Investigation Division are in Halifax and will be escorting Lucas back to St. John's in the coming days," RNC Const. Geoff Higdon said in a release.

Lucas is the fourth man arrested in the abduction and murder of 25-year-old Steven Miller in Conception Bay South.

The town of about 25,000 people, about a half-hour drive southwest of St. John's, was badly shaken by the killing, which Mayor Stephen Tessier described as being like "something out of a movie."

The RNC says officers were called to a burning house at around 4 a.m. on July 30. According to police, a witness said several armed people wearing masks had forced their way inside the home and dragged the man out against his will.

Police were called to a home not far away around four hours later, and found Miller's body lying in a driveway.

The RNC says Lucas left for Nova Scotia on a weekend ferry, just as police turned up grounds for his arrest in the Miller murder.

Lucas, of Paradise, N.L., was believed to be travelling with Brady Myler, 21, who was himself wanted on unrelated charges. Myler turned himself into police in Halifax on Monday afternoon.