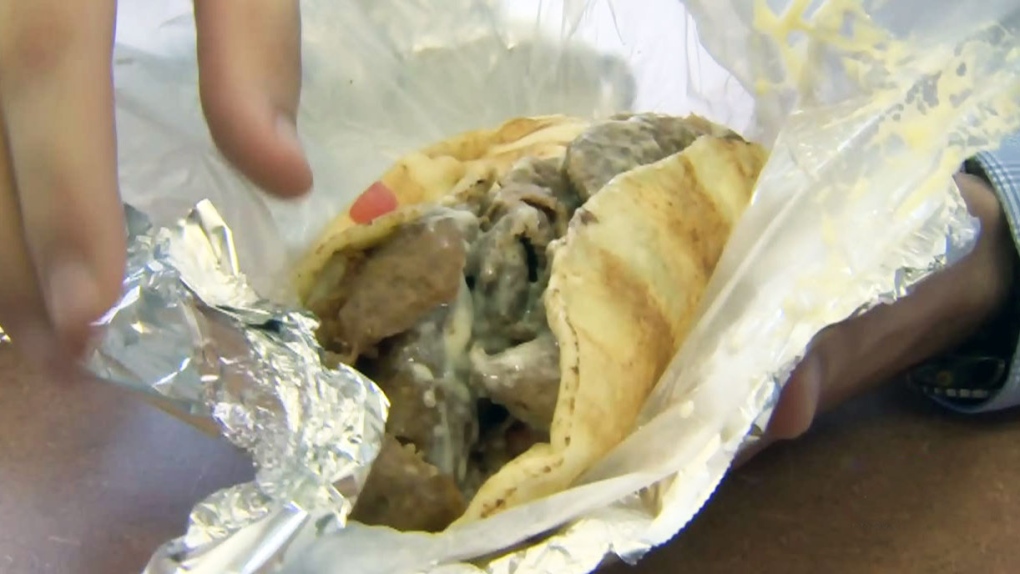 The donair has become the official food of Halifax.

HALIFAX -- A Halifax-based fast food chain which promotes itself as the original home of the much-loved donair wrap has filed a trademark infringement action in federal court against a restaurant in British Columbia.

In a statement of claim filed Sept. 23, King of Donair says Donair King in Burnaby, B.C., has caused confusion by infringing on its name and logo.

King of Donair says it has operated under its name and associated crown logo since 1979 and its trademark was registered in 1987.

The restaurant says the confusing trade marks used by Donair King are likely to have the effect of depreciating the value attached to its trademark under the Trade-marks Act.

"The use by the defendant in Canada of the trade-mark and trade-name Donair King . . . will lead consumers to the inference that the defendant's donair products and restaurant services are either provided, operated, sold or franchised by the plaintiff or done so pursuant to its approval."

None of the allegations have been proven in court.

King of Donair asks the court to order Donair King to either offer up or destroy all menus, signs, packaging, promotional material, advertisements, business cards or any other material bearing its trade name Donair King and the associated crown logo.

The Halifax company is also seeking punitive and exemplary damages along with legal costs.

Donair King denies the allegations in its statement of defence filed Oct. 26.

The restaurant says it was incorporated in British Columbia in July 2006, and has been operating under the incorporated company name of Donair King Restaurant Ltd.

Donair King says it will stop using its name and trademark as long as King of Donair agrees to dismiss the current legal proceeding against it.

King of Donair's lawyer, Donna MacEwen, said in an email her client did not wish to make "any comments respecting its claim."

Donairs are an all-beef wrap made with a sweet sauce that is closely related to the Greek gyro.