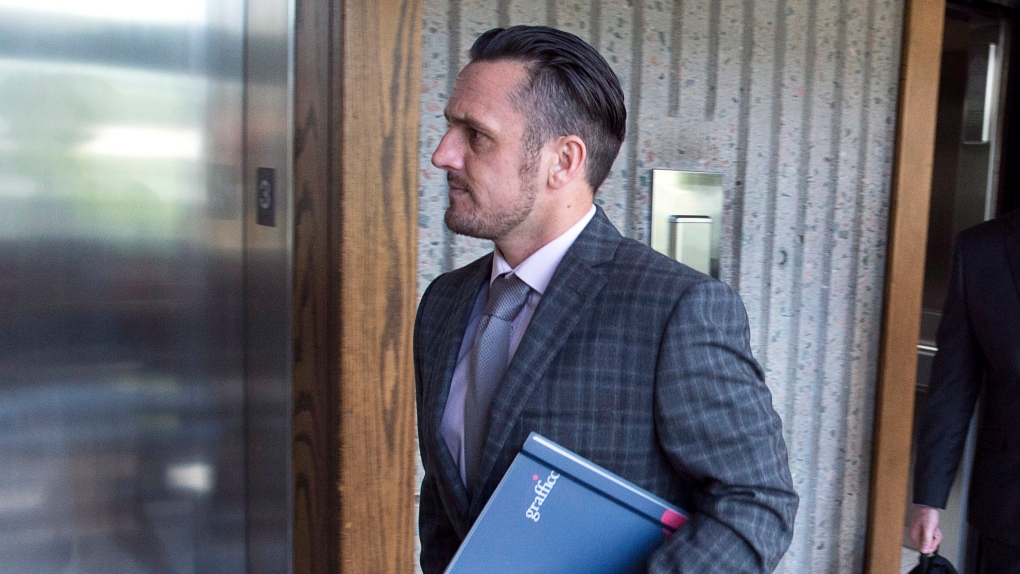 HALIFAX -- One of two British sailors accused of sexually assaulting a woman at a Halifax-area military base is still in hospital, delaying their trial yet again.

Simon Radford's lawyer told Nova Scotia Supreme Court Monday that his client had undergone surgery on Saturday morning, and the doctors had said the earliest he could be discharged from hospital would be later that afternoon.

"I wish I had better news," David Bright told Justice Patrick Duncan, adding that Radford has an infection and there was a significant amount of inflammation.

"They had to check for whatever form of bacteria is doing the infection. It has to go up to the infectious disease people, which could take some 48 hours, which might be tonight before they determine the nature of it."

Radford, 34, and Darren Smalley, 38, are charged with sexual assault causing bodily harm and participating in a sexual assault involving one or more people at CFB Shearwater in April 2015.

Duncan noted the repeated delays in their trial are not ideal, "but we do have to deal with it."

"I think we have to be realistic in our planning. This sounds quite serious," said Duncan. "If he's had general anesthetic and if he's going to need antibiotics, we'll be lucky to bring him in this week, to be frank, based on what I'm hearing."

Duncan adjourned the trial until Wednesday morning, although it's unclear if Radford will be well enough to continue at that time.

The trial was scheduled to continue in Nova Scotia Supreme Court on Friday, but Radford had been admitted to hospital. The start of the trial had also been delayed last Tuesday because he was in hospital.

Bright told the court last week his client was injured in the United Kingdom and suffered a torn artery.

The two accused -- members of the Royal Navy -- were participating in a naval hockey tournament in Halifax at the time of the alleged sexual assault.

The trial has so far heard from one witness: Sgt. Tyler Bruce-Hayes, a military police officer who investigated the alleged incident.

Bruce-Hayes was questioned by Crown lawyer Eric Taylor, but has yet to be cross examined by Bright and Smalley's lawyer, Ian Hutchison.

The investigator has told the trial that he interviewed the complainant, whose identity is protected by a publication ban, after she was examined in a hospital in the early hours of April 11, 2015.

He testified he interviewed her for about two hours, and that she appeared upset.

Bruce-Hayes also reviewed evidence that was collected during the investigation, including photos and videos extracted from electronics in the Warrior Block accommodations at CFB Shearwater, and biological samples that were taken from the complainant.

The complainant is expected to testify at the judge-alone trial, and Taylor has said he will call about 12 witnesses, including a friend of the complainant and experts.

The Crown had originally charged four men, but charges against two of the sailors were dropped.