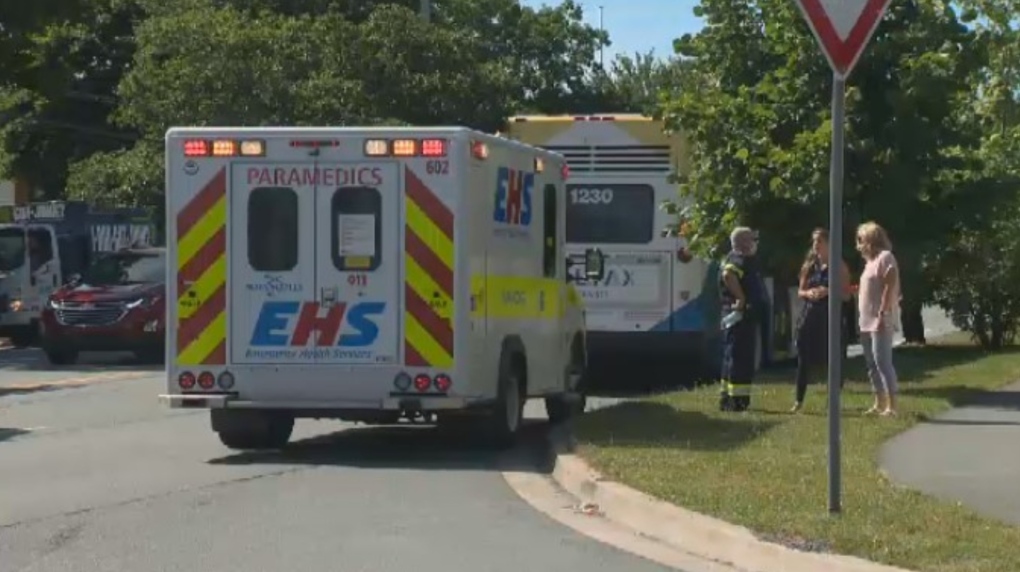 Paramedics respond to the scene of a collision in Halifax on Aug. 4, 2020, after a woman was struck by a bus.

HALIFAX -- A Halifax Transit driver has been charged after a woman was struck by a bus in the city Tuesday morning.

Police say the woman was crossing the street in a marked crosswalk at the intersection of Joseph Howe Drive and Bayers Road when she was struck by the bus, which was travelling east on Joseph Howe Drive, around 10:15 a.m.

The 67-year-old woman was treated at the scene for non-life-threatening injuries. She did not require treatment in hospital.

The bus driver, a 33-year-old Halifax man, has been charged under the Motor Vehicle Act for failing to yield to a pedestrian in a crosswalk.