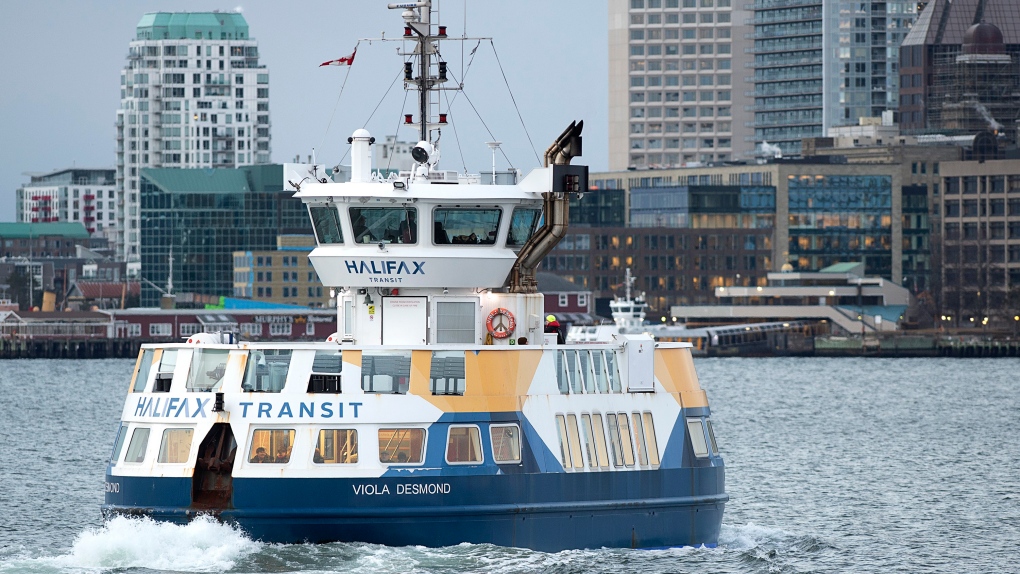 The Halifax harbour ferry Viola Desmond travels from the terminal in Dartmouth, N.S. on Monday, March 16, 2020. The number of passengers on ferries and buses has been limited as part of the effort to control the spread of COVID-19 in Nova Scotia. (THE CANADIAN PRESS/Andrew Vaughan)

In a news release, the municipality says the move is a part of its commitment to safe social-distancing in fighting the COVID-19 outbreak.

But the free fares aren’t meant to encourage more people to use transit. Halifax Transit is asking people to use buses and ferries for necessary trips only, and not to loiter.

The transit service also announced Tuesday it will be asking bus passengers to use the rear doors for boarding and exiting.

People who require the use of the ramp for accessibility will continue to use the front door.

Previously, the transit service announced it would not allow riders to stand on buses. it announced Tuesday that it is limiting the number of ferry passengers to 50 per trip, to support recommendations from the federal government.

Other measures to reduce the spread of disease include making the front seat behind drivers unavailable for passengers and increasing the frequency of wipe-downs in high-touch areas.

Social-distancing may be having an impact as ridership is down more than 43 per cent on conventional buses, 51 per cent on ferry service, and 67 per cent on Access-A-Bus service, according to the news release.

All transit services will continue to operate on a regular schedule at this time.