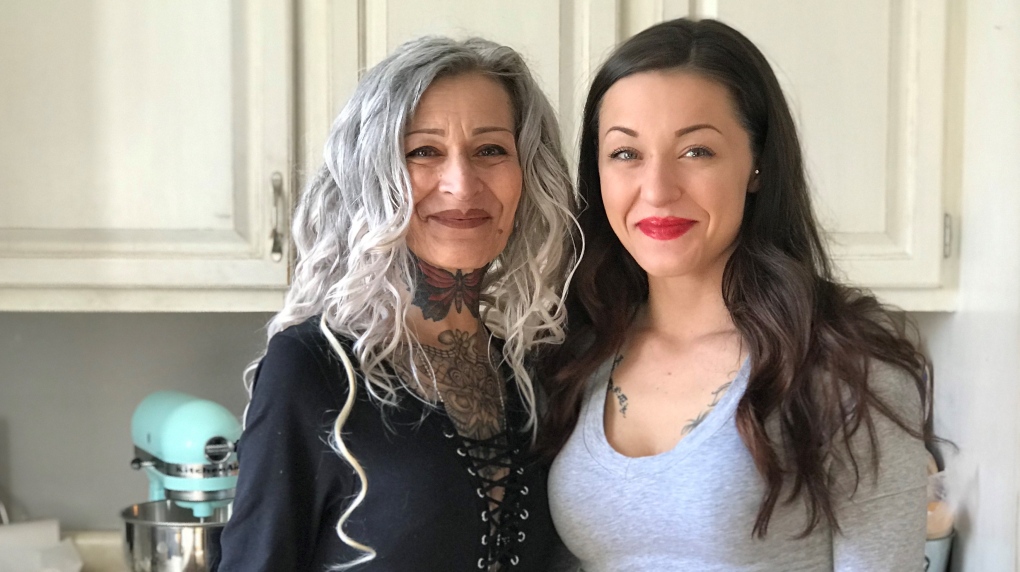 HALIFAX -- A mother and daughter have joined forces to help heal the raw, over-sanitized hands of essential workers during the COVID-19 pandemic.

Madison King is a stay-at-home mother with two girls in Middle Sackville, N.S. She also suffers from post-traumatic stress disorder.

This past summer, Madison’s mother, Sherry King, suggested they start a custom cake business to give Madison something positive to focus on.

Sherry knew how much enjoyment Madison got from decorating cakes for people and thought the project would help to boost her daughter’s confidence.

The pair named their business Perfectly Baked and created a corresponding Facebook page. They kicked off things with a series of giveaways that saw a winner a week take home one of their confectionary creations.

“It blew up from there, people really liked our cakes,” says Madison.

The pair wanted to give back to essential workers and Sherry came up with the idea to create homemade whipped soaps.

“The soap looks like icing in a jar, it perfectly represents Perfectly Baked,” says Madison.

Madison and Sherry each contributed $100 of their own money to purchase supplies for the soap. They then offered their product at no cost to clients on their Facebook page who were front-line workers.

“Immediately people loved it and wanted it and also offered donations,” says Madison.

The soaps are made from all-natural ingredients and contain coconut oil, essential oils, and glycerine that help soothe raw hands.

“We use real mint that we’ve grown and dried, real lavender and, for the citrus flavour, we grind up zest from an orange. They are all natural, so most people can use it,” says Madison.

In just three days, the pair at Perfectly Baked has received over $1,000 in donations and delivered over 300 jars of soap to individual front-line workers and hospital organizations like the QEII Health Sciences Centre in Halifax and Northwood, a long-term care home facility in Halifax.

“It’s been so wonderful, we’ve gotten a lot of comments about how it is working on their hands,” says Madison.

Madison and Sherry now have a list of over 200 people who would like some of their soap and they are working hard to fill the orders.

Craig Wright owns his own delivery service. When he learned what Madison and Sherry were up to he offered his services.

“I heard on the radio that these guys stopped doing baking and were making soap. I thought I would reach out to them and help out,” says Wright.

“This is a tragic time, people are dying from this and anything we can do to contribute and help out, no gesture is too small at this time.”

Outsourcing the delivery process to Wright allows Madison and Sherry to put all their focus into whipping up soap.

Madison says their product has been so well-received that many people are asking if they will continue to make it once the pandemic is over.

For now, Madison says she and her mother are only focused on giving back. Adding, helping people has been the best thing she’s done for her PTSD.

“Better than any class or treatment I’ve gotten,” says Madison.

“I had a very hard time even talking to people with my PTSD. I feel wonderful. I haven’t felt so happy in a long time.”