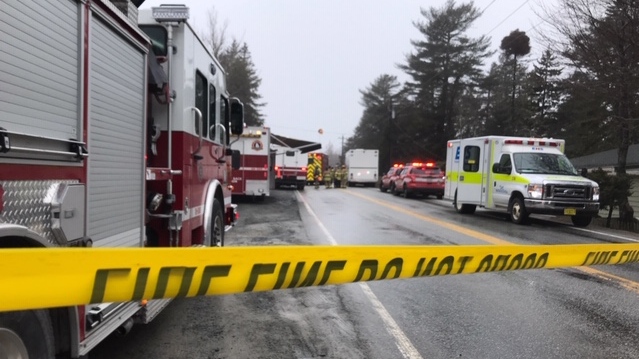 Emergency crews are currently investigating a suspicious package that caused a postal worker to fall ill at the Tantallon post office on Peggys Cove Road.

HALIFAX -- Emergency crews are investigating after a suspicious package caused a postal worker to fall ill at a Nova Scotia post office.

Halifax Fire says, at 9:45 a.m. Friday, a worker at the Tantallon post office fell ill and vomited after opening a package outside the building.

The worker was treated by Emergency Health Services.

The other six employees working at the post office were evacuated as a precaution. A Halifax Transit bus was brought in for shelter.

Hazmat crews isolated the package in a secure area in an effort to determine what was inside.

Nova Scotia RCMP blocked off a portion of the 12700-block of Peggys Cove Road in both directions as they investigate the package.

There’s no word on when it will reopen to traffic.

Metro Transit bus on scene for people who evacuated Peggys Cove Rd post office after suspicious package was found. Road is closed in both directions in the 12700 block, near Tantallon.@CTVAtlantic pic.twitter.com/foqJloCNK2