'He shouldn't be eligible for parole any more,' former corrections officer says of Legere 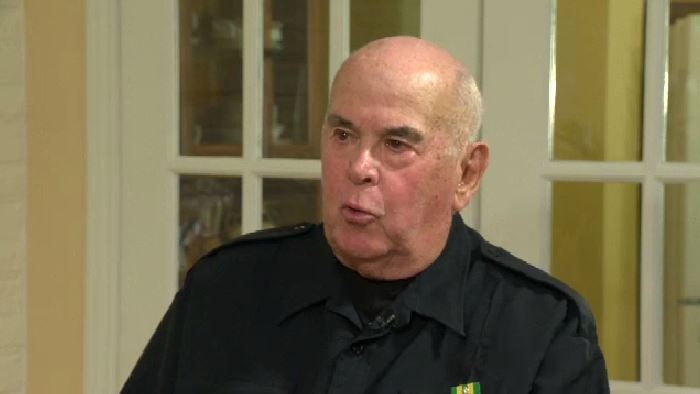 John Harris, a former Correctional Service of Canada manager who dealt with Legere at the federal prison in Renous, says legislation should be changed to permit the board more latitude in determining whether to review cases such as Legere's. "He shouldn't be eligible for parole any more," Harris said.

The Parole Board of Canada rejected Legere's application to be released following a hearing on Wednesday during which the convicted murderer denied direct responsibility for brutal 1989 beating deaths in New Brunswick and suggested victims' families should simply "move on."

Nonetheless, board officials noted Legere has the legislated right to reapply for day parole one year from now, and that the board must render a decision in a reasonable period of time.

Conservative MP Rob Moore, the party's justice critic, said in an interview Thursday that while Stephen Harper's Tory government succeeded in tightening the parole system, the Legere case suggests further changes should be considered to prevent victims repeatedly having to lobby against the release of serial killers.

"Every time families have to go to these parole hearings, it brings up the wounds to the victims and to the community," he said from his New Brunswick constituency of Fundy Royal.

The Fairness for Victims Act amended the Corrections and Conditional Release Act to extend the wait period from two years to five years before the board had to hold a full parole review in a case like Legere's.

However, the legislation still requires the board to consider his applications for day parole a year after denial, though it can choose to deny an in-person hearing.

If day parole were granted, this could see Legere living in a supervised halfway house in the community.

Moore, who represents the New Brunswick riding of Fundy Royal, said his party would consider whether to change regulations further to prevent repeated day parole hearings in cases like Legere's.

"This individual shouldn't even be up for parole in the first place," he said.

The 72-year-old convicted serial murderer, rapist and arsonist escaped from custody on May 3, 1989, while serving a life sentence for the murder of store owner John Glendenning committed during a June 1986 robbery.

He returned to the Miramichi area to carry out four brutal murders and a sexual assault and was only recaptured on Nov. 24 of that year.

John Harris, a former Correctional Service of Canada manager who dealt with Legere at the federal prison in Renous, says legislation should be changed to permit the board more latitude in determining whether to review cases such as Legere's.

"He shouldn't be eligible for parole any more," Harris said.

His interviews with the killer led him to believe the inmate was highly manipulative and deceptive, and that he should remain incarcerated in a maximum security prison.

Harris praised the parole officer's report presented Wednesday, which recommended against Legere's release, and noted that the inmate's "distortions, manipulations and pathological traits" make it hard to assess if he's telling the truth.

However, the 71-year-old former corrections officer is worried by Legere's repeated references during the hearing to his desire to be moved to a lower security institution.

"This parole process is part of his attempt to get transferred to a lower security, and as far as I'm concerned, Allan Legere should never be in any level less than maximum security," he said.

The former Conservative government changed sentencing in Canada to allow judges in cases of multiple murders to stack the 25-year period before parole eligibility. That resulted in Justin Bourque, who murdered three Mounties in Moncton in 2014, being sentenced to life in prison without parole eligibility for 75 years.

However, that legal change isn't retroactive to earlier cases like Legere's. In addition, Quebec's top court ruled in November that depriving mass killers of parole eligibility for 50 years or more is unconstitutional.

A spokeswoman for Public Safety Minister Bill Blair didn't provide a response to a question on whether Ottawa is reviewing the Corrections and Conditional Release Act or considering reform in light of the Legere case.

Her emailed statement noted that parole hearings can take a significant toll on those involved, adding: "We commend the bravery and strength of those who make our communities safer by having their voices heard."

Anthony Moustacalis, a former president of the Criminal Lawyers' Association, said while he understands how victims may be frustrated by repeated parole hearings in cases like Legere's, he is of two minds over potential law reform.

"In some cases it's obvious the crime and the person committing it are so abhorrent that parole just doesn't make sense," he said.

However, he said the possibility of parole may motivate even the most dangerous offenders to improve their behaviour while incarcerated.

"Correctional science shows there's some value of allowing people to apply for parole, because it allows for better management and control of the person while in jail," Moustacalis said.

This report by The Canadian Press was first published Jan. 14, 2021.