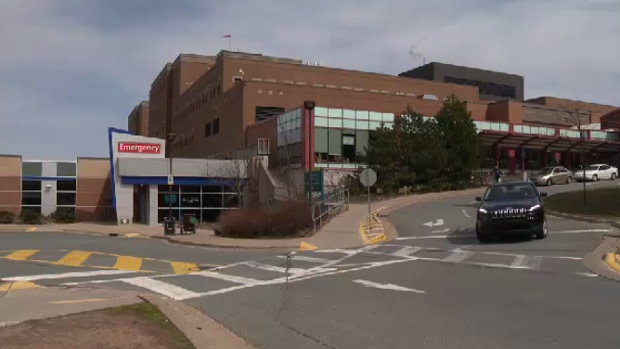 And it didn’t happen overnight.

He noted that the crisis stems from cuts and poor planning made decades ago --- planning that didn’t consider a growing and aging population, or the possibility of a global pandemic.

“All that ended up happening was, by being more efficient, they took the means to produce good health out of system, such that there were no redundancies left,” he said. “There's no way for parts of the system to cover for each other when there's a crisis.”

The hope now is that governments and health authorities learn from the past and plan better moving forward, something the president of Doctors Nova Scotia, Dr. Leisha Hawker, says is critical.

“We have a lot of senior family doctors in Nova Scotia, many who probably would have wanted to retire five, ten years ago and have continued to work,” she said. “So in the future, we need to do a better job of human resource planning so that we don't get into this crisis again.”

It’s an increase of 30,000 people in less than a year. The growing wait-list can be attributed to a range of factors, from population growth to doctors leaving or retiring.

The August report states that 37.6 per cent of people said they wanted to be added to the registry because they were new to an area, and 24.7 per cent reported their provider had moved or closed their practice.

But Hawker says peoples’ health must remain most important.

“Don't delay if you do have a serious health issue because we're also seeing people avoiding the emergency departments, so we also don't want that,” she said.

Howlett says emergency room doctors and nurses want to get back to doing their jobs, the way they were trained to do them.

Many trapped in Florida as Ian heads toward South Carolina

Rescue crews waded through flooded streets and used boats Thursday in a scramble to save people trapped after Hurricane Ian destroyed a cross-section of Florida and brought torrential rains that continued to fall. The destruction began to come into focus a day after Ian made landfall in Florida as one of the strongest hurricanes ever to hit to the U.S.

Hundreds of royal fans lined up outside Windsor Castle for the chance to pay their final respects to Queen Elizabeth II as the chapel where the late monarch was buried opened to the public Thursday for the first time since her death. The queen's death certificate says the 96-year-old monarch died of old age.

Gas prices jumped overnight in some cities across Canada by as much as almost 20 cents.

The family of an Indigenous woman who was mocked by staff as she lay dying in a Quebec hospital in September 2020 has filed a lawsuit seeking nearly $2.7 million.

A family doctor in Calgary has filed a human rights complaint over Ottawa's decision to no longer require masks on airplanes to prevent the spread of COVID-19.

A beauty queen from Myanmar who took refuge in Thailand after criticizing her home country's ruling military junta has left Bangkok for Canada where she is expected to seek asylum.

The family of Hae Min Lee is appealing a Maryland judge's decision to vacate the murder conviction of Adnan Syed, who was accused of killing the teen and served more than 20 years in prison before his release last week, according to a court document filed Wednesday.