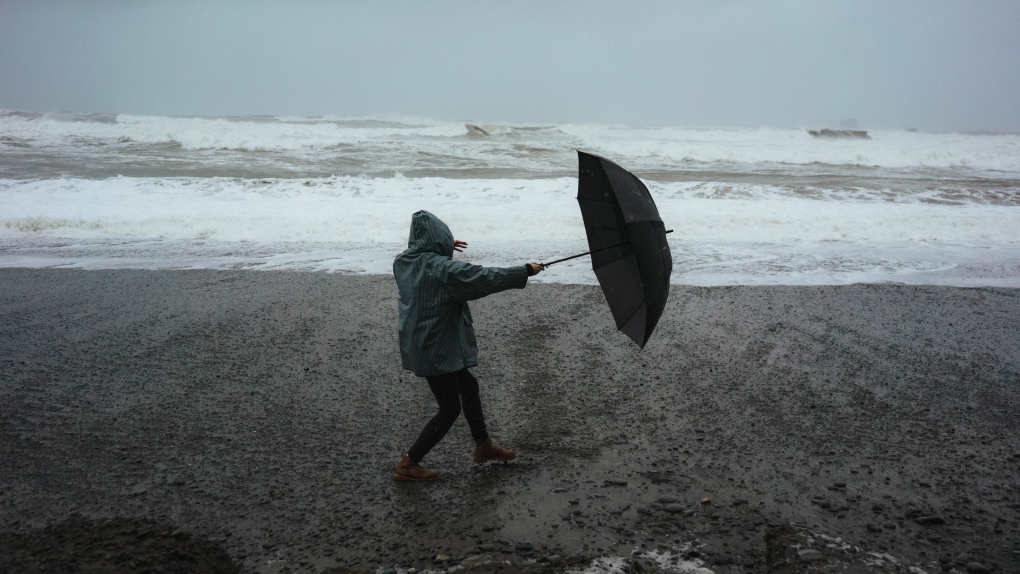 The remnants of the storm are expected to come over the peninsulas in eastern Newfoundland Sunday, with Environment Canada suggesting residents prepare for fast and heavy precipitation.
ST. JOHN'S, N.L. -

The Newfoundland and Labrador government is advising residents of the Avalon, Bonavista and Burin peninsulas to prepare for possible heavy rainfall and strong wind gusts as a result of post-tropical storm Odette.

The remnants of the storm are expected to come over the peninsulas in eastern Newfoundland Sunday, with Environment Canada suggesting residents prepare for fast and heavy precipitation.

The province says due to potential flash flooding in southeastern Newfoundland, municipalities and local service districts should review their emergency management plans and ensure infrastructure such as roads, ditches and drains are clear of debris.

It also suggests that homeowners should secure loose items around their properties, ensure sump pumps are in working order, and consider moving important documents to higher ground.

Environment Canada says in its forecast that it's possible the storm would hit with less force than forecast, but that its course remains unpredictable.

The forecast service says if there are heavy downpours, it could lead to pooling of water on roads, and the province is advising motorists to check driving conditions on their mobile phones.

This report by The Canadian Press was first published Sept. 19, 2021.