Herd of wild horses future in jeopordy because of safety concerns 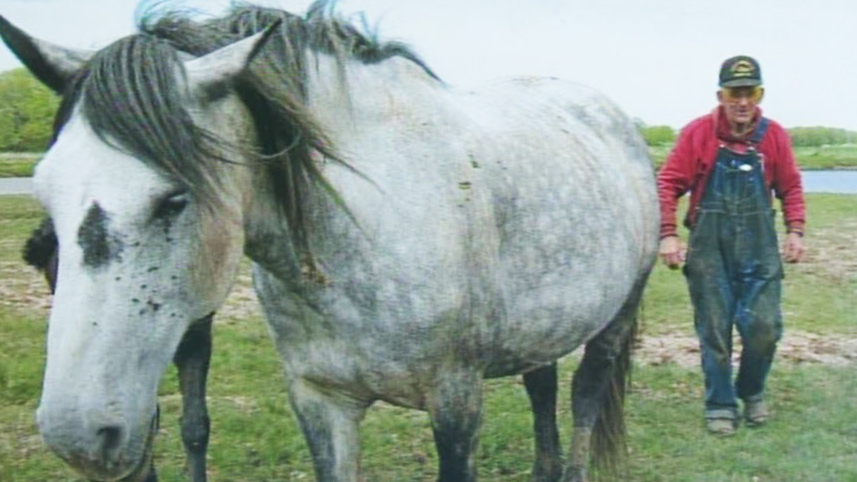 A herd of feral horses in rural Nova Scotia won't have to be put down after all.

A herd of feral horses, that roam near the town of Windsor, Nova Scotia, have lived off the land for over 20 years, however their future is in question.

Two domesticated horses, overtime, multiplied into as many as 30 animals, now hovering around 14. Hidden among the trees beside the winding Saint Croix River, in a place called Sweets Corner, the horses live on a vast tract of undeveloped wilderness, known as the former Fundy Gypsum property, now claimed by Ralph Morash’s herd.

“Animals mean a lot to me, I just have it in my nature,” says Morash.

However, the elderly man’s passion has become a growing problem. Over the years, the 75-year-old has not been able to offer the animals the same care.

Aging fencing on the land has fallen into disrepair. The municipality says the landowners have been told to either fix the fences or cure the problem.

"We're concerned an adult or child could be trampled to death, or a car could hit a horse on the road and somebody could get killed," says West Hants Warden Richard Dauphinee.

Gary Cochrane is the deputy warden for the area and he has heard ongoing complaints from neighbours about some rogue horses, mostly stallions that have been kicked out of the heard and venture out well beyond the fallen fence line.

"From a distance, you think they're nice looking horses but they are still feral horses and very untrustworthy," says Cochrane.

Cochrane says that he and his neighbours can’t allow their kids to play outside, there is also fear of disease being passed on to their local livestock and pets.

According to a statement issued by USG Corporation, which owns the land, there have been numerous requests over the years for Morash to move the horses from the land.

The company recently built a road deep into the rugged area where the horses roam and that construction is causing concern and controversy over the future of Morash’s herd. Some residents are calling for the animals to be put down.

“It hurts me deeply, I’m trying to do the best I can,” says Morash.

Morash admits he is well beyond being able to care for the horses and says he needs help to herd them up and relocate them.