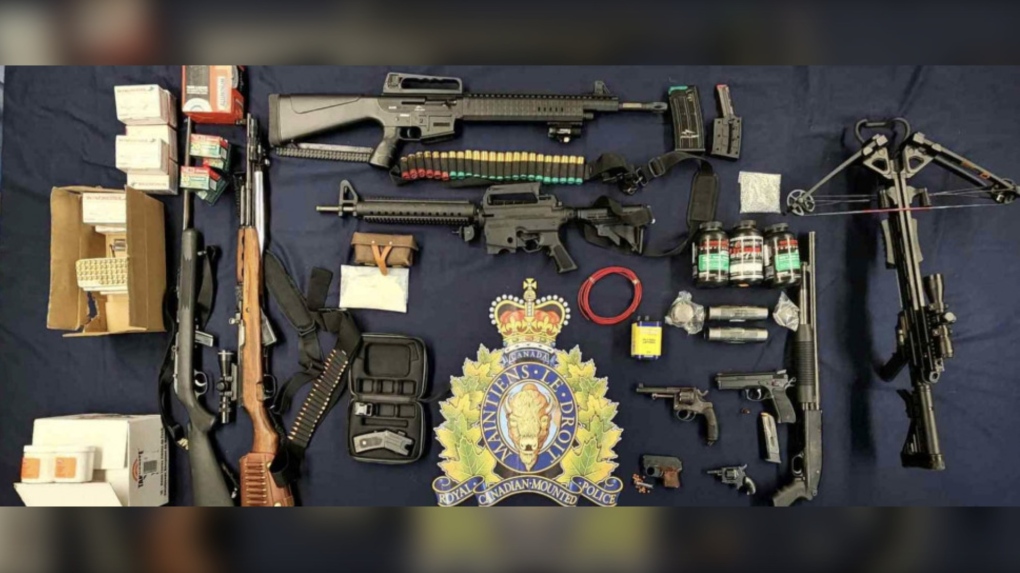 RCMP says the search led to the seizure of more than half a dozen homemade pipe bombs, as well as components for building additional devices. Police also seized nine unsecured firearms, including several restricted and prohibited weapons and at least one that was loaded, as well as ammunition.

A 40-year-old man from Moncton, N.B., has been arrested after police seized multiple homemade explosive devices from a home in the city as part of an ongoing investigation.

Based on evidence gathered through the investigation, the RCMP Explosives Disposal Units (EDU) from New Brunswick and Nova Scotia also attended the scene.

According to the RCMP, the search led to the seizure of more than half a dozen homemade pipe bombs, as well as components for building additional devices. Police say they also seized nine unsecured firearms, including several restricted and prohibited weapons and at least one that was loaded, as well as ammunition.

"Members took every precaution during the execution of the search warrant, including making sure we had the expertise on site to deal with any items found," said S/Sgt. Mario Fortin of the Codiac RCMP.

"At no point during the operation was there a risk to the general public."

Police arrested a man at the scene, who was later released on conditions. He is scheduled to appear in Moncton provincial court on Oct. 12.