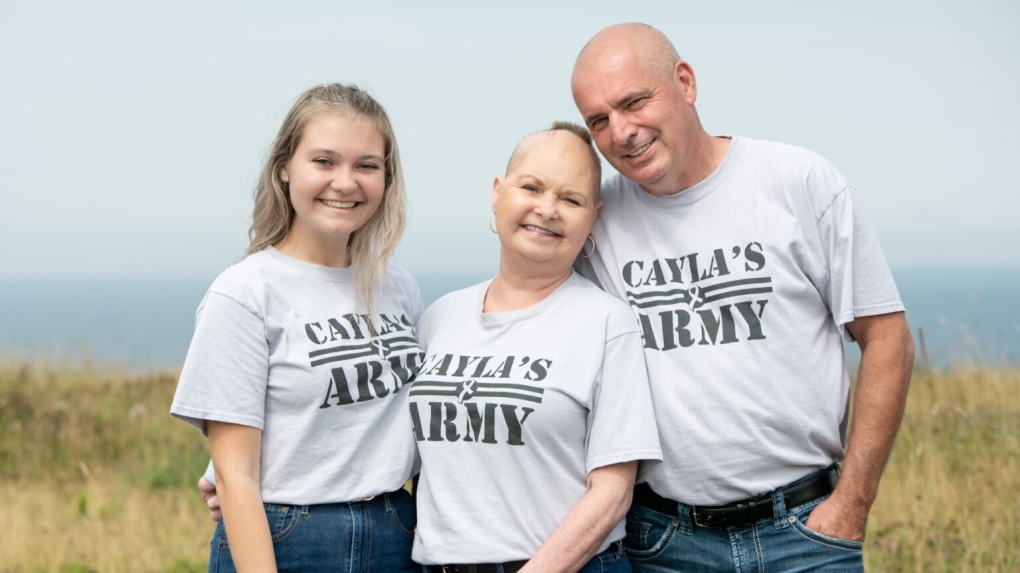 It's been about a year and a half since Cayla Gouthro and Tim Toomey got married inside the Cape Breton Regional Hospital.

Now, it's been fewer than eight months since Cayla Gouthro Toomey died.

"It's tough. It's a tough go,” said Tim Toomey. “She was my best friend and I really miss her."

The couple's tragic love story touched a lot of people. They hastily arranged the "I do's" after Cayla had a brain tumour the size of a peach removed in the spring of 2020. Pulling off the wedding in the middle of lockdown was complicated, but now Tim is even more grateful they tied the knot when they did on May 27 of last year.

"It was a huge effort to come together within 16 hours to have everything in place during the pandemic and everything, the license and everything,” Toomey said. “And to get married in the hospital, it meant the world to both of us."

On March 17, Gouthro Toomey passed away at age 52.

"She was doing well for a while,” said her daughter Haley Toomey. “But then just gradually after the new year, she just declined extremely rapidly."

Now, Gouthro Toomey’s memory is being kept alive in a new way. She is the face of this year's Cape Breton Regional Hospital Foundation gift-giving catalogue.

"It means the absolute world to us,” Haley Toomey said. “It's hard enough with her not being here, but knowing that her story and her legacy will always live on, it's incredible."

This year’s catalogue isn't just for the holidays. Gifts can be purchased all year round to support health care needs, and brighten a patient's day. Now, as they prepare for their first Christmas without Cayla, Tim and Haley Toomey say it eases a bit of the pain to help give back.

"Absolutely, it lifts our spirits,” said Tim Toomey. “It's good to see that her story is staying in the forefront and if people out there can help in any way, do it."