How the Halifax Explosion led to the creation of the CNIB 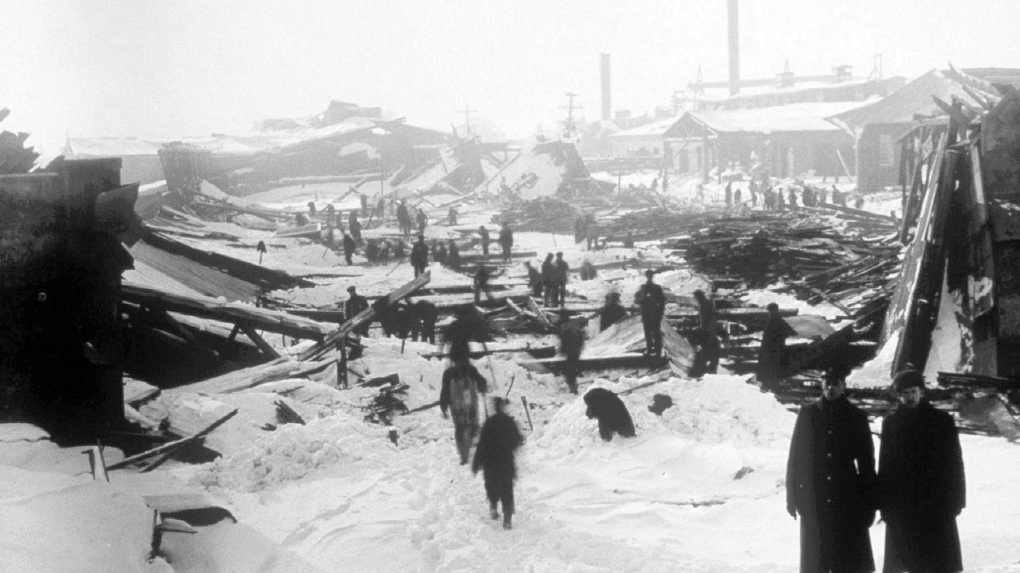 The Halifax Explosion claimed thousands of lives, but it also altered the lives of hundreds of others, many of whom lost their sight in the blast.

The tragedy remains the largest mass-blinding incident in Canadian history and led to the creation of the Canadian National Institute for the Blind.

As people pressed their faces to their windows, curious about the flames erupting aboard SS Mont Blanc in Halifax Harbour, they had no idea it would be the last sight they would ever see.

“Many of the people who were blinded were actually, it was because they got shards of glass from the window in their eyes,” explains Jane Beaumont, an archivist for the CNIB.

Roughly 2,000 people were killed when the munitions vessel SS Mont Blanc collided with the SS Imo in Halifax harbour on Dec. 6, 1917. Thirty-seven people were blinded, more than 1,000 eyes were treated for eye injuries, and a couple hundred more had to have their eyes removed.

“I try to imagine instantaneous change in your life when you lose your sight in an accident, the trauma of the explosion, what’s happened to the rest of your family,” says Beaumont. “Perhaps your husband was at work and he’s gone missing, or your husband is in the trenches in Europe.”

She also points out that there were no social services or supports available for victims at that time.

“Adults before this time had very, very few resources, and if they were, if they didn’t have private resources, they were pretty much destined to poverty,” says Beaumont.

As the first province to legislate education for the blind, Nova Scotia was already known for its progressive policy for the blind and visually impaired. However, the Halifax School for the Blind was only for children, and with hundreds of people affected by the Halifax Explosion, and more veterans returning home blinded from battle, there was a need to help adults.

The principal of the school lost his own sight as a teenager, so he understood the challenge of losing one’s sight and adapting to a new life. The son of a doctor from Windsor, N.S., Charles Frederick Fraser was educated at the Perkins School for the Blind in Massachusetts. He would draw on those contacts and their skills to help in the wake of the Halifax Explosion.

“He was a tireless advocate for people who were blinded and he believed that people who had lost their sight or had low vision could lead useful lives and should be given all the tools they need to do that, which wasn’t necessarily the attitude in the rest of the country or the world in general,” says Beaumont.