Hurricane Chris to make landfall in Newfoundland as post-tropical storm 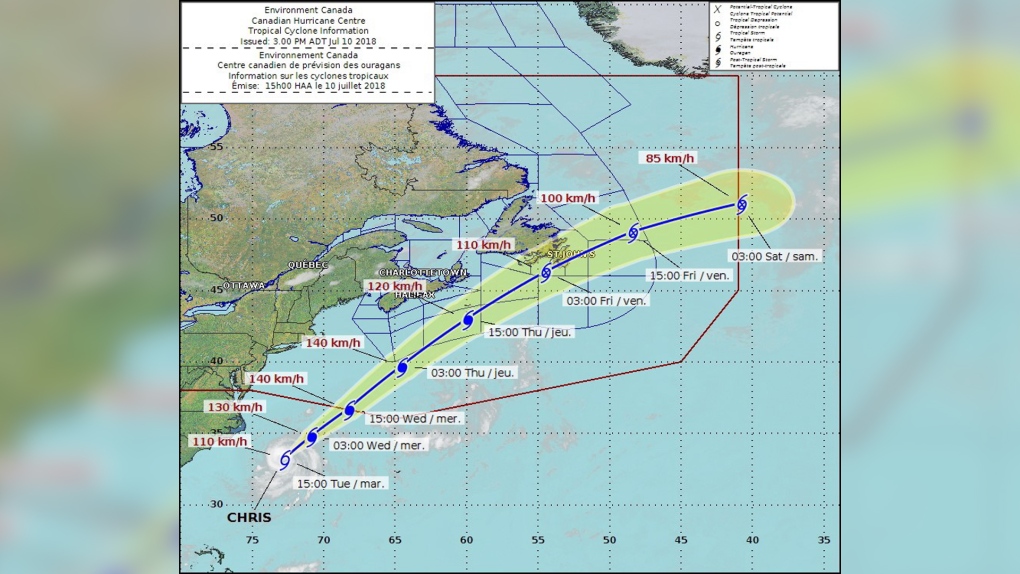 The projected course of tropical storm Chris is shown in this handout graphic. THE CANADIAN PRESS/HO - Environment Canada

Rain warnings have been issued for the region, where up to 70 millimetres could fall by Thursday night. Wind gusts of up to 110 kilometres per hour were expected for parts of the Avalon Peninsula, including St. John's.

The storm, downgraded from hurricane status earlier in the day, was expected to come ashore between Cape St. Mary's and Plancentia, then track northeast across the Avalon, moving right over St. John's.

Environment Canada meteorologist Justin Boudreau said the worst of the weather was expected to subside by midnight, with sunny conditions forecast for Friday.

He said wind speeds in excess of 100 kilometres per hour are unusual for St. John's at this time of year.

Boudreau said with trees in the area still laden with leaves, there could be a great deal of debris blowing around.

However, he said the fast-moving storm is expected to move out to sea after two or three hours.

Similar tropical air masses have produced rainfall rates of up to 25 millimetres per hour, so flash floods are possible, Environment Canada warned.