Hurricane Teddy could have impact on Atlantic Canada next week 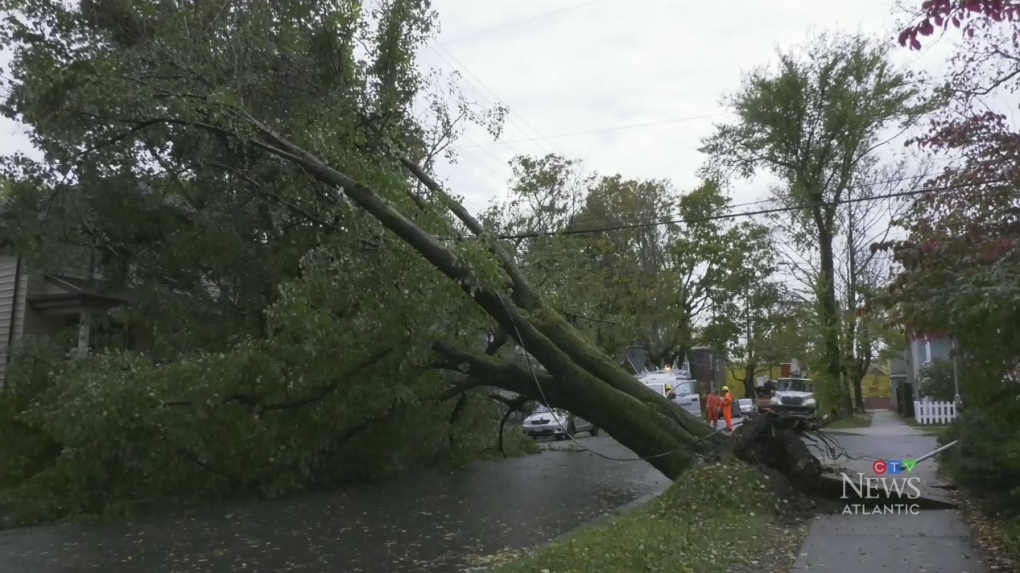 HALIFAX -- It's in the extended forecast by the National Hurricane Center, but there is better consensus that Hurricane Teddy could have an impact on the Maritimes and Atlantic Canada early next week.

In an updated forecast issued Thursday at 11a.m. ADT by the National Hurricane Center, Teddy was declared a major Category 3hurricane with maximum sustained wind speeds around the eye near 195 km/h. 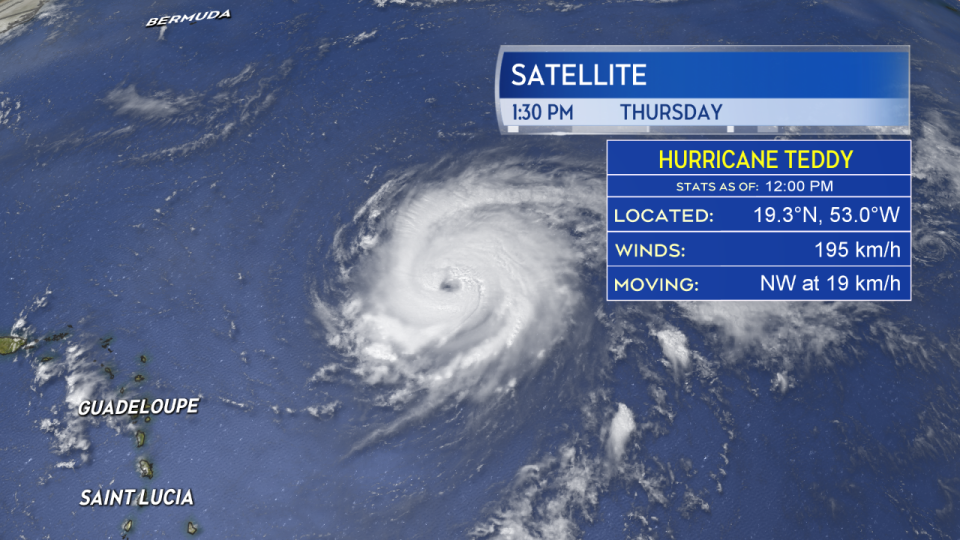 Teddy, now a Category 3 hurricane, is moving northwest towards Bermuda.

A brief period of strengthening over warmer ocean waters may see Teddy reach Category 4 in strength before weakening back to Category 3 on approach to the area around Bermuda by late Sunday into Monday.

Past that point we are into the extended forecast for the system, which does contain a higher amount of uncertainty, but is also the period of concern for Atlantic Canada. That forecast has Teddy on approach to the Georges Bank and the West Scotian Slope marine areas as a Category 2 hurricane with maximum wind around the eye near 160 km/h Tuesday morning. 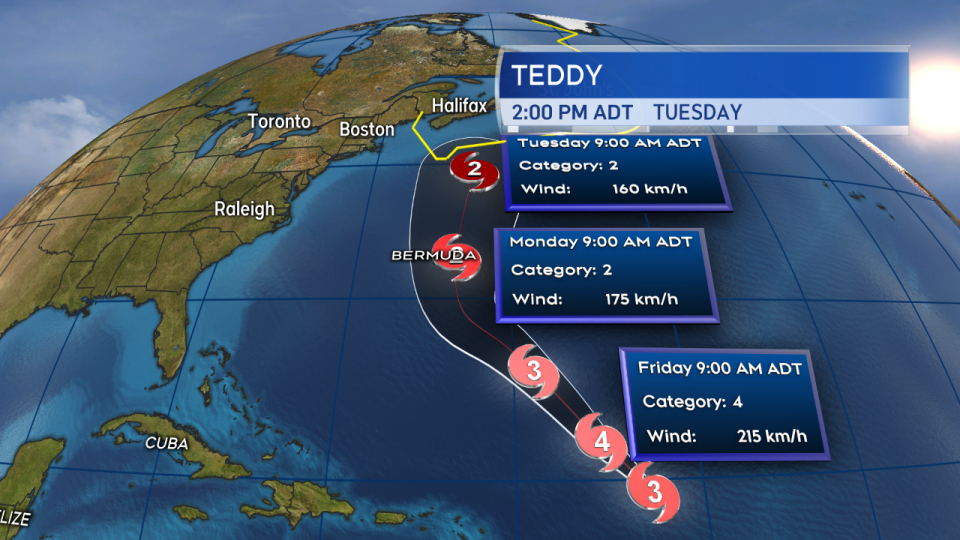 From there, the range of possible tracks for the storm includes a landfall somewhere along the Atlantic coastline of Nova Scotia to a recurve north and east just off the coastline resulting in a landfall or close pass to Newfoundland. Details of the pass and exact impacts to the region will come into focus later this weekend. 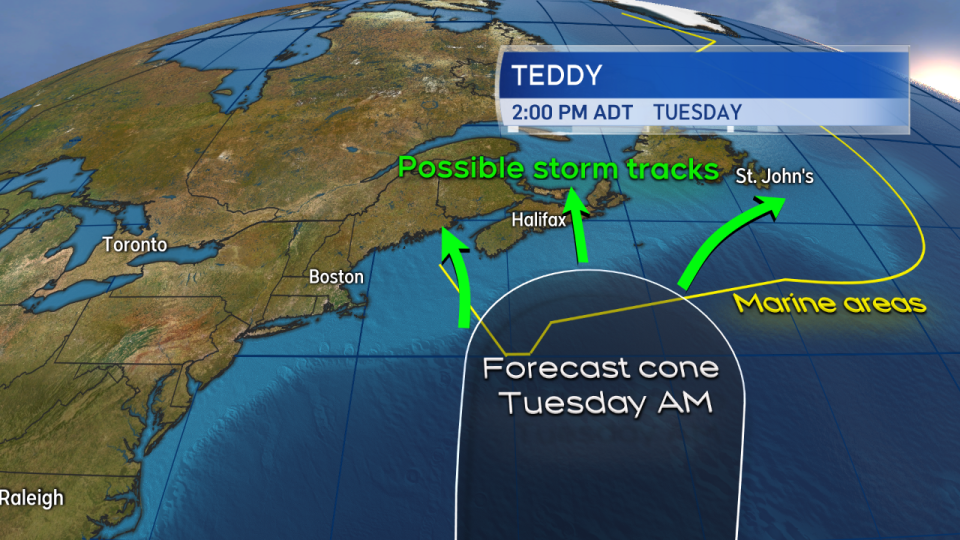 Though the forecast cone comes into at least the Maritime marine areas, there exists a significant amount of uncertainty as to how the storm will pass through or past.

So what to do now? Be aware that this storm has the potential to impact Atlantic Canada on Tuesday. Monitor forecasts issued by the National Hurricane Center and the Canadian Hurricane Centre Friday and the weekend. I will be passing along information from those organizations through my televised weather forecasts, social media, and our news website at through the end of the week, weekend, and next week.

The storm is several days out, so this is a great opportunity to review your storm plans and check to see if you need to stock up on supplies for an emergency kit. If you need help preparing an emergency kit, resources can be found here.

In the event of a landfall, from past experiences, we know that one of the most common impacts is power outages. We live in a very active weather region. You should have a plan ready, year-round, to go 72 hours without power.