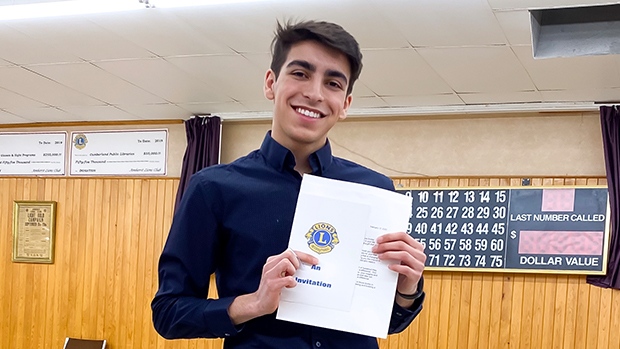 HALIFAX -- Rajan Minocha-McKenney is a determined teenager who is committed to making a difference in his school, community, and the world.

Student council activities have been a major part of Rajan’s time at Amherst Regional High School. He became class rep in grade nine, vice president in grade 10, and he was the first grade 11 elected as council president.

Rajan believes, as president, it is important to be a part of all the committees at his school.

“I liked to be hands on and involved,” says Rajan. 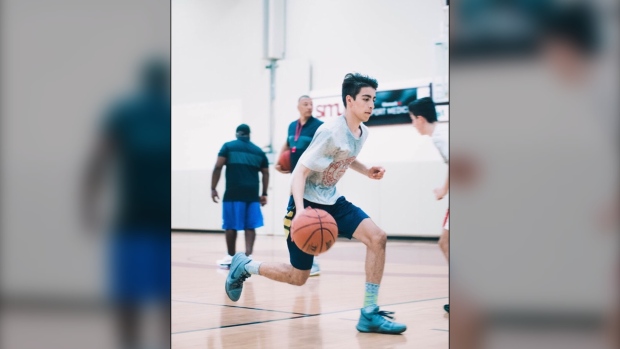 Rajan is captain of the basketball team at Amherst Regional High School.

In addition to his presidential duties, Rajan is captain of the basketball and cross-country teams, competes in track-and-field, is a member of the band, and helped to organize the first Gender Sexual Alliance Conference at his school.

“Being accepted and making sure everyone is equal is very important to me,” says Rajan.

Despite his busy schedule, Rajan manages to make time to study, achieving honours with distinction.

“It can be hard sometimes, with all my extra-curricular activites, but I try to keep my marks above 90,” says Rajan. 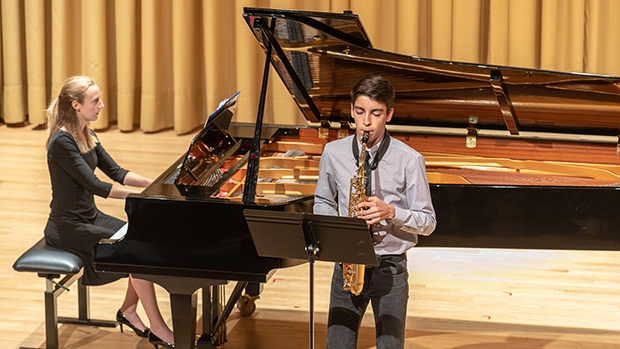 Rajan is a member of the school band at Amherst Regional High School.

Rajan also acts as junior mayor on the Amherst Youth Town Council. Rajan and his fellow council members used their position to shine a light on the issue of climate change, pushing the town to declare a climate emergency. Rajan says when the town accepted the motion, it was one of his proudest moments.

“They are now implementing a whole bunch of programs, systems that will go toward reducing our carbon footprint,” says Rajan.

“It gives me joy when I get to help someone, or see something is working that I’ve helped implement, to see that progress or success in a project you’ve been involved in.”

“They should get involved, because it opens you up to your community,” says Rajan. “You never know what you want to do until you try it. The best thing to do is get involved, what you are doing might end up being something you love and your passion for the future.” 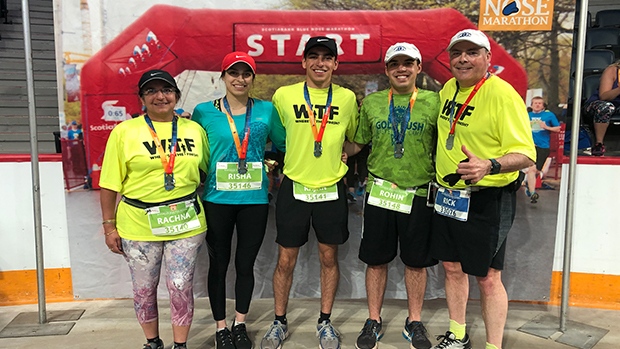 Rajan says his family are all very involved and have been a big support system for him.

Rajan was set to be awarded ‘volunteer of the year’ by the Town of Amherst, attend a national conference that empowers exceptional youth, and be recognized at a Halifax Hurricanes game, unfortunately, those events have all been canceled or postponed due to the COVID-19 pandemic. However, Rajan has handled the news with the grace you’d come to expect from a teen who’s committed to helping others.