'I love what I do': Halifax Folklore Centre marks half a century in business

HALIFAX -- A folklore music shop in downtown Halifax, N.S. is marking a big milestone, with no plans to slow down anytime soon.

Tom and Marla Dorward opened the Halifax Folklore Centre in 1971 and, this year, the pair are marking 50 years in business.

"Well, it's hard to believe that half a century has gone by," said Tom Dorward. "We've been in this location for 48 years and then had two years at a building across the street, which no longer exists."

According to Tom, many of the buildings that surrounded the music shop five decades ago are no longer there – a testament, he says, to the importance of music to those in the area.

"The Keltic background, people here like to play music, not just listen to music," said Tom.

The music shop, which is located in a 150-year-old Victorian home, specializes in stringed music instruments. Tom says he has done his best to keep the shop looking like an original 1900s music store. 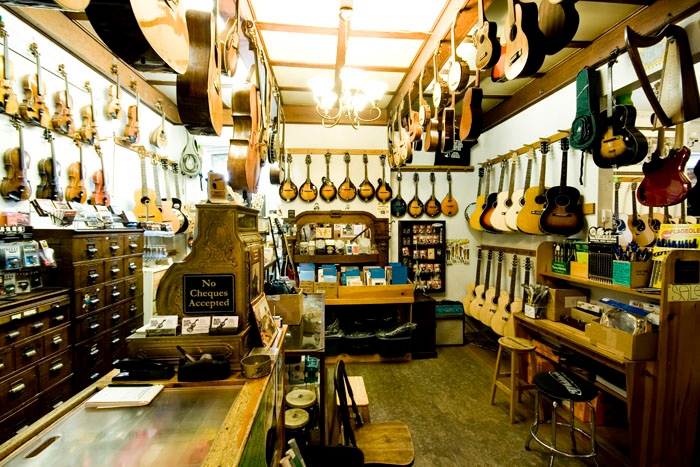 "If I showed you a picture of the interior of a music store in the 1900s, it wouldn't look a lot different than our store does today," said Tom.

After operating for half a century, Tom says he's worked with three generations of customers.

Even well-known musician Joel Plaskett has been in-and-out of the shop over the years.

"Our original customers were college students, a lot of them, back in 1971. Then they got married, had kids, and these kids came of age at 10, 11, 12 and started playing guitar. And they became our customers, like Joel Plaskett," explained Tom.

Tom says Plaskett's father was one of the shops first customers in the 1970s. It didn't take long until Joel himself was making appearances at the store.

"And of course, then Joel became very well-known and now Joel has kids who will be our customers as well. So, when you're that old, 50 years, you're into three generations, which is quite interesting to have all those kids come through," said Tom.

Tom says the work he does at the shop is a true passion of his. 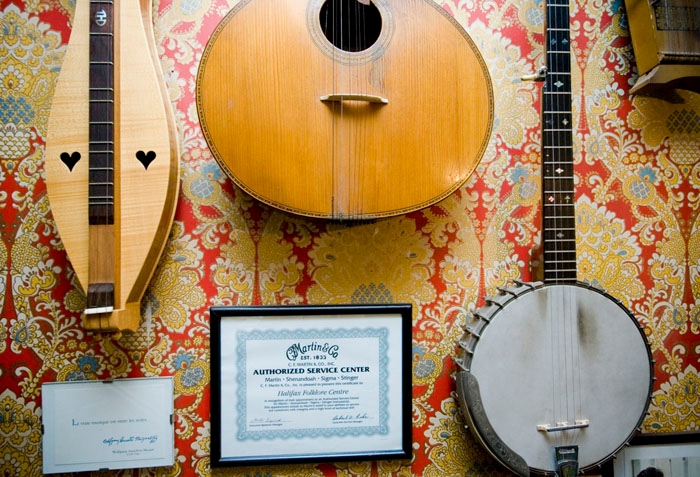 "I love what I do. We restore old instruments, vintage instruments. People find things in their closets that they bring in that haven't been played in years," said Tom. "We fix them up and make them playable again. We love recycling.  That is one of the main things we do, is recycling old instruments."

Noah Tye is an employee at the Halifax Folklore Centre. He says it is amazing to watch Tom do his work.

"He is one of the higher regarded luthiers, probably in the world," said Tye. "He would never let on to the fact. It's a cool thing to sit and watch him work, and be a fly on the wall and sit and take some notes." 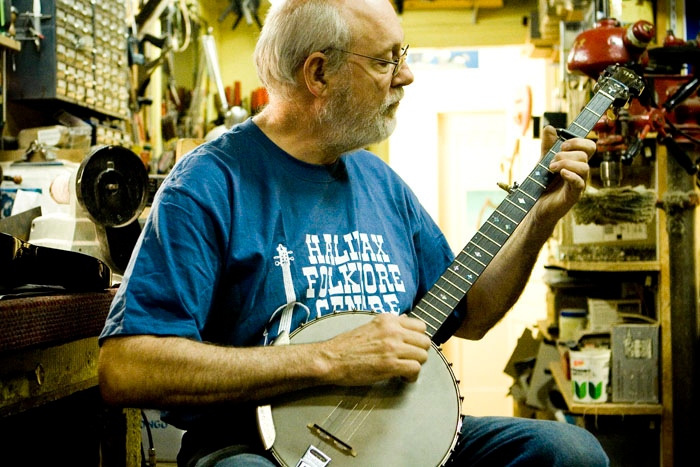 Tom says highlights from the shop over the years are plentiful, including visits from celebrities. However, he says his main customers are what has kept his passion thriving.

"Generally, you do 50 years with your regular customers. Just, the people that play for themselves, play for parties in their home, those are our main customers," explained Tom.

"It's pretty hard to now think back and think, 50 years, that's an incredible amount of time. When you do your hobby, how do you retire? So, I guess I am stuck doing it for a while."