In St. John's, hopes rise of return to normalcy in daily life -- and death 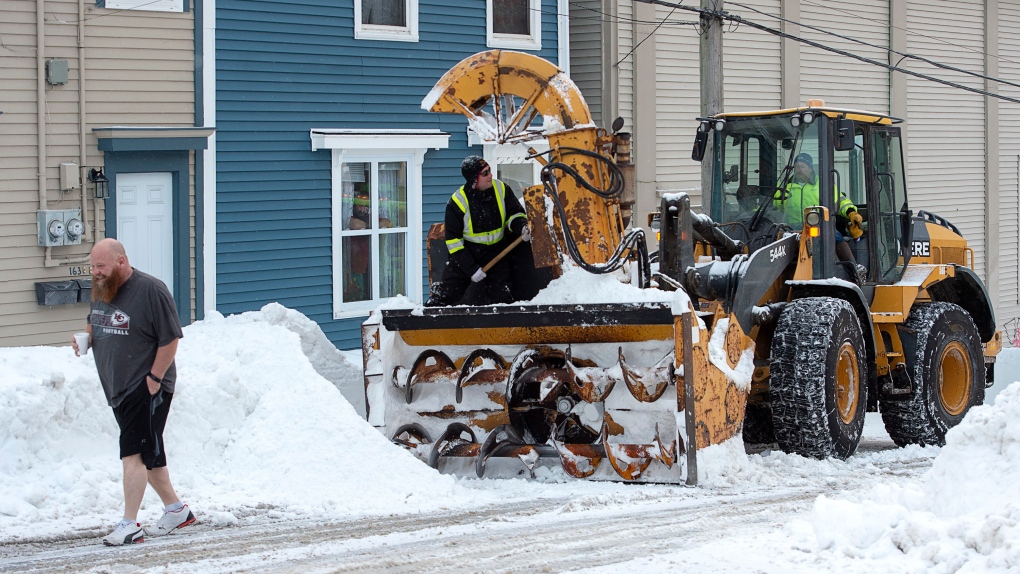 A resident heads back to his home after chatting with workers as they continue to remove snow from the streets in St. John’s on Tuesday, January 21, 2020. (THE CANADIAN PRESS/Andrew Vaughan)

ST. JOHN'S, N.L. -- There's hope in St. John's, N.L., that the daily concerns of life -- and death -- will slowly begin returning to normal over the weekend.

Thursday marked the provincial capital's seventh day under a state of emergency that was declared last Friday as a record-setting blizzard dropped more than 76 centimetres of snow in some areas.

However, the city has said after days of military and civilian efforts to clear snow from streets and parking lots, it is expecting the emergency status to be lifted by Saturday.

That was welcome news for Robert Barrett, the director of Barrett's Funeral Home, who said he's heard from families awaiting word on when they could hold wakes and funerals for relatives who've died in recent days.

Bodies have been kept at hospital morgues, and Barrett said municipal rules only permitted him to begin transporting them to his facility on Thursday.

"We have people who passed away a week ago and families haven't been able to start their grieving or visitations," he said in an interview. "It will be a relief for our families that they can move forward and go through the grieving and healing process."

Rev. Cecil Critch, a Roman Catholic priest at the Basilica of St. John the Baptist, said with churches closed there have been no funerals nor other religious sacraments at the cathedral since Friday. He estimated on a normal weekend, about 1,000 people attend masses.

"It's very difficult for the families who are grieving," Critch said during a telephone interview. "A funeral is part of the grieving process. You're trying to go through it, and then a week goes by and you don't have the funeral yet."

Critch said he's looking forward to hundreds of parishioners returning to mass on Sunday, and planning a homily around texts that deal with the healing of rifts within a Christian community.

Rev. Roger Whalen, the archdeacon and rector of the nearby Anglican cathedral of St. John the Baptist, said parishioners want to come together again, and he's received emails hoping the state of emergency is lifted by the weekend.

"Some people are able to enjoy each other's company in the snow, but many people can't do that. So being able to gather in community is very important to them," he said.

As of Wednesday evening, about 400 Armed Forces personnel were on the ground in the region and had completed an estimated 380 tasks of an assigned 450.

The city has been updating residents on a daily basis about businesses permitted to open as snow-clearing continues.

Mayor Danny Breen did not give a dollar figure about what the cleanup has cost so far, but said he would work with the provincial and federal government to potentially recover the costs.

Breen said during a media scrum Wednesday afternoon that "The state of emergency will remain in effect, we expect, until Saturday morning at 6 a.m."

However, all medical, dental and health practitioners, as well as veterinarians, were allowed to open at 8 a.m. on Thursday.

--By Michael Tutton in Halifax.