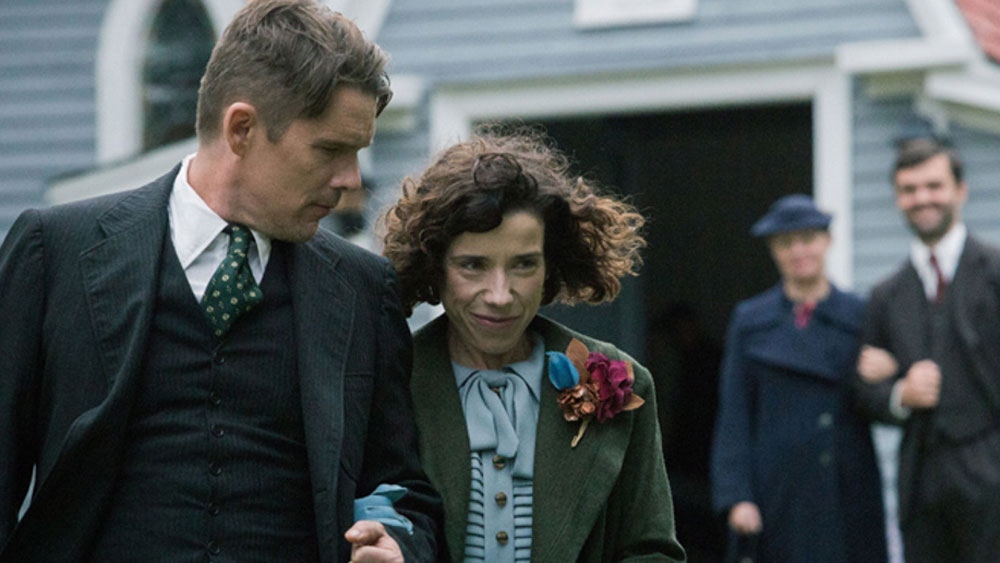 "Maudie" is the region's No. 2 film, with a higher per-screen average last weekend than the top-grossing The Fate of the Furious, according to Mongrel Media, the film's distributor.

"It definitely over-performed in Atlantic Canada."

The drama stars Oscar-nominated British actor Sally Hawkins as the reclusive Nova Scotia artist whose hands were riddled with arthritis, and American Ethan Hawke as her fish peddler husband, Everette.

It opened in limited release on April 14, and is currently being shown on 30 screens, half in the Atlantic region. A total of 75 screens will play "Maudie" across Canada by this weekend, including theatres in Corner Brook, N.L., and Antigonish, Amherst and Truro, N.S.

People have lined up around the block at some theatres, and at least one Halifax junior high school plans a field trip Thursday to see it.

The success has exceeded initial expectations, said Zimmer, although she adds that she knew Maudie would be an East Coast hit -- it is set in Nova Scotia and was filmed in Newfoundland.

"Seven of the top 10 theatres were in Atlantic Canada this past weekend," said Zimmer during an interview.

"'Maudie' has done very well for us," Volovics said. "I would say probably more than half of the audience (are people who) never come to this theatre."

Aisling Walsh directed and Sherry White wrote the Canada-Ireland co-production. It has received critical acclaim at various festivals around the world and captured the Super Channel People's Choice award at the Vancouver International Film Festival.

Two of her works were ordered by the White House during Richard Nixon's presidency after Lewis achieved national attention through an article in the Star Weekly and was featured in a CBC TV documentary.

Zimmer said they expect the film to be released in the United States, U.K., France, Germany, Spain, Australia and Japan later this year.

A Halifax native, Zimmer said she understands why the film was so successful in the Atlantic provinces.

"It's a story of a Canadian female artist, which is something we don't get the opportunity to see very often," she said.