'It meant everything to me': N.S. fire department volunteers tie knot in fire-themed wedding 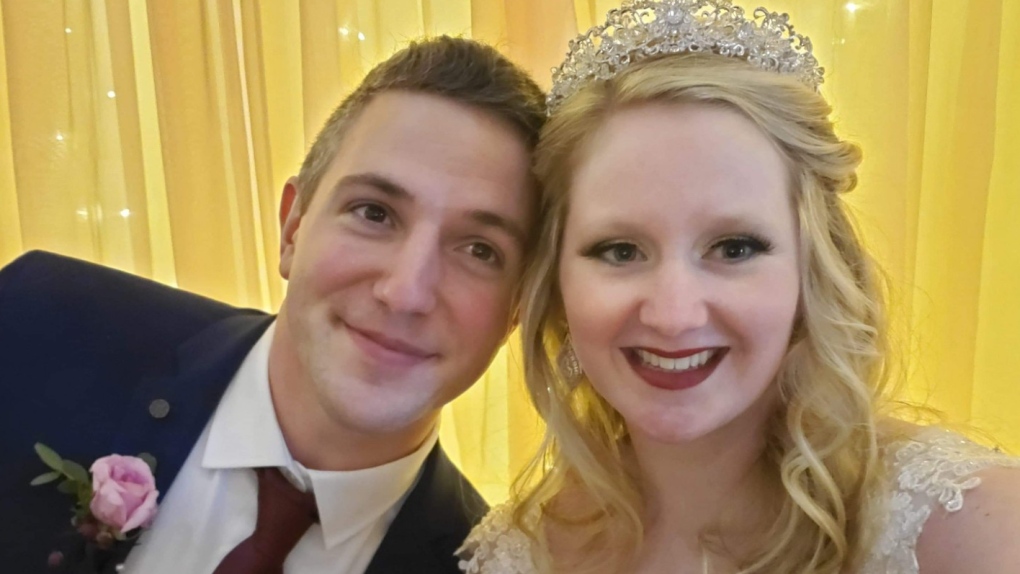 HALIFAX -- When Luke Guthro and Lindsay LeFresne were planning their wedding, there wasn’t much debate about where and how to tie the knot.

“Luke kind of is obsessed with the fire department,” said new bride LeFresne.

Guthro has been a member of the Enfield Volunteer Fire Department in Enfield, N.S., for nearly six years. LeFresne, who is also an associate member of the fire department, knew she wanted her big day to be unique, but also wanted to find a way to incorporate elements related to firefighting when she and Guthro became husband and wife.

So, the couple, both 27, decided to turn the old bay of the fire hall into a romantic space to hold the wedding of their dreams.

“When I first suggested it, he kind of thought I was crazy and I think everyone else did too, but it turned out awesome,” laughed LeFresne.

With the help of another firefighter couple, the space that typically houses gear and fire trucks was completely transformed for their Feb. 22 wedding.

Firehoses lined the aisles where family and friends sat to watch the service and bunker gear was put to good use: boots, pants and gloves were all turned into decorative pieces. An old helmet even held the pamphlets for the ceremony. 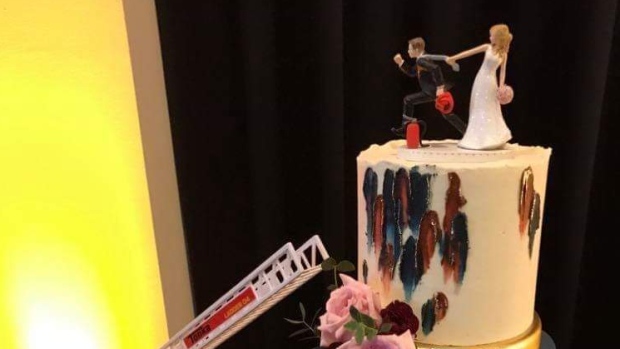 The end result was just what the couple was hoping for.

“The day was absolutely perfect and honestly, the hall looked better than what anyone could have imagined,” said LeFresne. “I think everyone was super surprised with how amazing it turned out. It takes a lot to turn just a plain, old fire bay into something so beautiful and yeah, it was truly amazing.”

“For me, the fire hall is my home away from home,” said Guthro.

“It meant everything to me to be able to share that moment and have not only my family there and my fire family and new family, my in-laws be there. I think it was something that was dear to both of our hearts and it just really turned out nice.”

The couple said it took just 23 minutes for all the decorations to be removed and the bay to be returned to its original state after they said their I dos.

“We really could not have been able to do it without the fire family. That’s really what kind of makes it so special,” said Guthro.

The firefighting influences weren’t just prominent at the couple’s ceremony.

The reception, held at a local hotel,  was also filled with creative nods to Guthro’s passion. For example, a Maltese cross, which Guthro says is an internationally-used firefighting symbol, was used to display the table numbers. Their wedding cake also featured a groom running away with a fire helmet and extinguisher.

A call for a structure fire came in at the beginning of the couple’s wedding reception but thankfully a nearby volunteer fire department was on standby that day – so Luke didn’t have to leave his own wedding reception to battle the blaze. 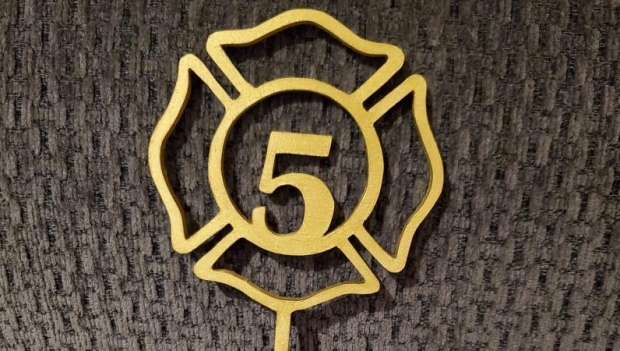