BEDFORD, N.S. -- With public health restrictions in place due to the COVID-19 pandemic, many Maritimers have had to come up with unique ways to celebrate special occasions.

Birthday parades and virtual celebrations have been some of the ways Maritimers have adapted, but there's also a growing popularity in lawn decorations.

Sixteen-year-old Logan Thorpe saw the growing trend and decided to jump on board. He created his own lawn sign rental business called Birthday Signs By Design. He creates and rents signs for all types of occasions.

"In March of last year, we began making these signs because we wanted to have a way to celebrate kids' birthdays, parents' birthdays or any special occasions," said Logan.

Logan started by making Happy Birthday signs, along with basic numbers and balloons.

"It kind of took off during the first few months," said Logan. 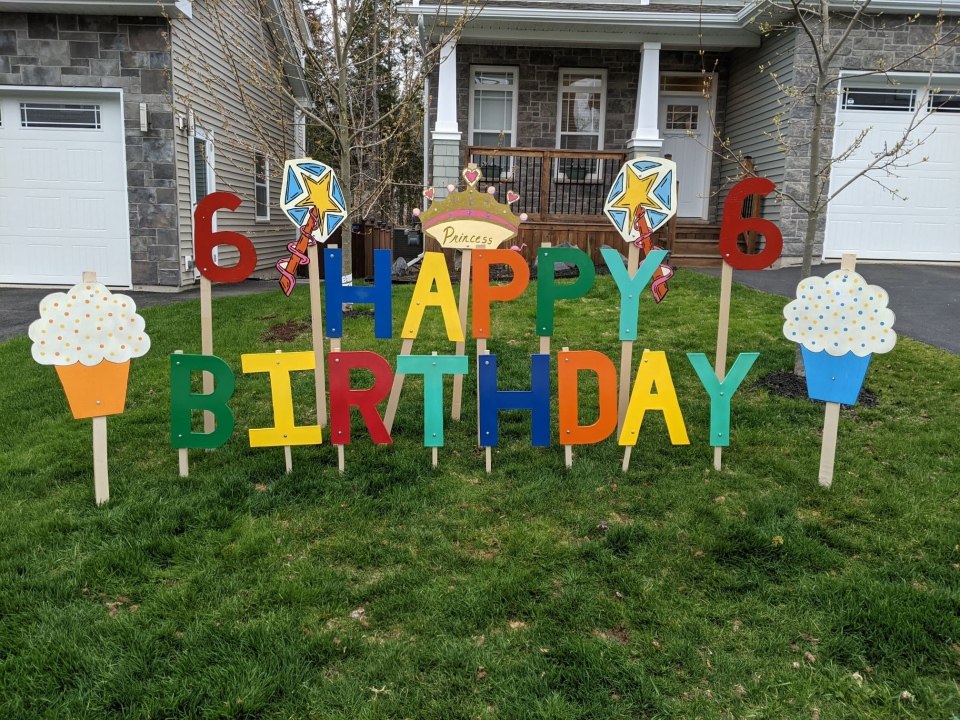 Today, Logan's creations have expanded. He now makes a variety of signs including anniversary, new baby and congratulations signs.

"We're really trying to appeal to a larger audience of people now and we just, our main goal is to make some kids smile, make the community, kind of, bring some joy to the community," said Logan. 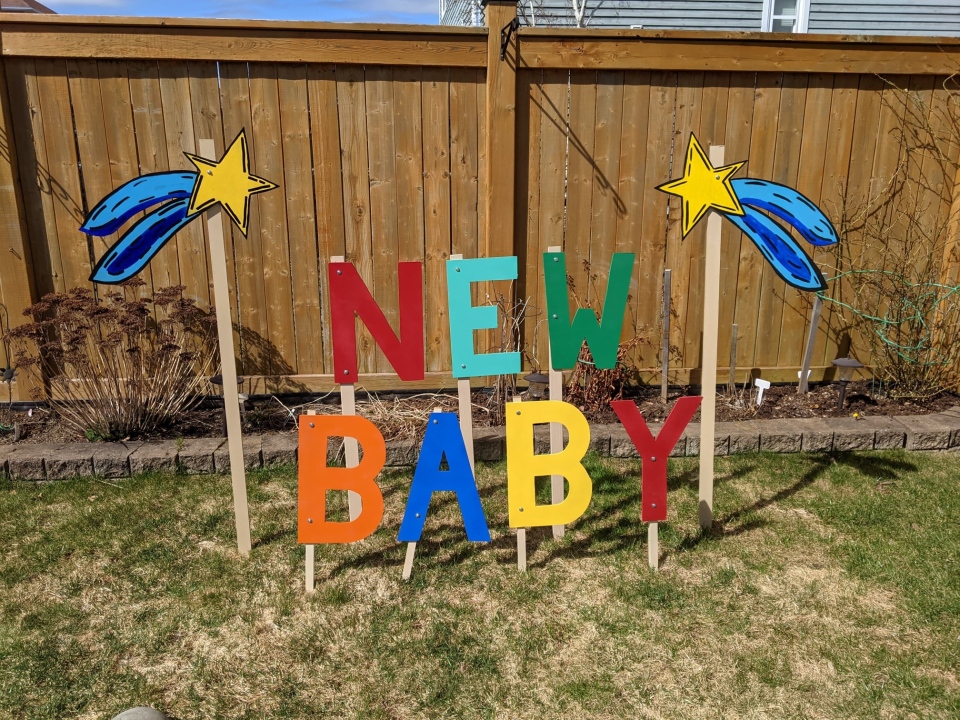 As far as creating the signs, Logan says they all begin with a template.

"Once we have them all drawn out, my mom and I will cut them out with a band saw, each separate sign, and then we go into painting, varnishing, and putting them on stakes until they've had their finished product," explained Logan.

Logan says his mother and grandfather are also a big part of the operation. His grandfather helps cut the stakes for each sign, and Logan's mother uses her steady hands to help with the carving. 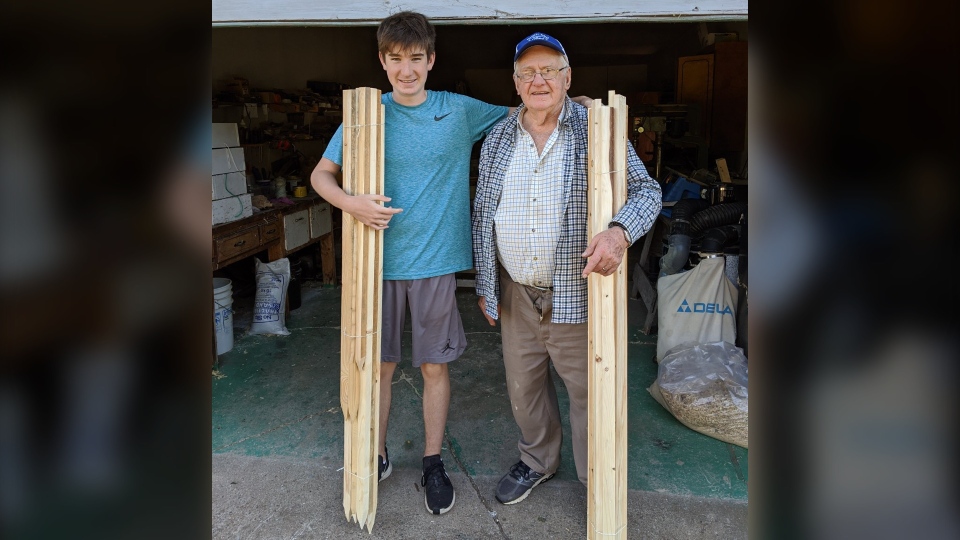 "My mom's a really integral part of the business. She helps me with cutting them out, because I don't have those same technical abilities that she does," said Logan.

Logan's mother says the new business venture has taught her son ways to give back to the community.

"It's teaching him a little bit about business as well. He is interacting with people, managing his own bookings, um, it's been awesome," said Brenda Melong-Thorpe, Logan's mother. "Logan has a very creative side as well, so this is a great outlet for him through these times."

Not only does Logan create the signs, he’s also responsible for putting them up.

"We set them up in the morning, about 7 a.m., in people's front yards or wherever they would like them," explained Logan. "And we'll take them down at about 6 o'clock, 6:30 in the afternoon. So, they're up during the majority of the day and people can stop by, take pictures with them, and it's a good positive experience for both the customers and us."