'It's been ignored for far too long': N.S. appoints panel on long-term care 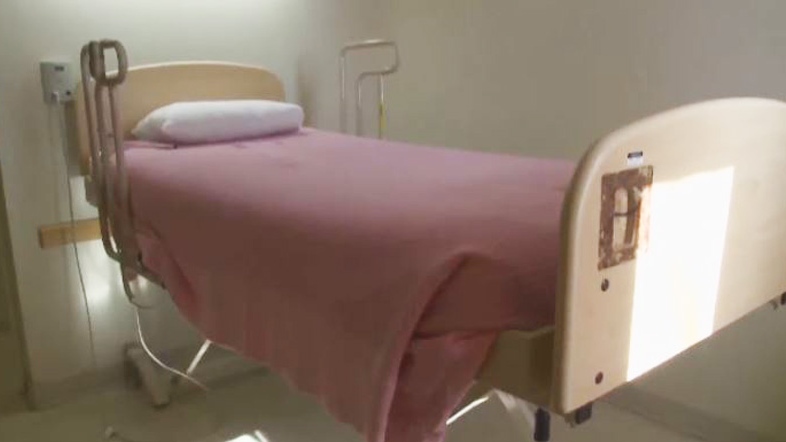 HALIFAX -- Three months after Halifax police said they were investigating the death of a woman suffering from a serious bedsore, the provincial government has appointed an expert panel to conduct a broad review of the long-term care system.

In May, her family told the Halifax Chronicle-Herald that the 40-year-old was living in a long-term care home in January when she was taken to hospital suffering from a large, infected bedsore that was about three centimetres deep. She died about eight weeks later.

In June, the province confirmed there were more than 150 nursing-home residents suffering from serious bedsores, and another 400 less-severe cases were also reported.

On Wednesday, Health Minister Randy Delorey said little when asked whether Dunnington's case had provided incentive for his decision to appoint the three-member panel.

"There have been a wide range of concerns raised for opportunities for improvement," he told a brief news conference.

Delorey said panel members will look into appropriate staffing and skill levels, and offer advice about the recruitment and retention of staff. As well, their report will look into wound care, patient and worker safety, and the protection of vulnerable persons.

In more general terms, the panel has been asked to "identify evidence-based solutions to improve quality of care in (long-term care) facilities."

However, the panel's mandate does not includes investigating whether the province needs more long-term care beds.

"The focus is on the quality of care, irrespective of the number of beds in the system," Delorey said. "(But) I'm not going to prejudge the recommendations that they are going to bring forward."

The panel is expected to submit its recommendations by Nov. 30.

There are about 6,900 nursing home beds and 900 residential care beds in Nova Scotia that serve about 11,000 people each year.

NDP Leader Gary Burrill said complaints about the province's long-term care facilities have been growing for the past three years.

"Finally, the government has recognized that there is a substance to this outcry and they're responding to it," he said. "I think it's high time."

Burrill said budget cuts were to blame, but a government spokeswoman said the province's long-term care budget had actually increased by $5.1 million since 2016. As well, she noted that the province recently announced the creation of 50 additional long-term beds at two new facilities in New Waterford and North Sydney.

"We've been asking for a review of long-term care ... for years," said union president Janet Hazelton. "It's been ignored for far too long."

She said the union has completed studies that show there isn't enough staff to handle the increasingly complex workload at the province's long-term care facilities.

With the province focusing on helping seniors stay in their homes longer, those entering long-term care facilities are now older and frailer than they used to be, Hazelton said.

"There isn't the right number of staff and the right complement of staff," she said.

Citing a 2001 U.S. study, the nurses union has said that 4.1 hours of daily care is needed to prevent deterioration in a resident's condition.

Nursing home operators have said they provide an average of three hours and 27 minutes of daily care, based on the current funding model.

Burrill said it didn't make sense for the panel to avoid making recommendations about the number of long-term beds, but Hazelton said that question might be difficult to answer, given the panel's tight deadline.

The New Democrats have brought forward legislation that would require long-term care facilities to comply with minimum staffing standards, something the nurses have called for.

Questions about long-term care and other health-care issues are expected to dominate debate in the provincial legislature when it resumes sitting Thursday.

However, Delorey's decision to appoint the panel will enable Premier Stephen McNeil's Liberal government to avoid some of those questions until the panel reports later this year.

"We intend to push this with everything we've got, " Burrill said, adding that the province's health-care system continues to suffer from a shortage of doctors and an excess number of emergency room closures.