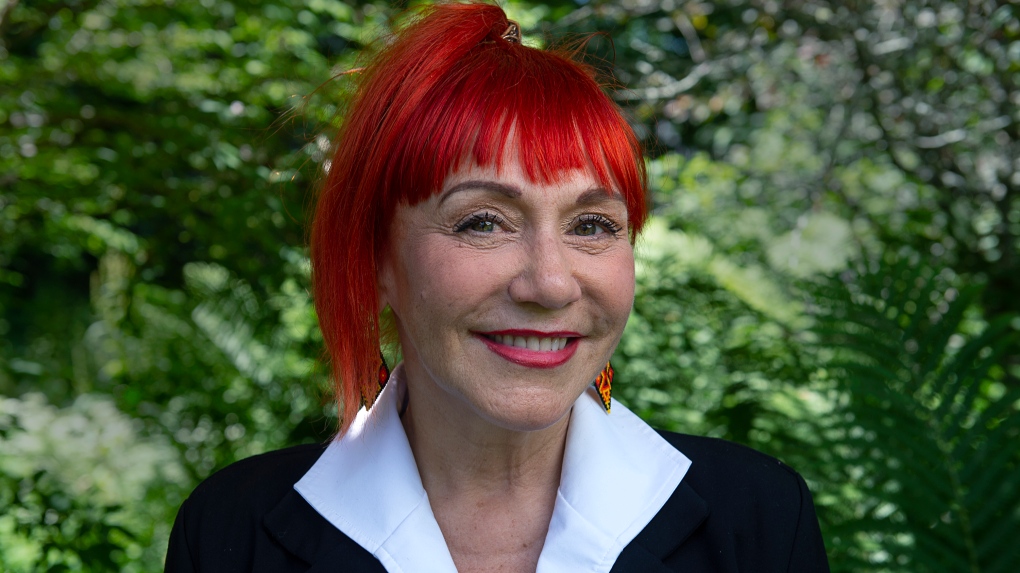 Lenore Zann, Member of Parliament for the riding of Cumberland-Colchester, at home in Truro, N.S. on Friday, July 3, 2020. Zann renewed her call for a public inquiry today, and Fraser issued a statement saying he also wants a comprehensive public inquiry. (THE CANADIAN PRESS/Andrew Vaughan)

HALIFAX -- A Liberal member of Parliament says she is installing a home security system in response to abusive online and telephone comments received after she advocated for increased gun control and a feminist analysis of the Nova Scotia mass shooting.

Lenore Zann said she noticed an increase in the vitriol after she supported her government's introduction of a ban of many assault-style guns and joined a call for a probe into the role hatred of women played in the April 18-19 shootings that claimed 22 lives.

Zann's part-time constituency assistant, Darlene Blair, says after the MP supported the gun ban, there was a steady flow of calls through May referring to the MP for Cumberland-Colchester with "unkind, vile, disgusting" language that on at least 15 occasions specifically targeted her gender.

Blair, says one caller left the Nazi anthem on the phone and another man warned Blair that people he was friendly with had firearms, and "he wanted to warn me there was going to be blood spilt on the ground."

More recently, a Truro resident who said he'd grown upset with Zann's policies directed an obscenity at her on his Facebook account and said he wanted "her head on a platter."

Zann said her office contacted the RCMP about the call regarding blood being spilt, and she directly contacted the Truro police about the Facebook post, adding that last week she took the first steps towards installing a security system in her home.

Truro police Chief David MacNeil confirmed that police advised Zann to consider a home security system after she reported the Facebook comments on June 27. MacNeil said Zann did not want police to follow up with the individual, so they did not contact him.

Bradley McLellan confirmed in an interview on Friday that he had posted the Facebook comment -- which has since been deleted -- and said he now regrets it. The account is not under his own name.

He said in a text message that he had sent an apology to Zann, "confirming with her that I feel terrible for scaring her, and I also assured her that she would never have any kind of violence from me."

He also said his comment wasn't driven by her call for a feminist analysis in a potential public inquiry into the mass shooting or by the Liberal government's position on gun control.

Rather, he said, he had grown angry over what he said was her focus on those topics, rather than on issues such as rural poverty, addictions and a lack of community economic development in Truro and surrounding areas.

"I'm not attacking feminism .... I'm asking her on numerous occasions, 'Are you sure your time is being used wisely?"' he said during a telephone interview.

However Zann said the post, coming on the heels of her comments on local television in favour of feminist analysis of the shootings, was unacceptable and made her uneasy.

"It's painful. It's a frightening image and I felt it was done in anger and to intimidate," Zann said in an interview.

Zann said it was brought to her attention by Cheryl Paris, the chairwoman of the Lotus Centre, a women's centre in Truro.

Paris said in an email that abusive language directed towards women in politics has become too commonplace, and that citizens should understand that the incidents aren't isolated.

"A threatening post (nuanced or otherwise) gives power to the reader and allows others to follow suit with the group's approval," she wrote in an email.

"It provides a platform for which a woman becomes the target of hate and anger and places her in an extraordinarily vulnerable position."

Further comments McLellan made regarding Zann's home, including a statement he lived nearby, increased her concerns, and she says she called the Truro police to raise the issue.

She said she didn't request Truro police contact McLellan directly, and he said during an interview he had not been contacted.

Zann said the comments online and the veiled threats to her office reinforced her view that women in politics frequently endure hateful comments.

The MP also said she believes that U.S. President Donald Trump's use of social media to make angry comments has emboldened citizens to make excessively crude comments to politicians.

"People can feel it's okay to be callously cruel," she said.

Blair said she has been a part-time constituency assistant for six years and she has never before seen such an outpouring of hateful comments in calls to the office.

"It's very notable. I often take calls from people who are angry, but I've never experienced anything like this," she said, adding that the calls to the office have died down in recent weeks.

She said police contacted the man regarding his comment on spilt blood, and he was instructed to stop calling the MP's office.

The 67-year-old constituency assistant estimated at the height of the string of abusive calls, about 15 different men used obscenities directed against women.

"I grew up in the generation where we worked hard to create equality between men and women, and we made some tremendous strides," she said.

"Now I see some cracks and I believe we're going backwards a bit."