HALIFAX -- Researchers are looking into what life may have been like in New Brunswick over 300 million years ago thanks to a recent find by a father, son, and best friend.

Rowan Norrad and Luke Allen are high school students in Halifax. The best friends have a shared love for paleontology – a passion that recently paid off in the find of a lifetime in the area of Grand Lake, N.B., with Rowan's father.

"It's a lot of luck, to be honest," said Rowan. "It's spending a lot of time out in the field flipping over a ton of rocks, checking all of them thoroughly and we just happened to flip over the right rock at the right time to get this amazing find."

The find Rowan is referring to is a fossil of a dragonfly wing, dating back more than 300 million years.

The teens sent the fossil to the New Brunswick Museum, where they've already sent hundreds of other finds from previous searches.

"This one is a single wing, it's the hind wing, about 10 centimetres in length. So, if you add a little bit for the body and the second set of wings for the other side, it probably has a wingspan of about 25 centimetres. Much bigger than anything today," explained Matt Stimson, the assistant curator of paleontology at the New Brunswick Museum.

Stimson says not only have the teens been reading and studying during their searches, they've taken very detailed field notes along the way.

"It's not just a treasure hunt for them," said Stimson. "They've actually been documenting their discoveries, which is very unique." 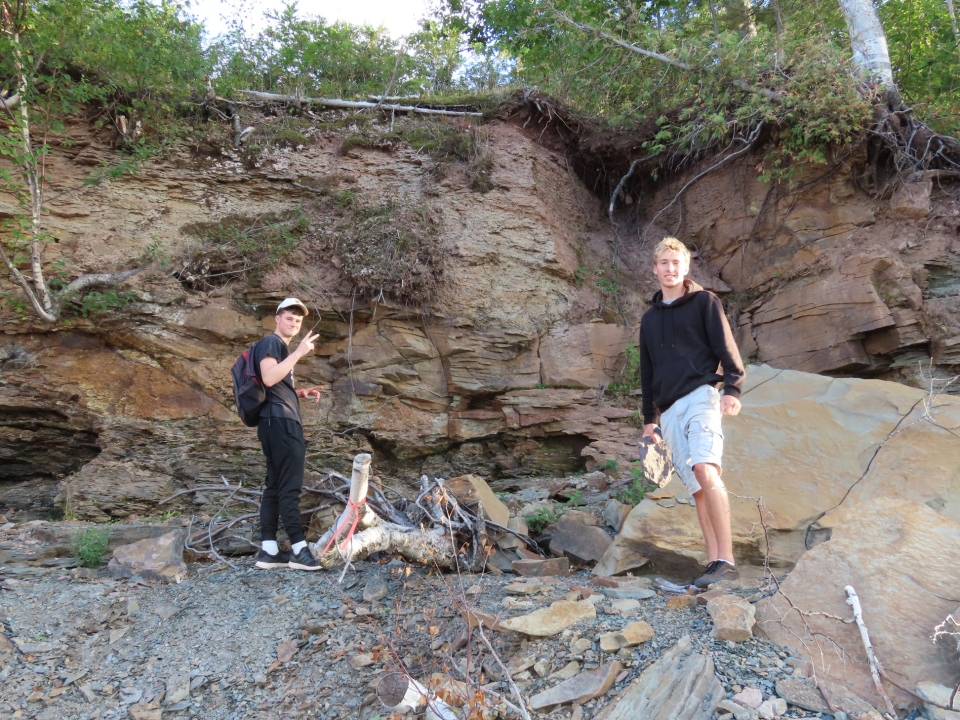 Olivia King is a research associate at the New Brunswick Museum. She says finds like these are extremely rare.

"Plants and even traces are among the most common fossils found, but finding any kind of body fossils, like a wing or part of a skeleton, are extremely rare," said King.

The fossil has now been sent to the National Museum of Natural History in Paris for further study.

“There's not a lot found in Atlantic Canada," said Rowan. "There's very few dragonfly wings actually found so, whatever the research comes up as, it's a super cool, super interesting find no matter what."