'It's very important to maintain the brand': Help promised for iconic N.B. beach 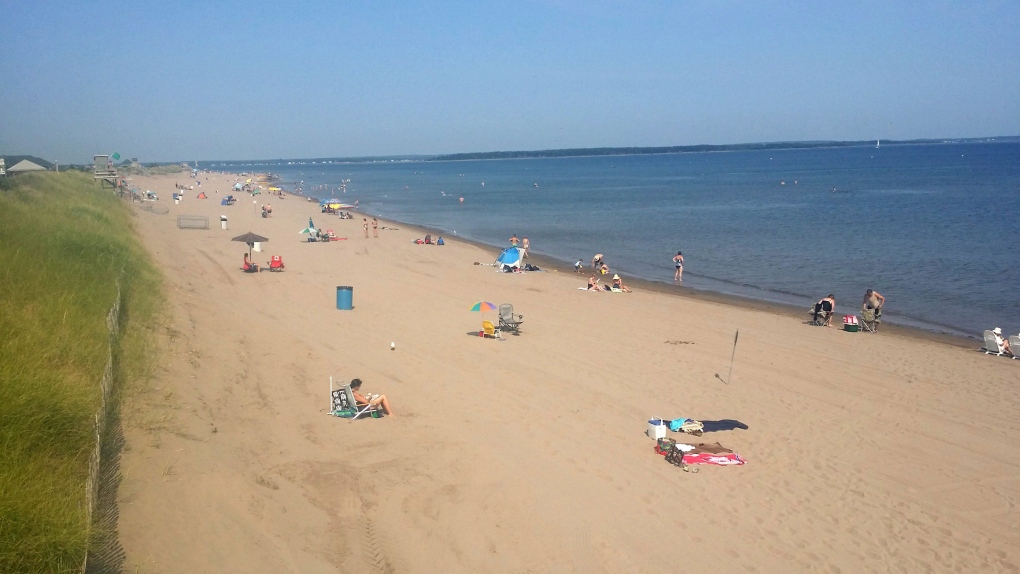 SHEDIAC, N.B. -- With its long ribbon of sandy shores, New Brunswick's Parlee Beach is one of the top tourist draws in Atlantic Canada, boasting the warmest salt water in Canada.

Last summer, though, the famous provincial park at Shediac, N.B., was plagued by reports that human and animal waste in the water posed a health risk.

Tests pinpointed quality concerns on 45 days, but those flocking to the beach weren't always warned about the problem.

"It became a risk factor, and people started to worry about it," said Lois Corbett, executive director of the Conservation Council of New Brunswick.

The beach on the Northumberland Strait is Shediac's economic lifeline in the summer, attracting more than 350,000 visitors every season. They come for the sun, the sand and, more importantly, what is touted as the warmest ocean surf north of the Carolinas.

"This is a tourist destination icon for people who are beach goers," said Jacques LeBlanc, the town's mayor. "There is no better sunrise and sunset than at Parlee Beach."

The frequent reports about fecal matter and E. coli bacteria didn't look good for the town, he said.

"I was very concerned with the things I was hearing," LeBlanc said. "It's very important to maintain the brand and the reputation."

Last month, the provincial government said it would adopt a new water monitoring protocol that follows federal guidelines, but some residents said that wasn't good enough. And on Wednesday, the province joined with the federal government to announce a cleanup plan that critics say was long overdue.

Meanwhile, the source of the pollution remains a mystery. Possible culprits include local septic systems, careless boaters, storm run-off, sewage lagoons and fertilizer seeping from farms along the Scoudouc River.

There were no reports of illness last summer, but local residents along the Northumberland Strait banded together to demand government action.

Corbett said problems with water quality testing started more than a decade ago when the New Brunswick government decided it would use its own guidelines rather than Health Canada's, which are based on World Health Organization standards.

If the federal guidelines had been in place, there probably would have been more warnings, she said.

Corbett said there were instances when testing last summer determined the water had high levels of fecal matter, but beach goers weren't warned about the findings.

As well, critics have long questioned why staff with the Tourism Department were carrying out the testing, rather than the province's Health Department.

"Water testing is not their domain," Corbett said. "There was never any consistent way that folks who were swimming there knew what the heck was going on. It fell through the cracks."

Remi Donelle, manager of the Shediac Bay Watershed Association, said part of the problem is that water samples were being tested only once a week. Health Canada guidelines, typically used at beaches across Canada, call for more testing.

When the provincial testing produced a poor result, a warning was supposed to be issued for the entire week, Donelle said.

As a result, the provincial method may have led to unnecessary warnings, given that conditions in Shediac Bay can change within days.

"If they sample every day, I think we're going to see the beach open even more this year," Donelle said. "If not, then we'll really have to roll up our sleeves."

Initially, the provincial government promised a committee would determine the source of the pollution by June 2018.

Residents, local business owners and the opposition parties pressed for further action. They complained that the reputation of the province's tourist gem was getting tarnished, with one vocal critic describing the area as the "Northumberland toilet bowl."

With the opening of the beach two weeks away, the provincial and the federal government responded Wednesday by announcing they would spend $3 million on studies and infrastructure to clean up the water.

"The government is taking action to address concerns at Parlee Beach through enhanced monitoring and testing as well as improved communication, and efforts are also underway to ... get to the bottom of what is happening in this region," Environment Minister Serge Rousselle said in a statement.

"The new policy ... recognizes the gravity of the situation in the region and is the right approach to take."

The government also declared the beach a "unique feature of the environment," which means any development that could affect water quality will require an automatic review by the provincial Environment Department.

"The concern from the local citizens really gave a push ... to get some action on the ground," Donelle said. "Hopefully a lot of good will come out of this bad situation."

"It's a very good step," she said. "It's an economic driver for the community and for New Brunswick ... It's definitely a treasure."