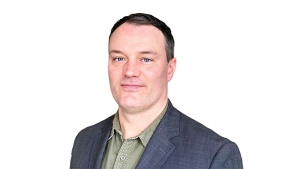 Jesse Thomas is a reporter and weekend news anchor with CTV Atlantic, based out of Halifax, N.S.

He began his journalism career in 2012, working as a sports editor and general news reporter with his hometown newspaper Peterborough This Week.

Jesse transitioned to television in 2014 when he joined Global News Peterborough. In 2019, he made the move to Nova Scotia, where he worked as a reporter and anchor with Global News Halifax.

In December 2021, Jesse joined CTV Atlantic to work as a reporter and weekend anchor.

He graduated from Wilfrid Laurier University in Waterloo, Ontario with a degree in Communications. He can speak both English and French.