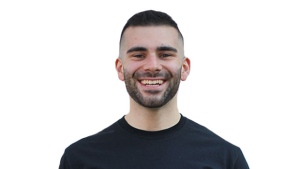 Julian Abraham is no longer with CTV Atlantic.