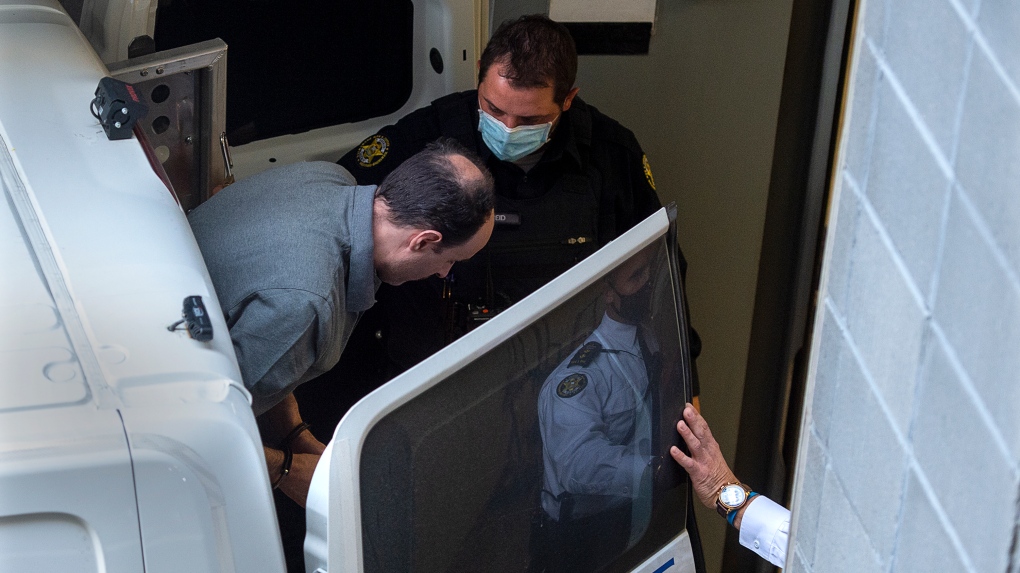 FREDERICTON -- Jurors in the Matthew Raymond mass murder trial viewed video evidence from the accused's computer on Tuesday, which showed him talking to animals and suggesting people were influencing the weather.

Defence lawyer Alex Pate returned to testify about videos and images found on Raymond's computer, which date back to the months before the Aug. 10, 2018 shootings in Fredericton.

Jurors viewed numerous videos of Raymond feeding and talking to animals such as squirrels and ducks. "There were quite a few videos of Mr. Raymond speaking to animals," Pate said.

There were also many videos of the accused biking on trails in Fredericton.

One video from May 2018 shows Raymond searching through bags and boxes in his apartment. At one point he is heard saying, "Somebody came in and took my shit."

In another video, showing clouds and a thunder storm, Raymond questioned whether the clouds were real. "They're fooling with the weather," he said, after a loud clap of thunder.

Raymond is heard in other videos performing mathematical calculations ending with numbers such as 33 and 666 -- which Raymond allegedly understood as relating to demons.

Pate told jurors about screenshots saved on the computer from July 2018 of people such as the Pope, inscribed with mathematical calculations.

He showed jurors one screenshot of what appeared to be a computer calculator with the equation, 37+25

Pate said he visited Raymond in jail numerous times in late 2019. During those meetings, he said Raymond would complain about his orange-coloured jail clothing and accuse defence lawyer Nathan Gorham of withholding evidence from him.

Pate said when he tried to speak, Raymond would cut him off and insist he should be released.

The defence has admitted Raymond killed the four victims but is trying to prove he should be found not criminally responsible because of a mental disorder.