'Justice has been served:' Preeper brothers sentenced to life in prison 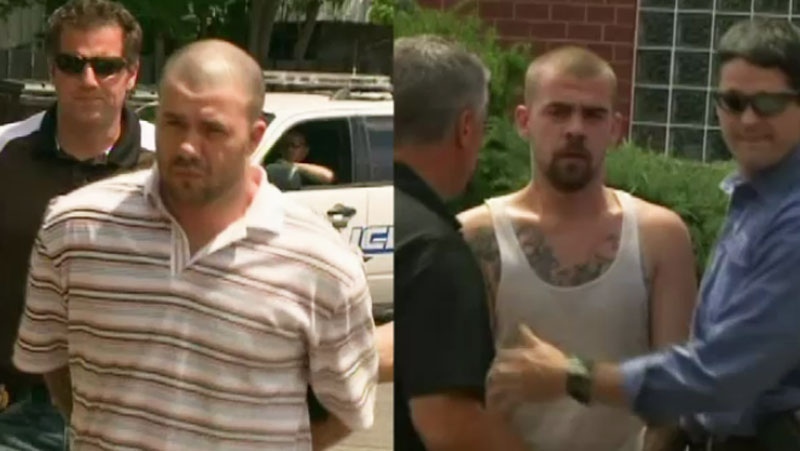 His 22-year-old brother was originally charged with first-degree murder in Peacock’s death, but he pleaded guilty to second-degree murder.

Dustan showed no remorse when the judge asked him if he had anything to say before being sentenced.

“I just want to say thank you and congratulations and you can all go f--- yourselves,” said Preeper as he gave the finger to the court. “You mutts.”

Justice James Chipman immediately told Dustan to sit down, ordered him to be quiet and said he would consider his lack of remorse during sentencing.

The victims’ families and friends in the gallery applauded the judge’s remarks.

“What are you going to do, give me another 25 years?” said Dustan.

Both men received automatic life sentences. Dustan won’t be eligible for parole for 25 years, while Joshua can apply for parole in 12 years.

“He certainly didn’t help himself in any way, and made it very difficult for the families on both sides,” said Peacock’s grandfather, Rufus. “All we can say is that justice has been served and we are very thankful.”

Peacock, 20, left her Dartmouth home on Nov. 7, 2011 and was reported missing two days later when she failed to return home.

Her cellphone was last traced to the Gore area and her family received puzzling text messages after she disappeared. Her Facebook page indicated she became friends with Dustan Preeper three days before she was last seen.

After an extensive search, police eventually located Peacock’s remains in Upper Stewiacke in July 2012. The Preeper brothers were charged shortly after her remains were found.

The court heard Wednesday that the brothers stabbed and burned Peacock and then buried her body after Dustan accused her of trying to steal his car.

Dustan also pleaded guilty to second-degree murder in the death of 26-year-old Ben Hare of Truro.

Hare was found dead outside an apartment building on Lyman Street around 2 a.m. on Jul. 8, 2010.

An agreed statement of facts stated that in July 2010, Hare was bludgeoned to death with a baseball bat when he confronted and stabbed Dustan.

The year before, Dustan had been charged with stabbing Hare’s brother, but was acquitted.

Police said they had gathered information and evidence during the initial Hare homicide investigation, and throughout the Peacock investigation, that supported a common suspect.

Police said Peacock and Hare didn’t know each other, but they both knew the Preeper brothers.

Joshua is not charged in Hare’s death.

“It’s finally happened, but it’s not over because now the real grieving process is now going to start,” said Hare’s aunt, Kim Pryor.