Light snow has started to fall in southwestern areas of Nova Scotia and New Brunswick this afternoon.

This initial snow is well out ahead of the steady, even heavy, snowfall expected Wednesday evening into Thursday. 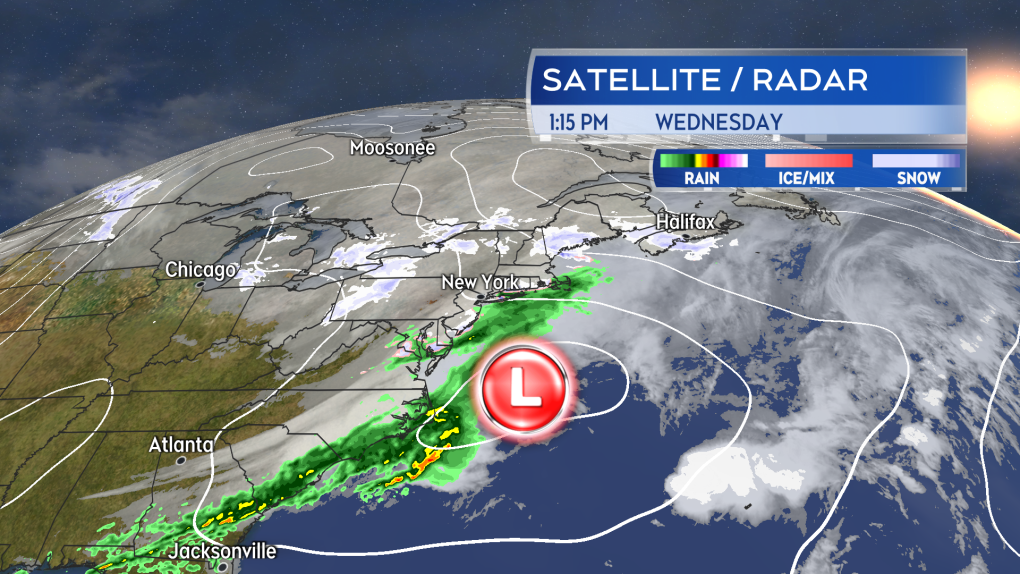 Some initial snow far on the northern edge of the system has arrived. Heavier snow expected by evening and night.

This is because the centre of the Nor’easter is still far to our south, off the coastline of North Carolina. In classic Nor’easter fashion, this low will undergo rapid strengthening with the central pressure dropping by more than 24 millibars in 24 hours qualifying it as a “weather bomb.” The track of the storm is still expected to take it first south and then east of the Atlantic coastline of Nova Scotia. That keeps the Maritimes on the colder and snowier side of the system. 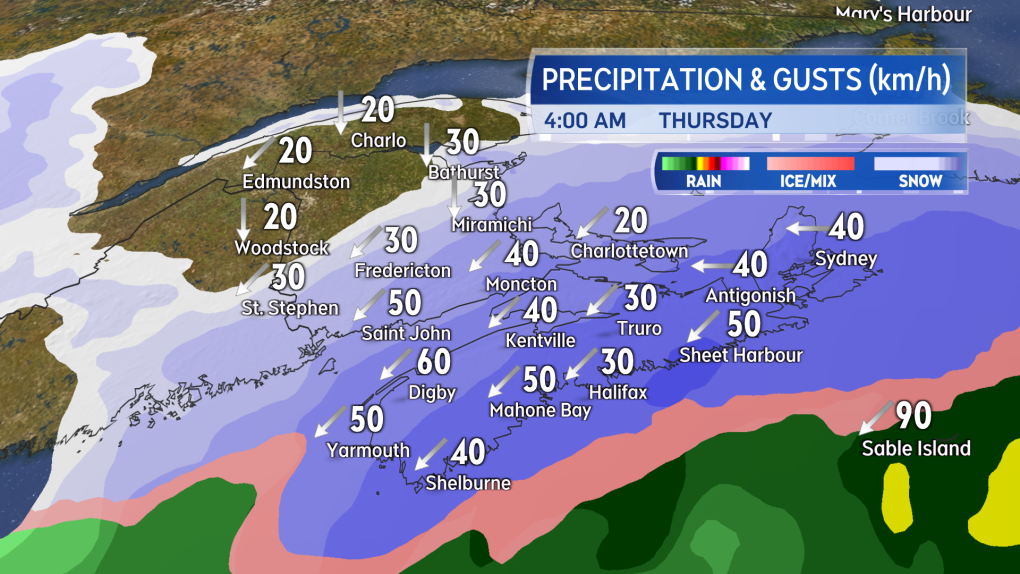 North and northeast winds will accompany the snowfall. Gustier for Nova Scotia they may contribute to reduced visibility in blowing snow.

Snow will ramp up this evening and tonight. Initially it may be mixed with some ice pellets/rain on the coast of the South Shore of Nova Scotia. The snow will ease to flurries for western Nova Scotia and southern New Brunswick Thursday morning. Snow easing to flurries for P.E.I. and eastern Nova Scotia Thursday afternoon. North and northeast winds with gusts of 30 to 60 km/h will accompany the snow creating blowing and drifting snow. Gusts may peak as high as 60 to 80 km/h for Cape Breton on Thursday. 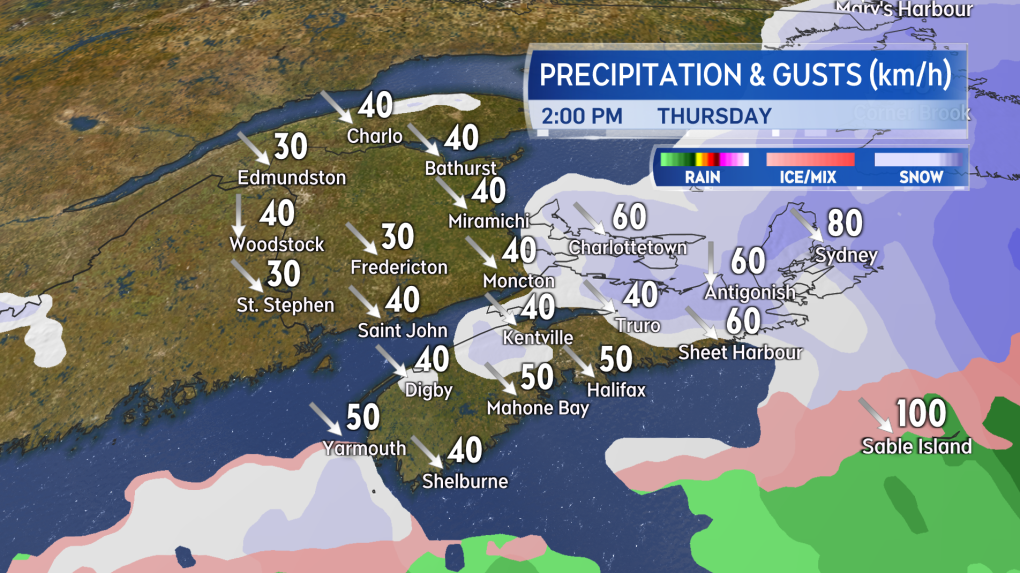 A widespread 15 to 25 cm of snow is expected for Nova Scotia. Amounts may taper towards the lower end of the range for the Annapolis Valley and northern areas of the mainland. While most accumulation in southern New Brunswick should range 2 to 5 cm it is possible that some amounts of 5 to 10 cm could show up near the Bay of Fundy. Likewise some snow reaching 10 to 15 cm is possible down east in Prince Edward Island. A Snowfall Warning is in effect for Nova Scotia with a Special Weather Statement issued for Queens and Kings Counties PEI. 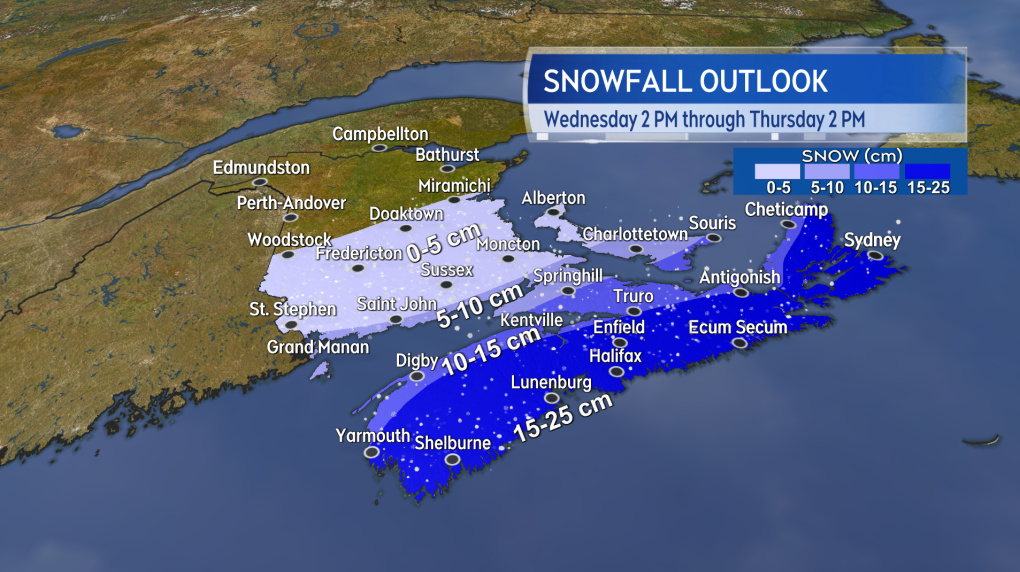 The most snow is expected in Nova Scotia. A fairly widespread 10 to 25 cm.