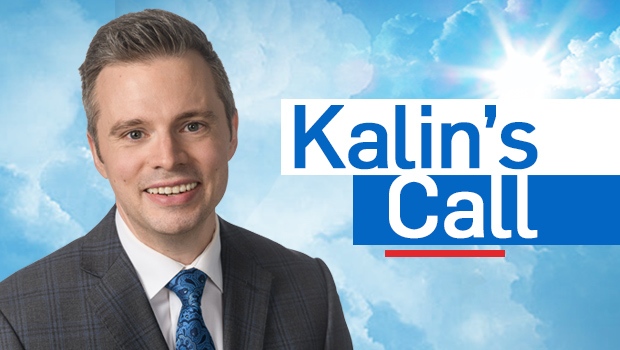 A low-pressure system from the Great Lakes will merge with a second low moving up the eastern seaboard of the United States to form a coastal storm in the vicinity of the Maritimes Wednesday. The storm will then cross eastern Nova Scotia and move into the Gulf of St. Lawrence by Thursday morning.

A mix of heavy snow, ice pellets, freezing rain, and rain is expected for the region. High and gusty winds are also predicted for some areas.

The most snow looks like it will fall across northern and central New Brunswick. A range of 15 to 30 cm can generally be expected north of Fredericton. Areas south of Fredericton can expect 5 to 15 cm in a mix of snow, ice pellets, freezing rain, and rain. Prince Edward Island can expect a similar mix with a range of 5 to 15 cm, with the best chance of seeing the higher amounts in Prince County. Some northern and eastern areas of Nova Scotia would also have a chance of some initial accumulation in excess of 5 cm before a turn to rain. Most of that province though is likely to see 5 cm or less before a 20 to 40 mm rainfall. 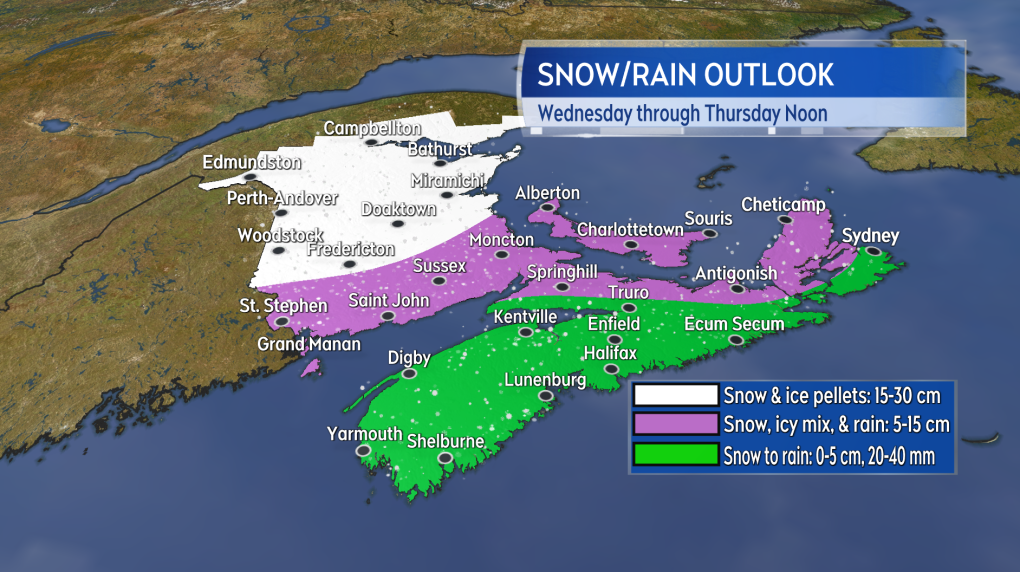 A heavy snowfall is likely for northern and central New Brunswick. Accumulations lower as more ice and rain mix in for southern New Brunswick, Prince Edward Island, and Nova Scotia.

The mix of snow and rain will begin by noon on Wednesday in western New Brunswick and Nova Scotia. The precipitation will then increase in intensity and spread eastward Wednesday afternoon and evening. The snow and rain will clear eastern areas Thursday morning with a chance of flurries behind. 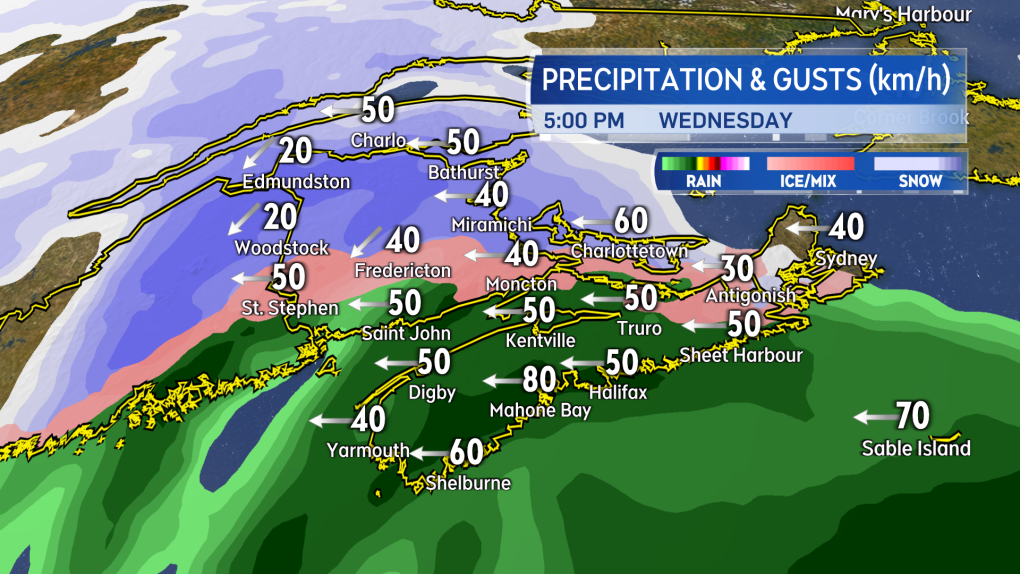 The snow and rain ramps up and develops west-to-east Wednesday noon into Wednesday evening.

The system will produce widespread gusts of 40 to 70 km/h out of the east and northeast by late Wednesday. Gusts may peak as high as 70 to 100 km/h on and near the Atlantic coastline of Nova Scotia, as well as inland in the east of the mainland and Cape Breton. Gusts in excess of 110 km/h are likely in northern Inverness County, Cape Breton Wednesday night and Thursday morning due to the topography of the Highlands. Those areas at risk of the higher gusts would of course also have an elevated risk of power outages.

The wind will turn west and northwest Thursday morning. Widespread gusts of 40 to 60 km/h on Thursday, except peaks of 60 to 80 km/h for eastern areas including P.E.I. and Cape Breton. 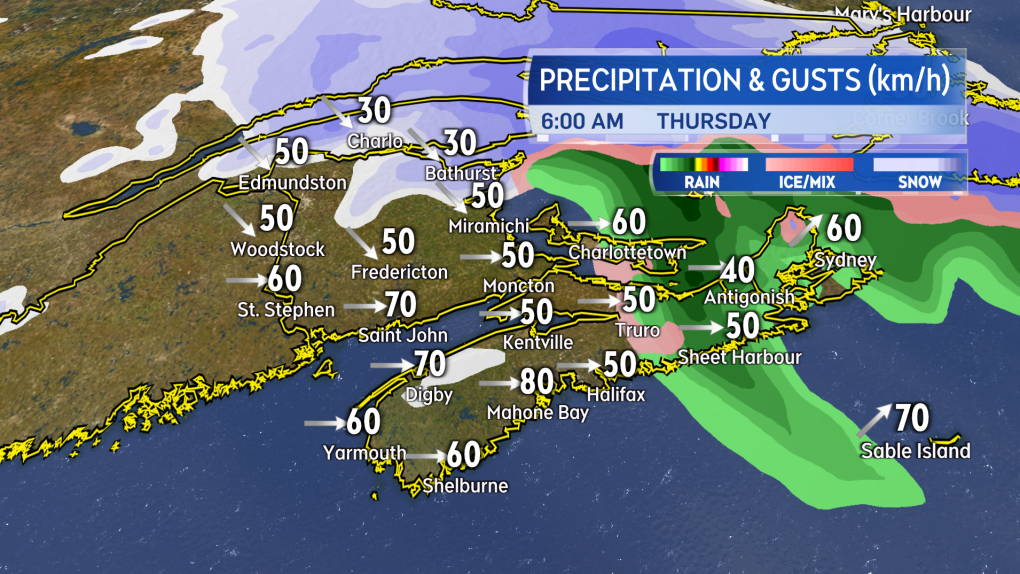 Snow and rain clears eastward Thursday morning. The wind turns west and northwest and remains gusty through the day.

As of 4 p.m. Monday, Environment Canada issued Special Weather Statements for the entirety of the Maritimes advising the public to monitor the forecast and any future weather watches or warnings issued for the storm.