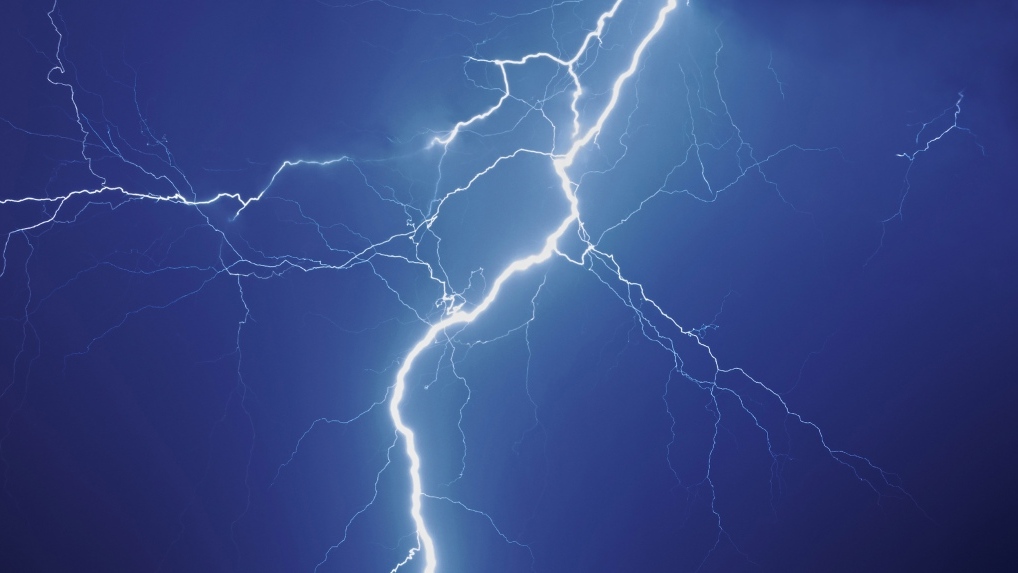 A series of weather fronts off a low-pressure system moving towards the St. Lawrence River Valley will cross the Maritimes Friday into Saturday, bringing with it periods of rain and a risk of thunderstorms.

For Friday, the steadiest rain is expected in northern New Brunswick, Prince Edward Island, and northern/eastern areas of Nova Scotia, including the North Shore and Cape Breton. Precipitation will be more showery, along with patchy drizzle and fog, for southern New Brunswick and western Nova Scotia. 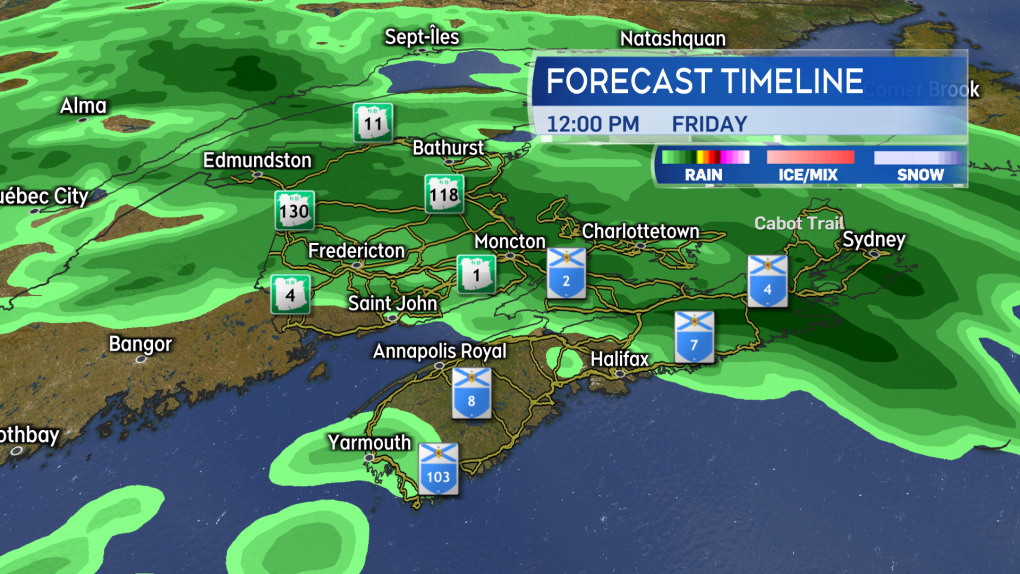 The steadiest rain on Friday will be in northern and eastern parts of the Maritimes. Showery with drizzle for southern New Brunswick and western Nova Scotia.

On Saturday, the cold front comes through bringing further periods of rain region-wide and a risk of thunderstorms. Thunderstorms are most likely in New Brunswick and southwestern Nova Scotia.

The most likely hazards from the thunderstorms will be downpours and frequent lightning. The risk for thunderstorms extends from Saturday morning into Saturday evening. 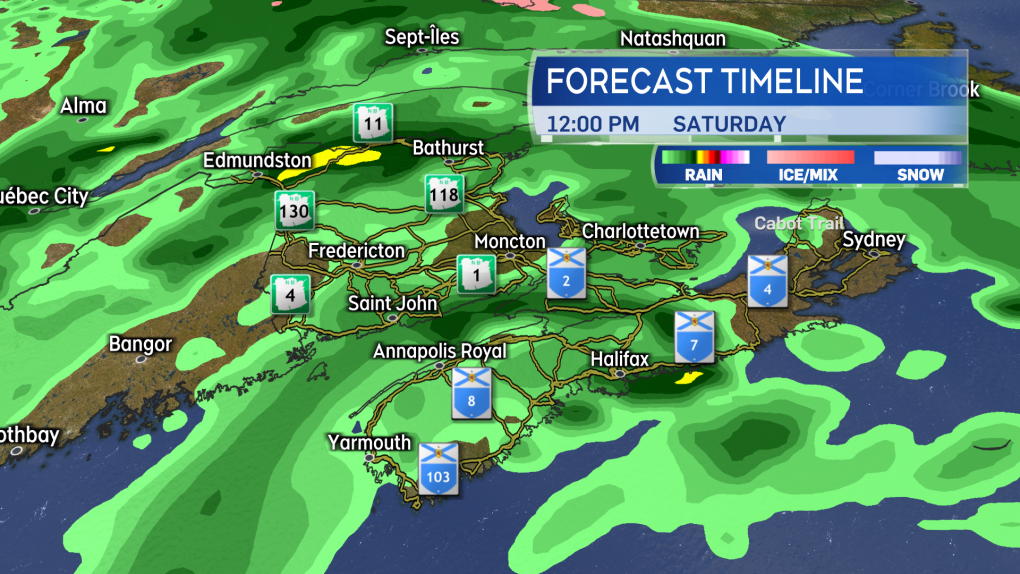 Darker greens and yellows indicating possible downpours within the rain Saturday. There is a risk of thunderstorms.

Friday through Saturday could see rain totals of 50 to 75 millimetres for northern areas of New Brunswick. Environment Canada has already issued rainfall warnings on the Quebec side of the border, and for Madawaska and Restigouche counties in northern New Brunswick.

Heavy rain can reduce visibility and lead to water pooling on roads. The presence of thunderstorms increases the risk of the occurrence of flash flooding. 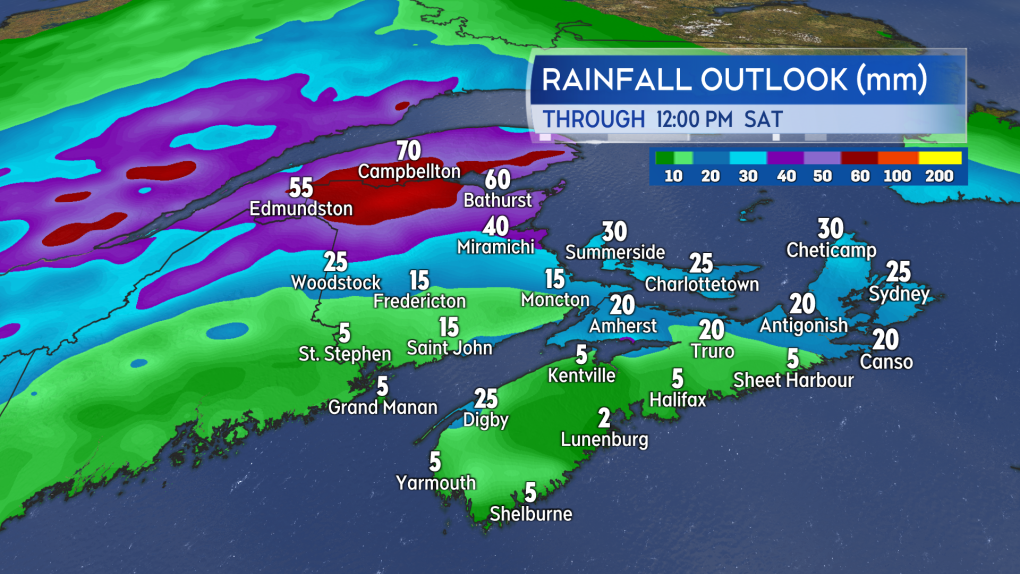 The last of the rain will clear P.E.I., and Cape Breton early Sunday morning. A fair weather mix of sun and cloud is expected to be present across the region by Sunday afternoon.

The Maritime region has so far run a deficit when it comes to rain in May 2022. Weather stations across the region are reporting less than half the 30-year climate average for total rainfall this month. 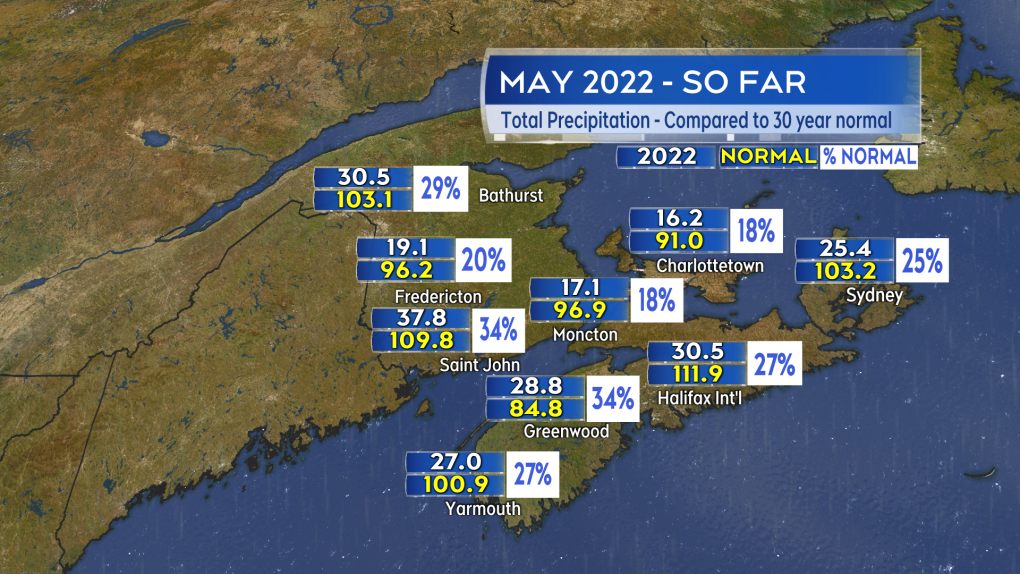 It’s been a dry month. Rain totals for May well below the 30-year climate average.

Forty-six people were found dead after being abandoned in a tractor-trailer on a remote back road in San Antonio in the latest tragedy to claim the lives of migrants smuggled across the border from Mexico to the U.S. Sixteen people were hospitalized, including four children.