Kalin's Call: Snow, rain, and high winds to sweep across the Maritimes Monday into Tuesday

HALIFAX -- A sharp snow-rain line separates work for snow shovels and blowers from slushy conditions with northern/central New Brunswick and parts of western P.E.I. expected to see 15 to 25 cm of snow.

Much of Cape Breton could see 10 to 15 cm of snowfall, with higher amounts in the Highlands.

Others in the region a slushy 5-10 cm or less. I highly recommend clearing the slush Monday evening as temperatures get very cold quickly overnight and that slush will freeze solid. 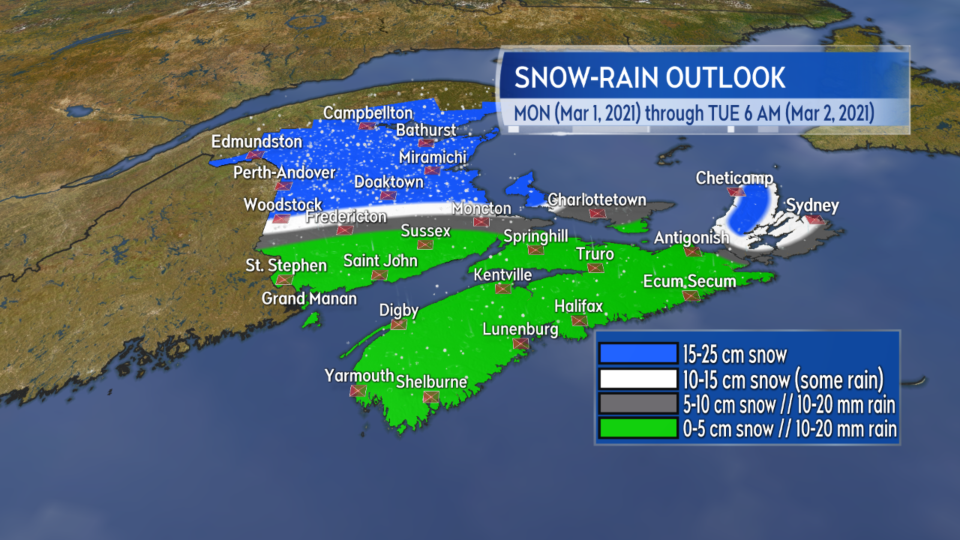 Highly varied snowfall amounts for the Maritimes from the system with the most snow for parts of New Brunswick and western Prince Edward Island.

The bulk of the snow and rain clears through Monday evening and night.

As the system passes the south/southeast wind swings to the west/northwest for Tuesday. The wind Monday and Tuesday will be accompanied by periods of gusts 50 to 80 km/h. 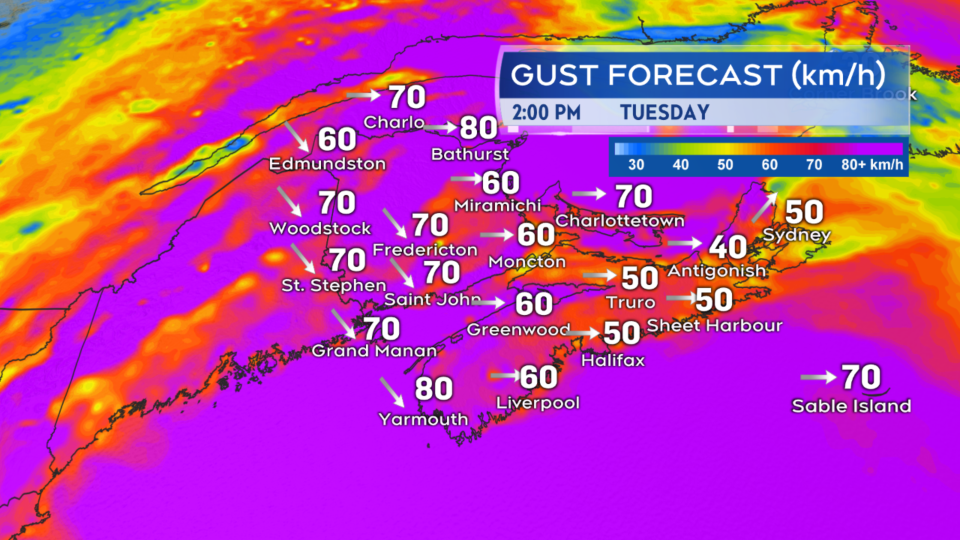 The wind turns west/northwest on Tuesday. Periods of gusts of 50 to 80 km/h are expected. Up to 90 km/h for parts of northeastern New Brunswick.

Much colder temperatures and a biting wind chill on Tuesday. There will also be wind blown flurries and a risk of snow squalls. The highest risk of snow squalls in northeastern New Brunswick, Prince Edward Island, and areas of Nova Scotia where the wind is coming in off ocean waters. 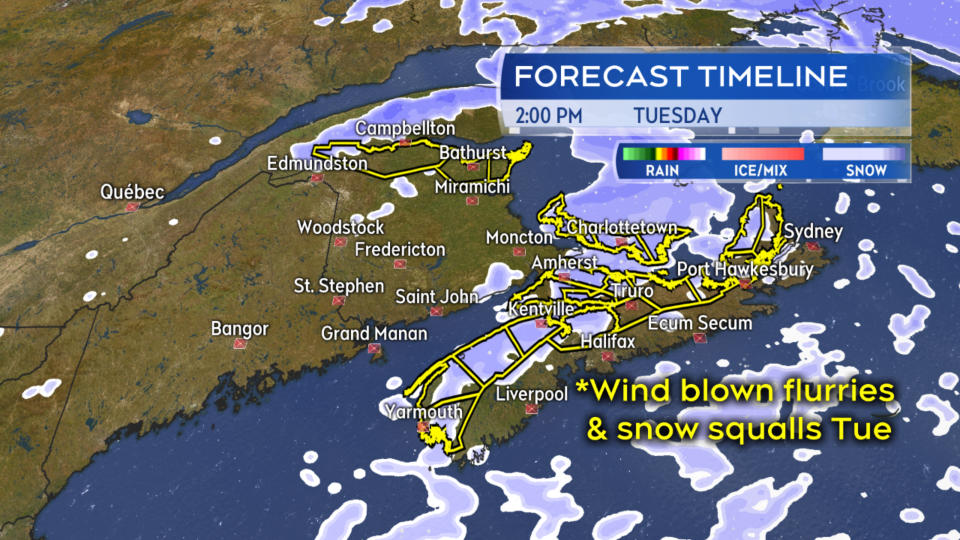 A biting wind chill and wind blown flurries on Tuesday. A risk of snow squalls that could bring down visibility and give additional snow accumulation.

The risk of snow squalls ends for most of the Maritimes late Tuesday night with the exception of Inverness/Victoria Counties, Cape Breton which could see them continue into Wednesday morning.