Kalin's Call: Snowfall warnings in effect for parts of the Maritimes

Parts of the region are set to see their first significant snowfall of the season late Wednesday into Thursday.

A low pressure system that starts near the coastline of the Carolinas Wednesday morning will strengthen rapidly as it wraps in cold air out of New England and then passes east of the Atlantic coastline of Nova Scotia Wednesday night into Thursday. 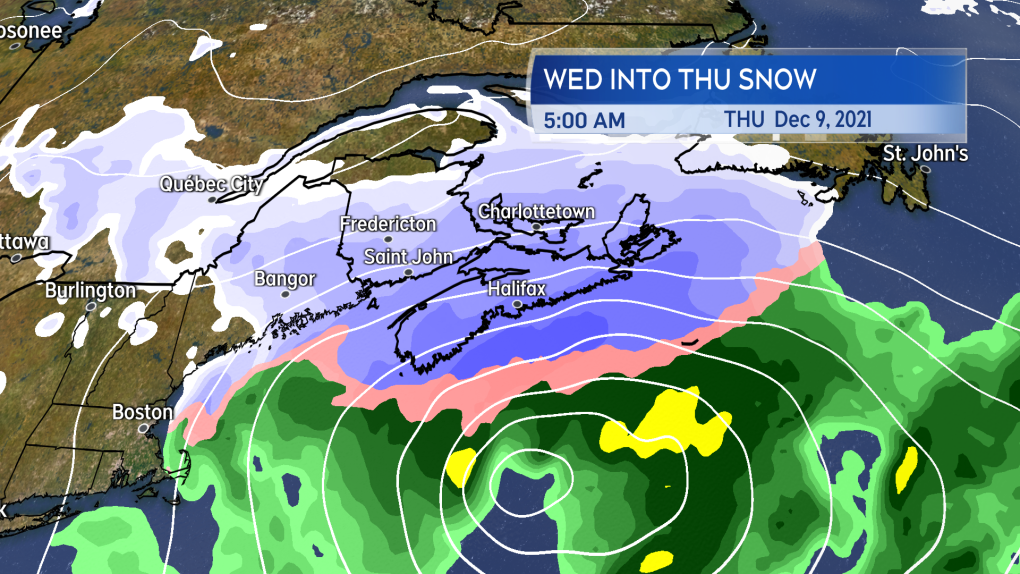 It’s a great setup to get a significant snowfall for Nova Scotia as it comes close enough to bring steadier precipitation, but not directly through which typically results in more of a mix of snow, ice, and rain. 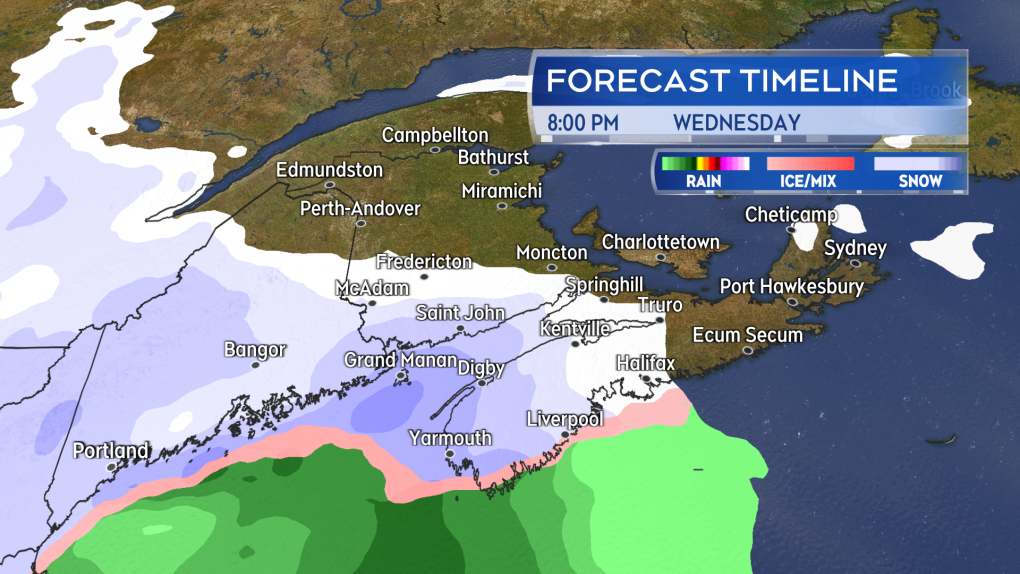 Snow starts as early as Wednesday afternoon in the southwest of Nova Scotia. It will develop across the province Wednesday evening and night, with lighter snow expected in southern New Brunswick and Prince Edward Island. By Thursday morning, the snow eases to flurries for western Nova Scotia and southern New Brunswick. By Thursday afternoon, the snow eases to flurries for eastern Nova Scotia and P.E.I. It’s about a 24 hour event. As an example, Halifax can expect to see the most accumulation between 8 p.m. Wednesday and 8 a.m. Thursday. 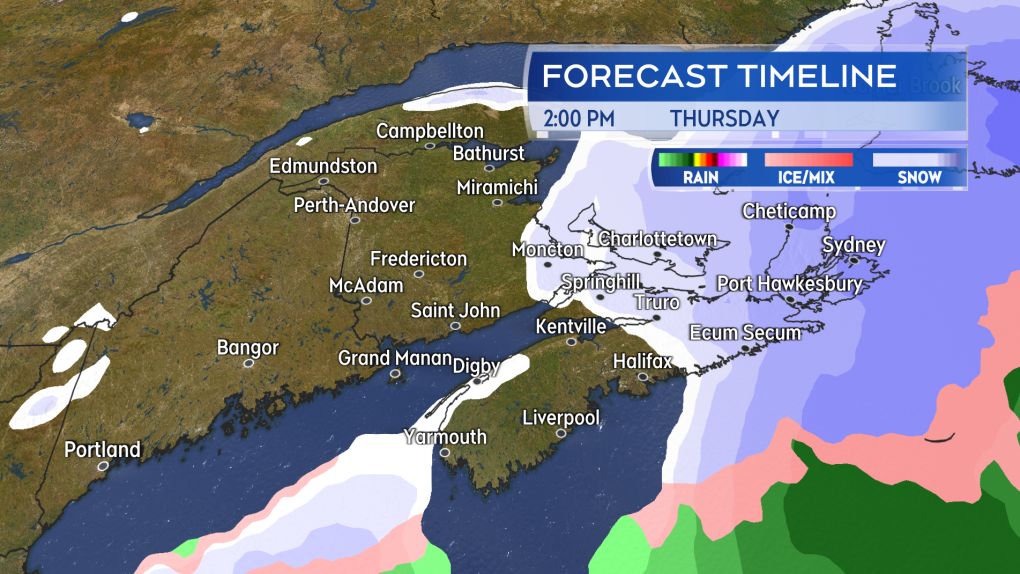 The largest snowfall is currently expected near the Atlantic coastline of Nova Scotia, with a general 15 to 25 cm likely. The remainder of Nova Scotia will receive 5 to 15 cm of snow. Parts of southern New Brunswick could pick up totals near 5 cm and in P.E.I. 5 to 10 cm. A significant shift west/east with the system would increase/decrease snow amounts expected for the region. It is recommended that you check in again on your forecast Wednesday. Snowfall Warnings and a Special Weather Statement are in effect for Nova Scotia. 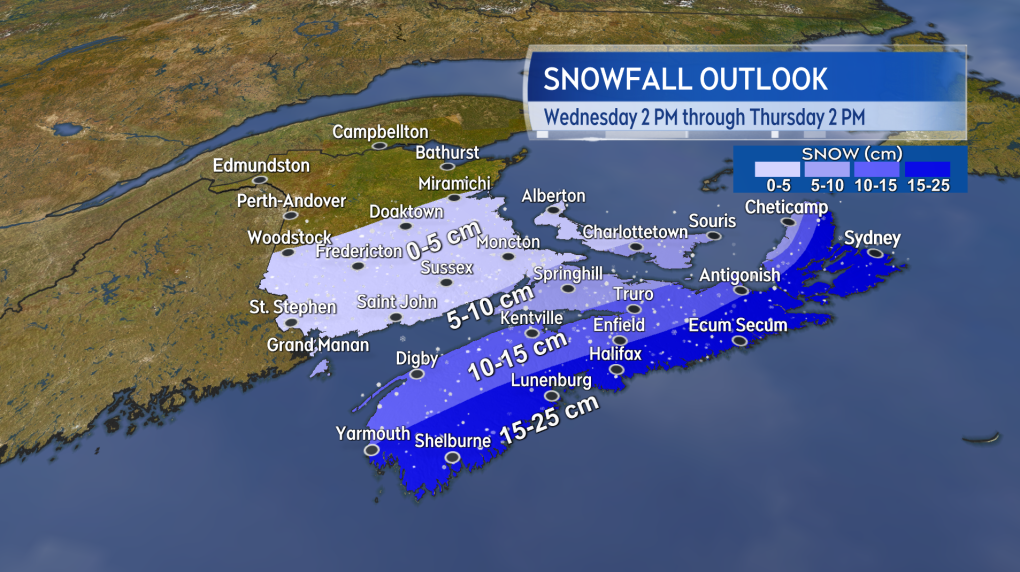 The most snow is expected towards the Atlantic coastline of Nova Scotia. A change in track of the storm could still change expected totals. Check frequently on your forecast through Thursday.

For Nova Scotia you should plan to give yourself extra time and space on the roads. This is especially true for commutes needed Wednesday night and Thursday morning for the west of the province. Thursday morning and afternoon for eastern areas.

The wind with the passing system is not expected to match up to the storm Monday night. The wind will turn north and northeast Wednesday night into Thursday morning. There will be some gusts in the range of 30 to 60 km/h. Gusts could catch falling snow creating periods of blowing snow reducing visibility on roads.

Will what falls stick around for Christmas? Unlikely for most. A warm up and more rain is in the weekend forecast. 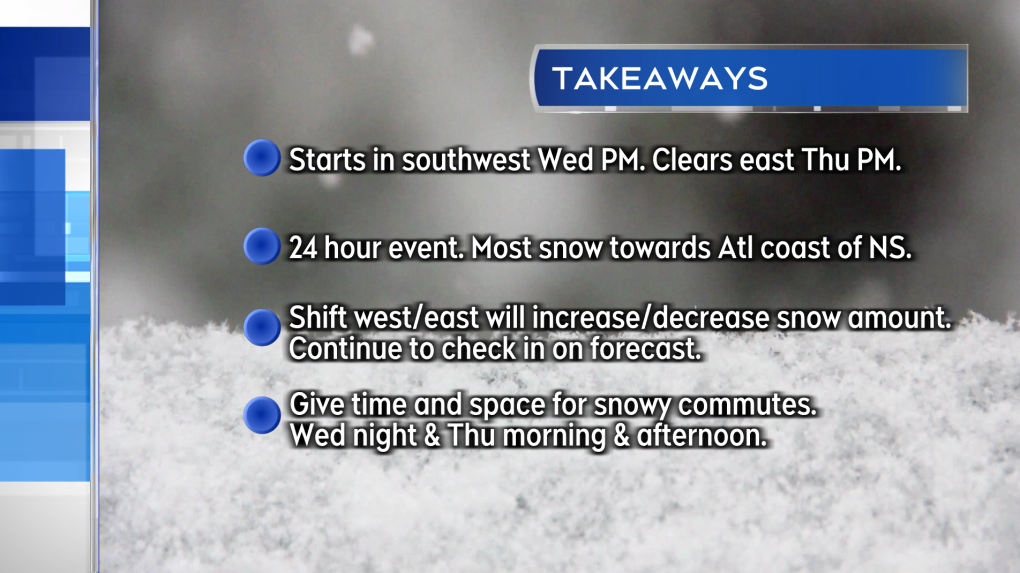