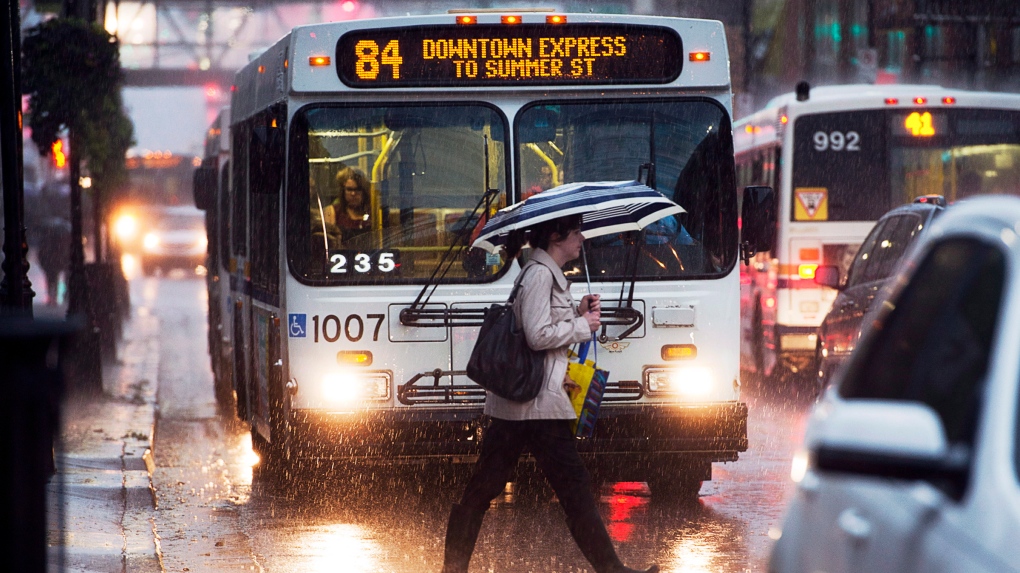 HALIFAX -- After a hot and dry June, it's been a bit of a soggy start to July.

A series of weather fronts has been lined up to move through from the west. The next in that series is set to arrive this weekend. As it does, it may draw in some subtropical-sourced moisture from a developing system off the eastern United States seaboard. 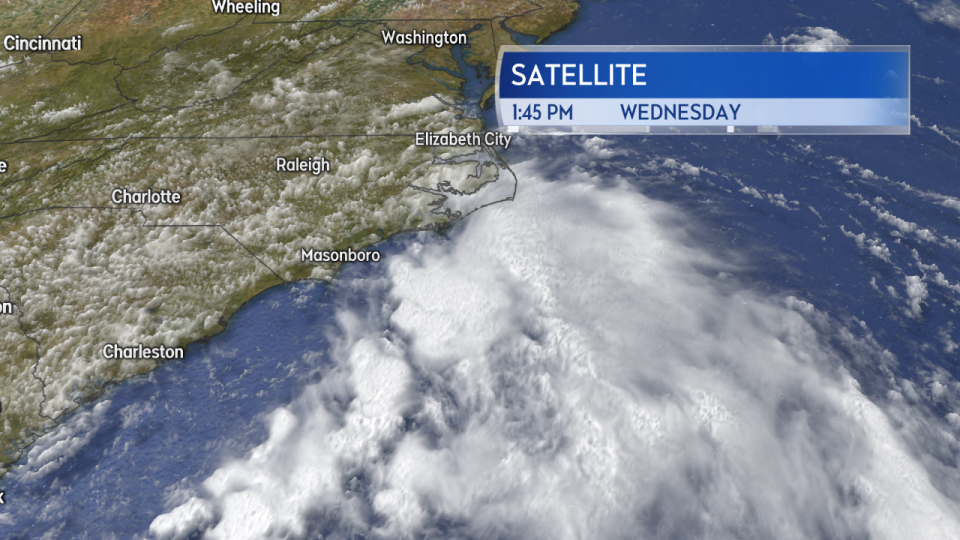 The developing system on satellite imagery just off the coastline of the Carolinas. The bubbled texture of the cloud tops indicating intense convection, thunderstorms.

That system is currently located just off the northeastern coastline of South Carolina. Satellite imagery shows intense thunderstorms firing near the centre of the system and it also appears to have developed a centre of low pressure. Those are all markers for a probable tropical depression or storm.

The National Hurricane Center is currently assigning the area a 60 per cent chance of development within 48 hours and a 70 per cent chance within five days. Should the system be named, it would be Fay, and the 6th named storm of the Atlantic Hurricane season. 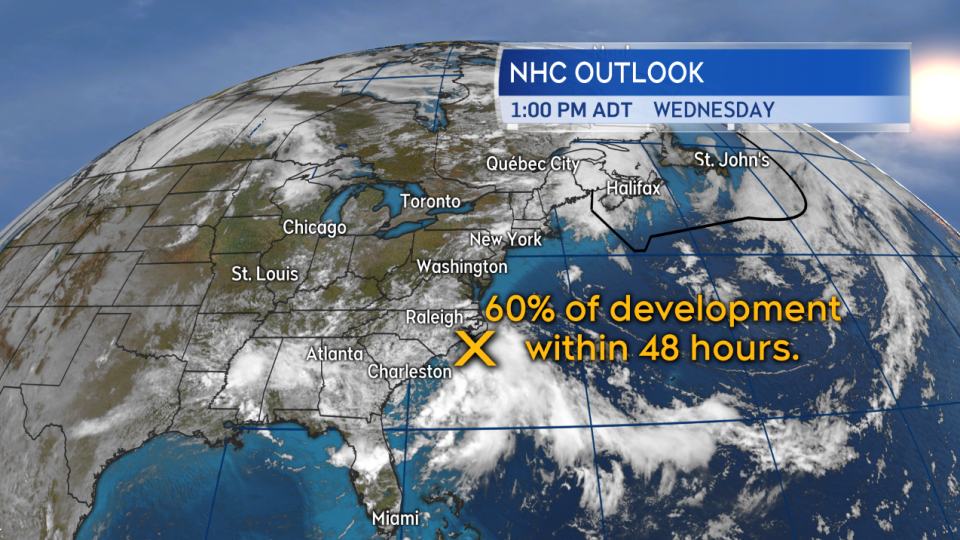 The National Hurricane Center has assigned a 60 per cent chance of development to the system within the next 48 hours. Should it be named it will be Fay, the 6th named storm of the Atlantic Hurricane season.

Most weather forecast models have that system progressing northward to the New England coastline by early Saturday.

At the same time, a series of weather fronts begins to approach from the west. The interaction between the two systems brings a possibility of subtropical-sourced rainfall to the Maritimes this weekend. When we get that type of heavy moisture tied up in the rain, it increases the risk of downpours, creating issues such as localized flooding and hydroplaning conditions on the roads. 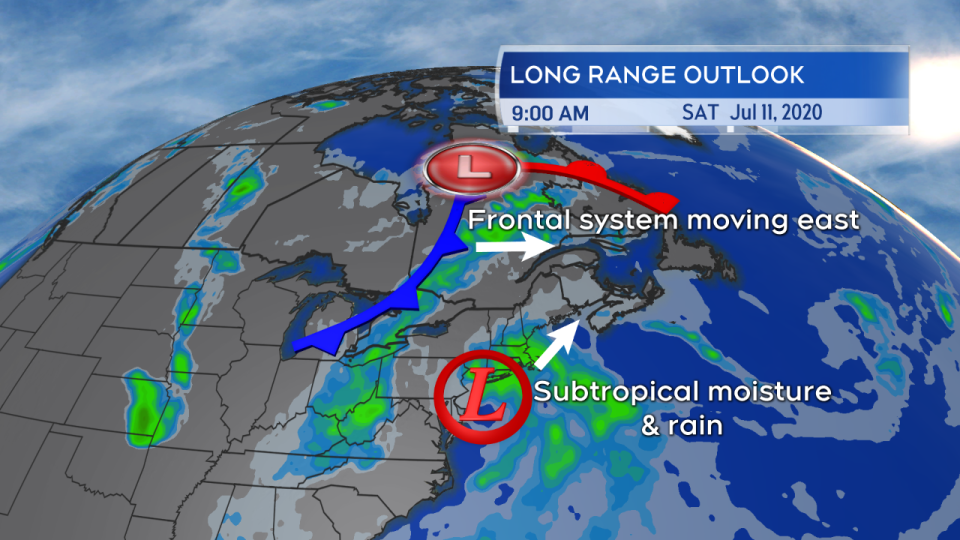 The subtropical moisture brought north from the developing system may feed into an approaching front from the west. This bring the possibility of heavier rain to the weekend forecast for the Maritimes.

This is a complex interaction between two developing weather systems so there is uncertainty in the weekend forecast. Much of that is in the timing. Some long-range forecast models have the rain arriving as early as Saturday morning and afternoon. Others hold the rain off until later Saturday evening and night, which would result in continuing wet weather for Sunday.

Early indications are for general rainfall amounts of 10 to 20 mm with pockets as high as 30 to 50 mm. Should the systems merge fully, those amounts could increase. Gusty winds may accompany the rain, but so far appear to stay below the warning threshold of 90 km/h.

There is lots of time to watch this weather unfold over the next few days, but if you have weekend plans that could be impacted by a period of heavier rain, you should certainly keep tabs on the forecast through the end of this week.