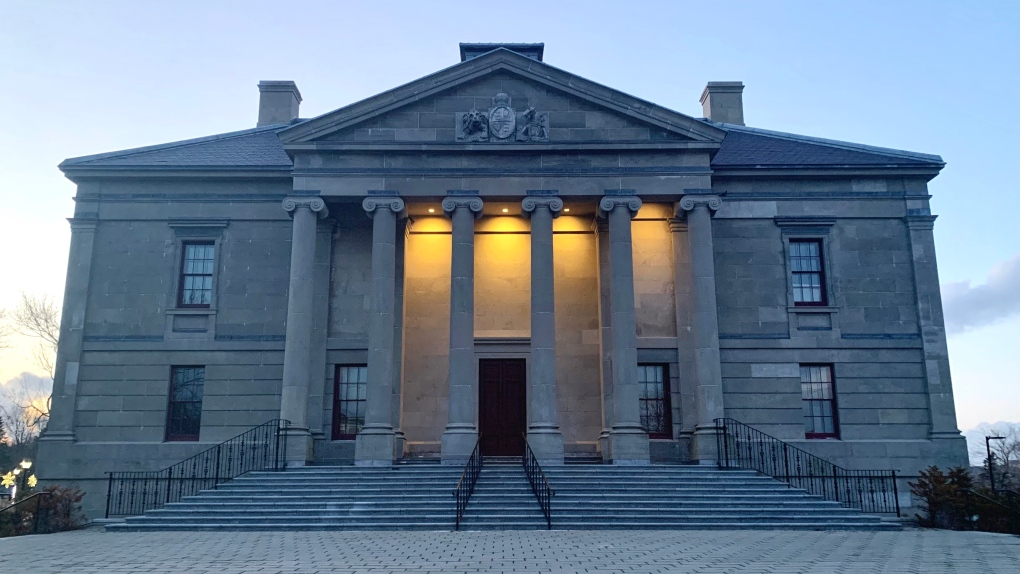 Two Indigenous groups in Newfoundland and Labrador are pushing back against the provincial government's recent decision to maintain the name of the historic Colonial Building in downtown St. John's.

The Nunatsiavut government, which represents Inuit in Labrador, and First Voice, an Indigenous coalition in St. John's, issued statements Monday expressing their disappointment.

"Premier Andrew Furey continues to promote reconciliation as something that is dear to him and his government," the Nunatsiavut government's statement said. "If that is indeed the case, then he should reconsider this decision."

First Voice said that while it supports public consultation and conversations with non-Indigenous people, decisions about reconciliation and decolonization "must prioritize Indigenous voices and those who have lived experience of colonization."

The Newfoundland and Labrador government announced Monday it would not rename the building, citing low support for a name change from respondents to an online survey. An accompanying report on the survey said a total of 215 people responded and 69 per cent of them said the name should remain. Just six per cent of all respondents Γüáself-identified as Indigenous, the report said.

The pillared, limestone building stands at the top of Colonial Street in downtown St. John's, just beside a popular park. It first opened in 1850 to house Newfoundland's colonial government, and it was home to the provincial legislature for the first 10 years after Newfoundland joined Canada in 1949.

The provincial Tourism Department discussed the need to rename the building "as part of ongoing efforts in support of Indigenous reconciliation," in an information note dated Nov. 17, 2021, and first obtained by CBC News.

The department said Monday it plans to have the story of Indigenous governance told and represented at the building, which is under renovation to become a tourist attraction that will include tours and exhibits.

The Nunatsiavut government said it was consulted on the matter and that it had suggested the building be renamed "Parliament House." The word "colonial" has negative connotations, it said, particularly given the impact of colonization on Labrador's Inuit and on other Indigenous people in the province.

"Reconciliation is not comfortable," the Inuit government said. "By its very nature, it means having to make decisions that are not always popular, but necessary in order to ensure the interests of marginalized members of society are respected and protected."

In an emailed statement Tuesday, Grand Chief Etienne Rich of Labrador's Innu Nation said he was asked for input on the matter during one of Furey's regular meetings with the province's Indigenous leaders. The Innu Nation, however, was surprised by the announcement Monday that the discussion had closed, Rich said.

Though the name "Colonial Building" is a stark reminder of the province's history of colonization and the harm it caused Innu people, a name change would not erase that history, the statement said.

"Unlike the past, when Innu were an afterthought with no ability to impact the decisions of a colonial government, we can and will participate in the upcoming consultation process to ensure that Innu Nation's history is accurately reflected within the context of the provincial narrative," Rich said.

This report by The Canadian Press was first published Aug. 16, 2022.

As scientists and environmental experts assess the damage left by Fiona, one of the Maritimes' essential ecosystems was severely hit and it could potentially take up to a decade to recover.

Russia prepares to annex occupied areas of Ukraine despite outcry

Russia is poised to formally annex areas of Ukraine where it has military control after referendums there reportedly endorsed Moscow's rule.

Hurricane Ian knocked out power across all of Cuba and devastated some of the country's most important tobacco farms Tuesday when it slammed into the island's western tip as a major hurricane.

'We shouldn't have to push people': Most provinces have not made Sept. 30 a stat holiday

While Canada prepares to honour the second annual National Day for Truth and Reconciliation on Friday, the majority of provinces have not followed the federal government's move to make it a statutory holiday for its workers.

How hard is it to cheat at a chess tournament? Experts weigh in amid Carlsen, Niemann scandal

While experts say it would be 'extremely difficult' to cheat at a high-level chess tournament, it has happened before.

An Edmonton woman says she heard someone calling for help moments before a man was killed by an LRT train in Edmonton on Monday.

Researchers in the U.K. say they've found DNA in sediments near artificial islands in Scotland and Ireland that date back to 4,000 BC, suggesting that these structures were once used by the elites in ancient times.

Ukraine's Zelenskyy: No talks with Russia's Putin if land annexed

Who is Pierre Poilievre's wife? What you should know about Anaida Poilievre

Becoming the leader of the Conservative Party of Canada earlier this month has not only raised Pierre Poilievre’s profile among the Canadian public, but has also brought additional attention of his wife. CTVNews.ca takes a look at what we know about Anaida Poilievre.