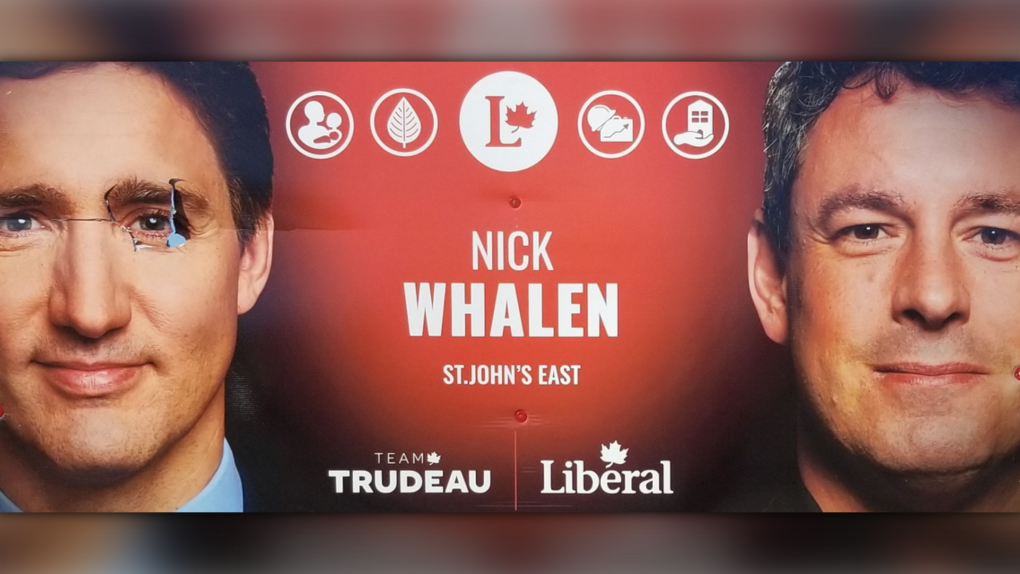 ST. JOHN'S, N.L. -- The Liberal candidate in a hotly contested riding in St. John's, N.L., says he intends to keep his campaign positive after someone defaced one of his campaign billboards with the letters "NDP" spray-painted over his face.

Nick Whalen, the Liberal incumbent in St. John's East, is in a tight race with well-known NDP candidate Jack Harris.

Harris, a former leader of the provincial NDP, held the riding between 2008 and 2015, when Whalen defeated him by a slim margin.

The campaign sign on the Outer Ring Road, which also shows the face of Liberal Leader Justin Trudeau, was vandalized some time before Friday morning.

The other candidates in the riding are Conservative Joedy Wall and the Green party's David Peters.