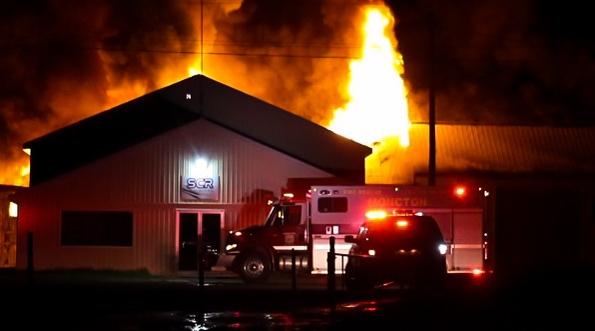 HALIFAX -- A late-night fire has destroyed a warehouse in Lakeville, N.B.

Firefighters were called to the building, located on Route 134, just after 10 p.m. Wednesday night.

The warehouse was fully involved when crews arrived leaving firefighters to focus on preventing the fire from spreading to nearby buildings.

Tankers from Dieppe, Shediac, Cap-Pelé and Cocagne in New Brunswick were called in to help with the water supply. The fire was under control within two hours.

The privately-owned warehouse stored tractors, boats, snowmobiles and other vehicles.

No one was injured and the cause is under investigation.

A previous version of this story said the fire was in Moncton, it was Lakeville.