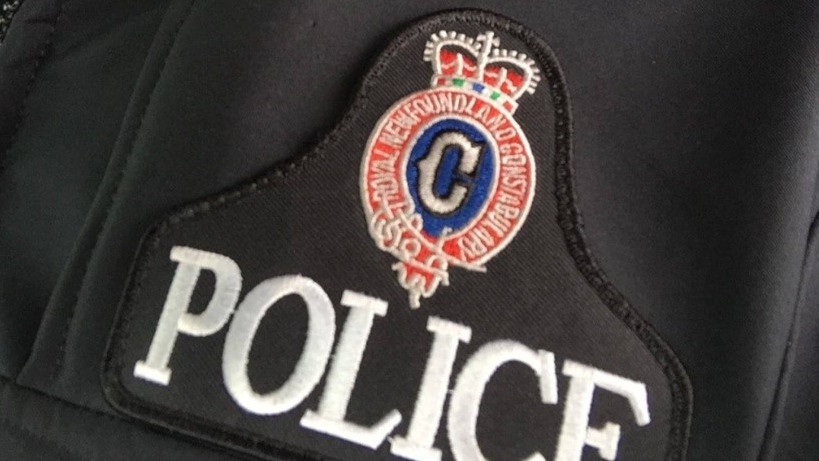 In this file photo, a Royal Newfoundland Constabulary crest is shown on the police department's Facebook page.
ST. JOHN'S, N.L. -

A Royal Newfoundland Constabulary officer has launched a civil suit against the province, alleging she was raped by a colleague in 2014 after he offered her a ride home from a night of drinking.

The statement of claim filed Jan. 13 and amended May 5 in provincial Supreme Court alleges Sgt. Robert Baldwin, who was also of the Royal Newfoundland Constabulary, was on duty in St. John's, N.L., when he drove the plaintiff home in his marked police vehicle. The suit alleges he then invited himself into the woman's home and raped her.

The allegations have not been tested in court, and no criminal charges have resulted. St. John's lawyer Lynn Moore said in an interview on Thursday that the woman is not pursuing criminal charges at this time. She added that Baldwin, who is not named as a defendant in the claim, has since retired from the force.

When contacted by a reporter Thursday, Baldwin said it was the first he had heard that he was named in the lawsuit. He said he was not aware of the details of the allegations and did not comment further.

The Newfoundland and Labrador Justice Department said in an email Thursday it would be inappropriate to comment on a matter before the court.

Moore said seven other women are preparing action in civil court against the province in connection with allegations against Royal Newfoundland Constabulary officers, ranging from touching to sexual assault. The identities of the accused officers in the other planned civil suit have not been made public.

She said the women are choosing to pursue civil suits because they have lost confidence in the criminal courts.

"The women that I have spoken to, that have retained me, they have watched the criminal process unfold in many cases. They don't have any faith in that system," Moore said.

The suit comes nearly a year after Royal Newfoundland Constabulary officer Carl Douglas Snelgrove was convicted for sexually assaulting a woman in December of 2014 after offering her a ride home from downtown St. John's.

Snelgrove's case went to trial three times, following a successful appeal of the first trial and a subsequent mistrial. He was sentenced to four years in prison last November, but he appealed the next month and was granted bail. Snelgrove's appeal has yet to be heard.

The lawsuit filed this month alleges the Royal Newfoundland Constabulary knew, or ought to have known, that Baldwin had been "enticing women" into his patrol vehicle "for the ostensible purpose of providing transportation when his true purpose was to sexually batter those women."

The statement of claim says the force had a duty to "investigate, supervise, discipline and otherwise control" the senior officer, and did not take appropriate action.

It alleges the province, as the body responsible for the force, is vicariously liable for what is alleged to have happened to the plaintiff.

It also alleges the province failed in its duty of care to the plaintiff, specifically by allowing the senior officer to remain within the ranks of the Royal Newfoundland Constabulary, "when they knew or ought to have known he was using his position to commit criminal behaviour against women."

The suit seeks general, aggravated, and punitive damages "to be ascertained."

The plaintiff's name is protected by an order of the court that was granted on Jan. 12. Moore calls it a "Jane Doe order" and says obtaining one requires plaintiffs in sexual assault cases to retell their stories and go through a hearing to determine if a publication ban is warranted.

The process is specific to civil suits -- complainants in criminal sexual assault cases don't have to go through a hearing to have their identities protected.

"Each retelling of the event is really traumatizing," Moore said. "This is an additional step that seems to me to be completely unnecessary."

Rob Talach agrees. The Ontario-based lawyer has led civil suits involving allegations of sexual assault all over the country, notably against Scouts Canada. He said in a recent interview that Newfoundland and Labrador and Manitoba tend to be furthest behind when it comes to making the civil courts more "friendly" for sexual assault complainants.

In other provinces such as Ontario, there would be no need for a hearing to obtain a publication ban. "The process is antiquated in a sense," Talach said.

Still, Moore said the women making allegations against Royal Newfoundland Constabulary officers prefer taking civil action for a number of reasons. In a criminal case, lawyers represent the Crown rather than the complainants, she said. As well, civil cases can look at wrongdoing by institutions and governing bodies, Moore said.

"You're able to point out flaws in an institution that can be remedied and that can make that particular institution safer for people who might otherwise be victims," she said.

This report by The Canadian Press was first published May 20, 2022.

Canada found itself under the spotlight on Wednesday as the head of the NATO military alliance said he expects Canada to fulfil its commitment to other members and increase its defence spending to meet the needs of an increasingly dangerous world.

A mother of three children is speaking out after spending a night on the floor of Toronto Pearson Airport with her young kids in a nightmare weekend of travel.

Through the use of MRI technology and spearheaded by researchers at Western University, the cause of long COVID symptoms have been identified for the first time.

More than half of flights at some Canadian airports getting cancelled, delayed: data

Recent data shows more than half of all flights from some of Canada's major airports are being cancelled or delayed, as frustrations for travellers mount due in part to increased summer travel and not enough airport staff.

Canadians who want a Nexus card will have to travel to U.S. to get it

A Nexus card is supposed to help put low-risk Canadians on the fast track when crossing the U.S. border, but at least 330,000 Canadians aren’t sure when their applications will be processed.

NATO calls Russia its 'most significant and direct threat'

NATO declared Russia the 'most significant and direct threat' to its members' peace and security on Wednesday and vowed to strengthen support for Ukraine, even as that country's leader chided the alliance for not doing more to help it defeat Moscow.

Access to mental health services is taking a hit in Newfoundland and Labrador as psychologists in the province continue to leave the public system en masse.

The mastermind of an elaborate Ponzi scheme that cheated hundreds of people of tens of millions of dollars was sentenced Tuesday in a Barrie, Ont., courtroom. Charles Debono has been behind bars since his arrest in 2020 for his role in one of the largest Ponzi schemes in Canadian history.