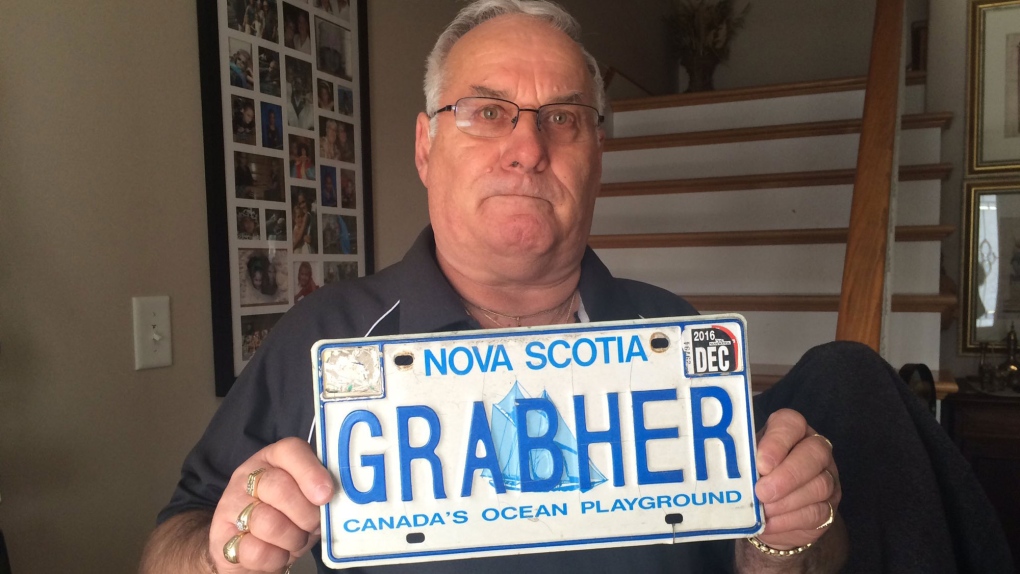 HALIFAX -- The controversy over Lorne Grabher's personalized licence plate, which reads "GRABHER," could be settled in court now that a group of lawyers has decided to sue the Nova Scotia government.

The Justice Centre for Constitutional Freedoms said Thursday it plans to file a court application later this month, saying the government officials were wrong to withdraw the man's plate when they deemed it offensive to women.

"We had hoped for a reasonable ... response which would be to reinstate the plate," said John Carpay, president of the Calgary-based lawyers group. "Instead we received a letter from the Nova Scotia government, which essentially invites us to sue them."

Carpay says his group, which is dedicated to defending constitutional freedoms, wanted to take on Grabher's case because it concerns free speech.

He said the unusual case appears to be part of a wider trend.

"Canadians are becoming increasingly less tolerant of free expression," he said. "You have more and more people who believe that they have a legal right to go through life without seeing or without hearing things they find to be offensive."

However, Grabher has said he feels discriminated against. The plate had been used by his family for 20 years without incident.

"You're supposed to be brought up to respect yourself and respect where you came from," Grabher said in an interview Thursday. "If they have this right to take that away from you, then you have no respect for yourself."

Last month, Transport Department spokesman Brian Taylor said while the department understands Grabher is a surname with German roots, this context isn't available to the general public who view the plate.

Grabher said his public image has been tarnished by the government's move.

"I'm not a woman hater and I don't promote violence against women. That's what they got me labelled as."

Carpay said he expects to be in court later this summer or in the fall.