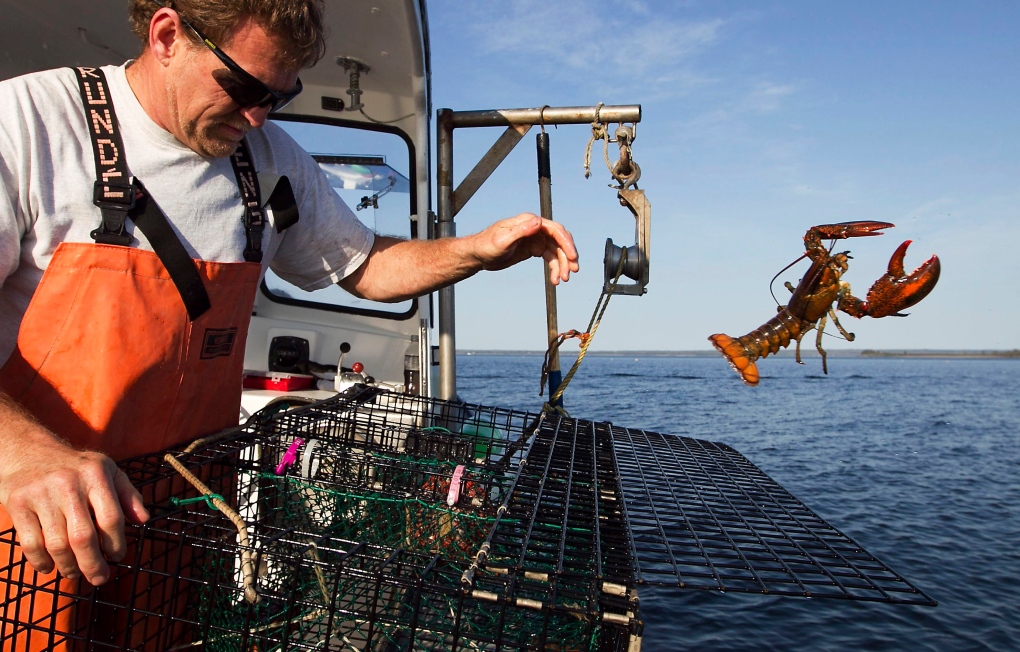 FREDERICTON -- Federal Fisheries Minister Dominic LeBlanc says the Canadian and American governments will "vigorously" try to convince the European Union that the American lobster does not pose a threat.

LeBlanc vowed to fight after an arm of the European Union announced Tuesday that there's enough scientific evidence to move forward with a review of Sweden's request to declare the American lobster an invasive species.

The opinion of the European Union's Scientific Forum on Invasive Alien Species sets in motion a broader review of the proposal to ban American lobsters, but a spokeswoman for the European Commission stresses it is only a preliminary opinion.

"Before a final decision on whether to list or not, a number of further consultations will now take place both," Iris Petsa wrote in an email to The Canadian Press.

"The Commission will be considering all information submitted by the U.S. and Canadian authorities."

Lobstermen in the U.S. and Canada stand to lose $200 million in business with EU countries if the ban becomes a reality, but they contend a ban is not supported by science.

Sweden set the wheels in motion when it announced it had found 32 American lobsters in the country's waters earlier this year and that they pose a threat to native crustaceans.

How the American lobsters ended up in Swedish waters is unclear.

LeBlanc speculates that some people who had purchased live lobster could have tossed them overboard from a cruise ship, believing they were doing a good thing, and not realizing the consequences.

"Obviously we will pursue vigorously, in partnership with the United States government, every avenue we have to convince the European Union that this has no significant scientific merit," he said.

The expanded review won't be completed until the spring, at the earliest.

Sweden's Agency for Marine and Water Management contends the country is right to be cautious about the appearance of a foreign species. The agency also says more research is needed into the impact of cross-breeding of American and European lobsters.

Christian Brun, executive-secretary of the Maritime Fishermen's Union, said 85 per cent of live lobster from his region currently goes to the United States, but Europe is a coveted market.

"(The European Union) is an emerging market and it was to become important in the future especially with a free trade agreement if that also goes through," Brun said.

Gallant said with 90 per cent of New Brunswick's exports going to the United States, it's important to expand trade with the European Union.

"We are going to continue to go to the European Union with trade missions to try to let them know that we have great products whether it's in our seafood, agriculture, or some of the things we'll be coming out with within the tech sector, wood or other natural resources," Gallant said.

Gallant said the anticipated announcement from the European Union was discussed at last month's meeting of the Eastern Premiers and New England Governors. He said they agreed to discuss the issue with their respective federal governments.

Brun said he believes it is a case of protectionism, but LeBlanc said he hopes no one is trying to get non-tariff barriers to trade.

"We believe that a free trade agreement with Europe is in the economic interest of Canada and of the European Union," LeBlanc said.