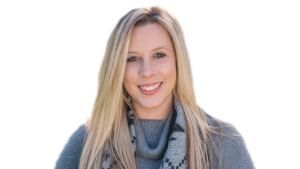 Leigha Kaiser is a web writer at CTV Atlantic in Halifax.