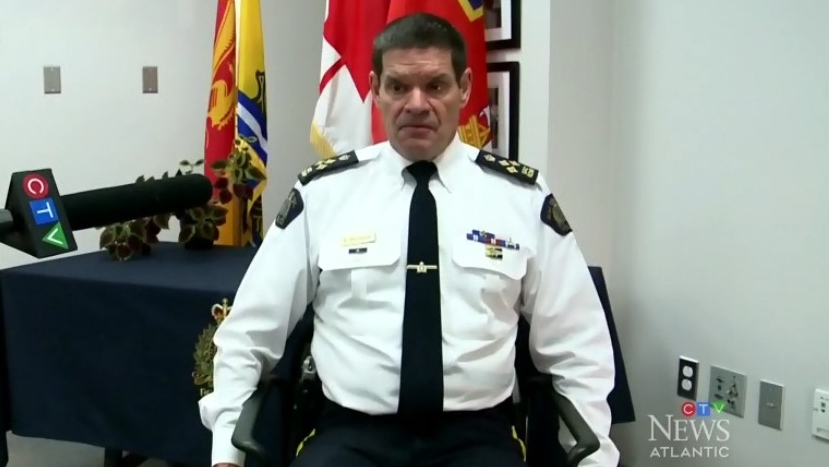 The commanding officer of the RCMP in New Brunswick will be replaced at the end of the month, and now a letter has surfaced that suggests provincial Attorney General Hugh Flemming forced him out of the job.

In the letter to RCMP Commissioner Brenda Lucki, dated July 15, 2021, Flemming says Assistant Commissioner Larry Tremblay "no longer commands my confidence" and must be replaced.

Flemming goes on to say the force needs to revise its priorities in order to address drug crime in the province, "and demonstrate to New Brunswickers that police recognize that drug-driven crime is by far the top priority for law enforcement in New Brunswick."

"Second it is imperative that we immediately reverse the trend of diminishing RCMP accountability to local government leaders," he wrote.

In an interview Wednesday, Flemming said his decision to write the letter was not made lightly but the impact of illegal drugs and crime-driven drug addiction on communities is growing at a rate that he said was "deeply concerning."

"It became the view of government that fresh leadership in J Division was needed and Assistant Commissioner Tremblay had an exemplary 35-year career, but it was necessary to reinvigorate the relationship and move forward," he told reporters.

According to the 20-year contract between the province and the RCMP that took effect in 2012, the provincial minister sets the objectives, priorities and goals of the Provincial Police Service and the commanding officer acts under the direction of the minister.

The minister also has the power to have the commanding officer replaced.

University of New Brunswick law professor Nicole O'Byrne said, according to the province's agreement with the RCMP, the minister is within his right to seek the removal of the officer, but without knowing Flemming's exact reasons, it creates a perception of political interference in policing.

"That is not in anybody's interest that police are following the directives of a provincial minister. However in this case, the way the service agreement is worded, it appears that Flemming can do what he did," O'Byrne said in an interview Wednesday.

Flemming said Tremblay had a lengthy career and the letter prompted him to decide to retire.

Angela Chang, the director of strategic communications for the New Brunswick RCMP, also said in an email Wednesday that Tremblay made a personal decision to retire at the end of October.

However, she said the force is on track to meet all of its key performance indicators dealing with drug crimes, releasing a chart to back that up.

"We are committed to disrupting and dismantling the trafficking of illegal drugs in our province, targeting those causing the most harm in our communities," she wrote.

"The feedback we get is that the situation is consistently deteriorating and that to me is not acceptable."

A new commanding officer for the RCMP in New Brunswick is expected to be named soon.

This report by The Canadian Press was first published Oct. 20, 2021.