Mike Blanchfield THE CANADIAN PRESS
Published Friday, May 27, 2016 7:56AM ADT 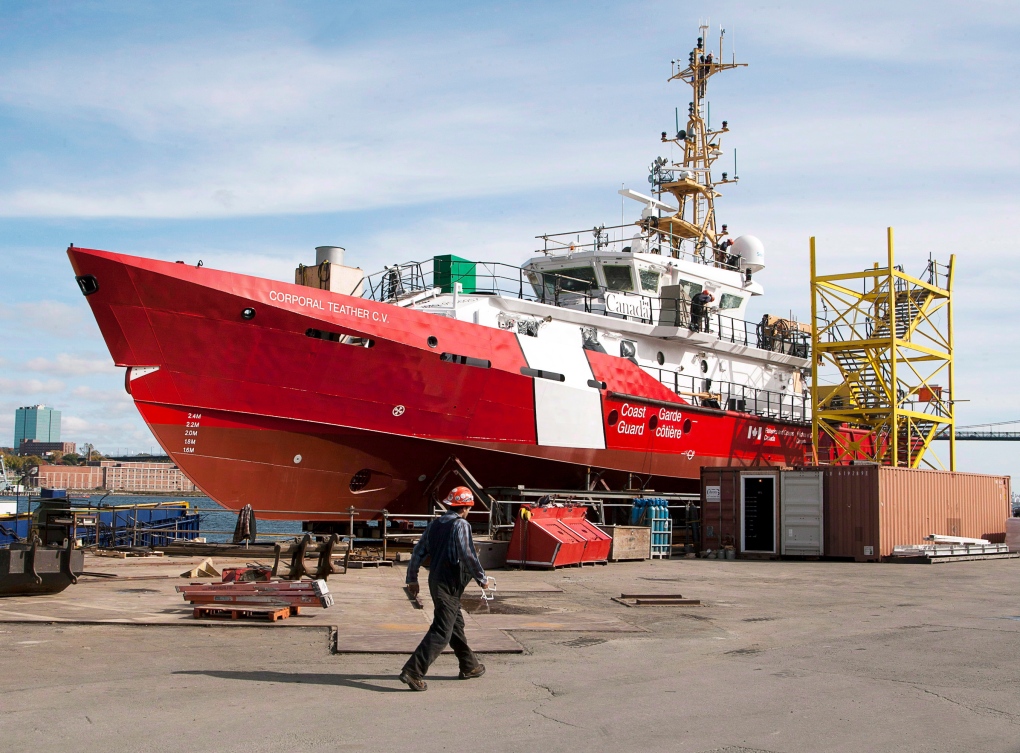 A worker heads past a patrol vessel at the Irving Shipyard in Halifax, on Friday, Oct. 19, 2012. (Andrew Vaughan / THE CANADIAN PRESS)

OTTAWA -- Public Services and Procurement Minister Judy Foote says she plans to double the staff working on the national shipbuilding strategy to address "growing pains" in the multibillion-dollar project.

The extra public servants are among a handful of enhancements the Liberals are adding to a major project started by the Conservatives -- one they say has been plagued by huge cost overruns.

That's the only way to get the program on track so it can deliver new vessels to the Canadian Coast Guard and the Royal Canadian Navy, Foote said.

"While the strategy has made progress, its success has been overshadowed by challenges and growing pains and we have to recognize the ways in which it has fallen short," Foote said Thursday in a speech to CANSEC, a major defence industry trade show.

The Liberals have already promised more than $60 million in additional spending to help build an offshore oceanographic vessel and to start work on three joint supply ships.

Foote also announced measures to make costing more transparent and accountable and she pledged to report regularly to Parliament on the progress of a project that aims to re-establish a shipbuilding industry on both coasts.

Canada's shipyards haven't produced large vessels since the mid-1990s and have shrunk in size and ability, she said.

"Not only were government shipbuilding teams too small, they also lacked sufficient expertise to deliver on such a complex, long-term endeavour," she said. "A program of this size and importance deserves to be properly resourced."

Over time, this has affected decision-making, budgeting and how progress is measured, said Foote.

Irving Shipbuilding of Halifax and Vancouver's Seaspan, the two shipyards chosen by the government for the strategy, support Foote's new measures, saying they will speed up the eventual delivery of much-needed military and coast guard vessels.

"We certainly applaud the effort to get the right people in the right places to make sure decisions are made quickly in the program," said Brian Carter, the president of Seaspan.

Foote also indicated that the government will take steps to do away with something that has caused political headaches as well as sowing anxiety in the defence industry -- the government will stop making public cost estimates of projects because time frames are long and projects evolve.

"We have seen how these estimates cause confusion," she said. "We will be developing procedures to ensure that accurate and timely costing information is provided to Canadians."

Meanwhile, Foote had little concrete to offer the navy on the replacement of its aging warships.

The Canadian Surface Combatant project aims to replace the navy's frigates and destroyers, but Foote would only say she will have more on the project "in the coming weeks."

Her speech did not mention the need to replace the air force's CF-18 fighter jet fleet.

Earlier, Defence Minister Harjit Sajjan said replacing the jets was his top priority, telling a CANSEC breakfast audience that the air force faces a "capability gap" on that front in the coming years.