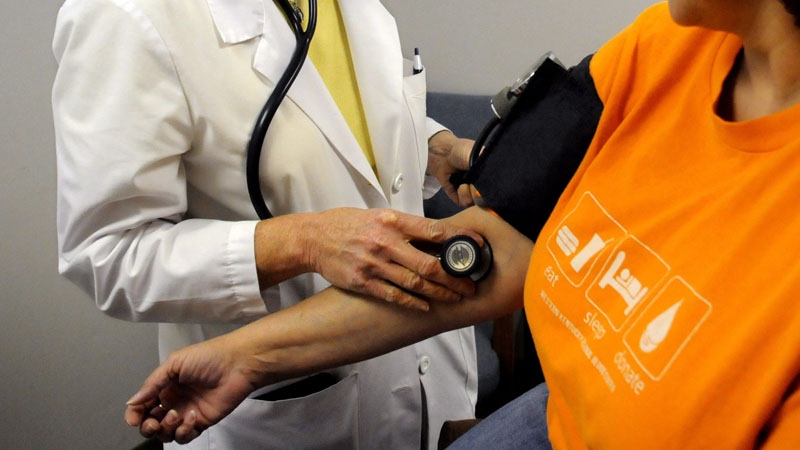 The government said Wednesday it would extended the same increase to almost 2,600 other LPNs across the public sector effective June 11, 2020. (The Messenger-Inquirer / Gary Emord-Netzley)

HALIFAX -- Licensed practical nurses across Nova Scotia are in line to get a significant pay raise.

The province said Wednesday it will fund all public sector licensed practical nurses at the same rate, leading to a 12 per cent pay increase for those working in health authorities, long-term care, disability support programs and home care.

The decision stems from a 2014 grievance involving almost 400 LPNs in the former Capital District Health Authority who are represented by Nova Scotia Government and General Employees Union.

In June, an arbitrator awarded those nurses a 12 per cent pay increase retroactive to March 2014 after it was determined their scope of practice had widened and their pay should reflect that.

The government said Wednesday it would extended the same increase to almost 2,600 other LPNs across the public sector effective June 11, 2020.

The new annual compevnsation for a full-time LPN at the top of the regular salary scale will be $58,634, up from the current $52,707, an increase of about $6,000 annually. That decision will cost the government $19 million.

"This action ensures our commitment to wage parity of LPNs across the province and addresses issues raised by the Nova Scotia Nurses' Union and other health care labour groups," Labour Relations Minister Mark Furey said in a news release.

"All LPNs do the same important work, and deserve the same rate of pay, wherever they are employed. This is the fair and appropriate step to take, and we wanted to move forward without delay."

This report by The Canadian Press was first published Aug. 19, 2020.