'Little violence' as Hells Angels make their return to the Maritimes 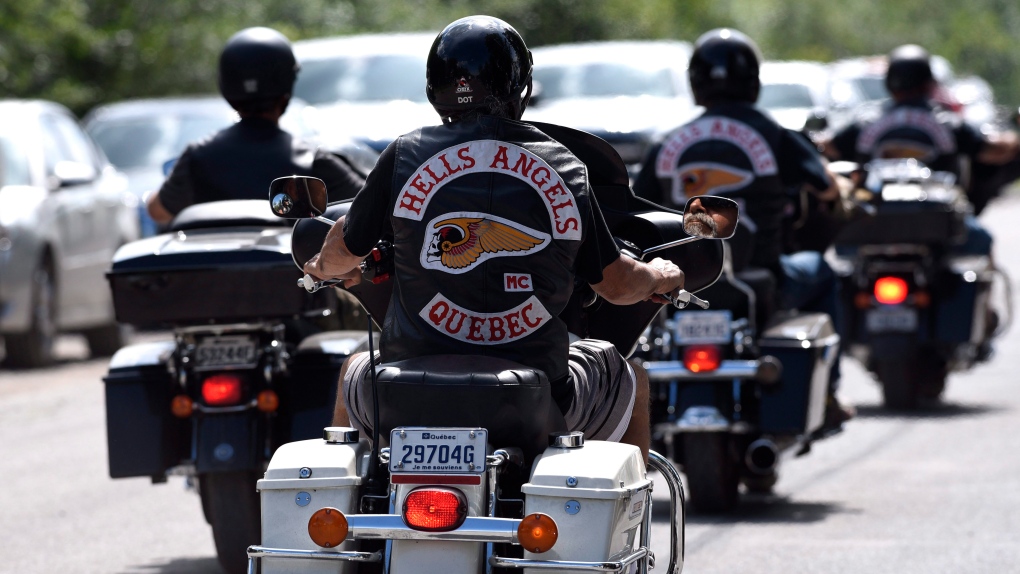 Members of the Hells Angels ride outside the Hells Angels Nomads compound during the group's Canada Run event in Carlsbad Springs, Ont., near Ottawa, on Saturday, July 23, 2016. (THE CANADIAN PRESS / Justin Tang)

HALIFAX -- Andy Cook knows the Hells Angels, and what they bring with them.

The bespectacled RCMP corporal has crossed paths with Canada's most notorious outlaw biker gang before, during stints in Ontario and British Columbia, and he is not happy they are setting up in Prince Edward Island, where he works now.

The Angels were without a beachhead in the Maritimes since police smashed the former Halifax chapter in 2001. The raid led to the imprisonment of four of its seven members and the closing of the chapter after the clubhouse was seized by justice officials.

But the gang has begun to re-assert itself, cementing its presence mainly through affiliate or so called "puppet clubs" in Nova Scotia, New Brunswick and P.E.I. A New Brunswick chapter of the Nomads is now "full patch H.A.," said Cook.

An Angels puppet club threw a high profile "welcome home" event in Musquodoboit Harbour, N.S., 45 kilometres east of Halifax, in June, drawing as many as 150 bikers.

Yves Lavigne, a Toronto-based author and journalist who has written three books on the Hells Angels, says the territorial push is the gang's latest attempt to ensure they control the drug market from coast to coast.

"What I'm surprised about is that they appear to have bought off the local dealers because there has been very little violence compared to what happens when they take over drug markets in other parts of the country," said Lavigne.

He said that's significant because the territory the Angels are moving into is now largely the preserve of the New Brunswick-based Bacchus club.

"The way I measure it is that if members of Bacchus aren't being killed then they are working together. There is no push-back from anyone in the Maritimes as far as I can tell right now," Lavigne said.

Stephen Schneider, a criminology professor at Saint Mary's University who has also written extensively on organized crime, isn't as convinced of an outright deal between the gangs, but said there does appear to be a kind of "detente" that has developed.

"The Bacchus knows they are simply not at the same level as the Hells Angels and they are not going to get into a protracted war with them," said Schneider.

He believes the return to the Maritimes is mainly about establishing territory with the main goal being Halifax and control of its port, which can be used to import drugs like cocaine and hashish. Schneider said there is also a growing need to export an expanding list of synthetic drugs such as fentanyl to British and European markets.

"They are certainly operating pill presses out in B.C. and perhaps they want to start setting up production facilities in the Maritimes so they actually can start exporting," he said.

Lavigne said the public should be concerned by the club's return, because of the secondary effects of what happens when major drug dealers establish networks. They include an increase in the number of addicts and a corresponding increase in street crime such as car and home break-ins he said, as drug users look to feed their habit.

"Insurance rates for cars, for houses and for businesses over time ... they'll go up. The costs to society are multi-faceted."

Schneider says the Angels' move into P.E.I. is about encircling its rivals in the region.

The affiliate members on P.E.I. will have to attain prospect status before becoming "full patch" Angels. It's a process that can take up to two years.

"We are expecting that after they have done their prospect stage then they will form a Charlottetown club and they will have a bottom rocker (vest patch) that reads Prince Edward Island on it," he said.

"We will do everything legal we can to deal with them."

Cook believes that in setting up on the bucolic island, at least, the Angels have made a strategic mistake.

"It's a smaller place and everybody talks to everybody here."