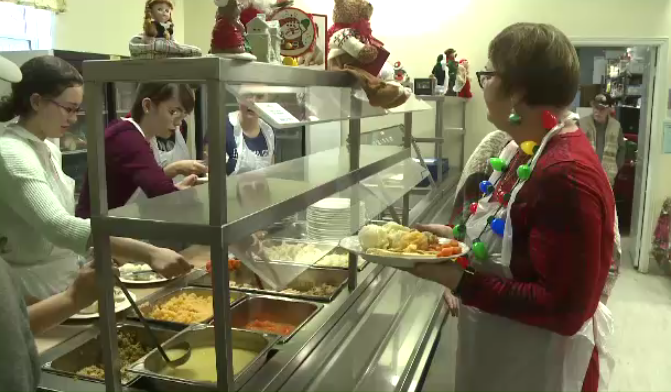 There was a festive feel at Loaves and Fishes in Sydney on Christmas Eve as people gathered to deliver the community kitchen's annual Christmas dinner.

“It's very important. It gets people that don't have families and are lonely - it's somewhere for them to go, to bring the Christmas spirit together and bring the people together,” said Loaves and Fishes general manager Marco Amati.

Amati says it's the facility’s busiest time of year. They estimate they will feed over 200 people Thursday.

More than 30 people volunteered to prepare and serve the meal. It's a first for Peggy Margetti, who always wanted to lend a helping hand.

“I know what it's like not having a whole lot growing up. Now I'm more fortunate than others,” Margetti said. “I just feel it's the right thing to do.”

The meal has been donated by two members of the community, Winnie and the late Lloyd MacDonald, who began the annual tradition in 1997.

“We could all be where these people are today. But we are supposed to be helping our fellow man, so that's exactly what we are trying to do,” said Winnie MacDonald.