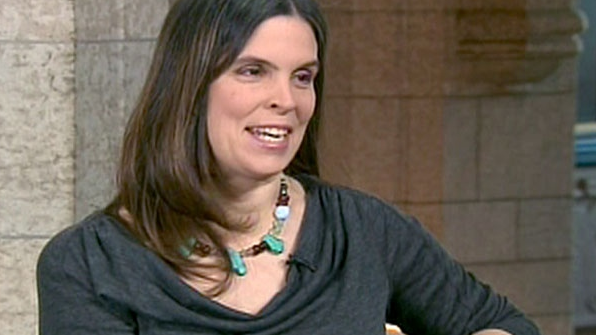 Nancy Peckford, executive director of Equal Voice -- a national organization that advocates to have more women elected to all levels of government in Canada -- said the New Brunswick numbers are encouraging.

FREDERICTON -- A record number of women are running in the New Brunswick provincial election -- but the numbers are still well shy of 50 per cent, especially with the front-running parties.

Ninety-three of the 241 candidates are female. That's 38 per cent.

Only the New Democrats and Greens have reached the 50-per-cent mark for female candidates, with the Liberals at 39 per cent and the Tories at 29.

Premier Brian Gallant said the 39 per cent mark is actually the highest level ever reached by the party.

"We hit our target of making sure that any riding in which we did not have an incumbent running, that we had 50 per cent with women as candidates," Gallant said.

"Over time, as incumbents don't re-offer, if we continue that policy, we are going to have more and more women be candidates to the point that we get to the 50-50," he said during a campaign stop Wednesday in Fredericton.

Nancy Peckford, executive director of Equal Voice -- a national organization that advocates to have more women elected to all levels of government in Canada -- said the New Brunswick numbers are encouraging.

"For two of four parties to reach parity on the ballot shows some significant progress," she said. "For the Liberals to be featuring nearly 40 per cent is also very encouraging."

She said it's easier for the Greens and NDP to reach parity because they don't have incumbents like the older parties do.

Donald Wright, a political scientist at the University of New Brunswick, said women are also more attracted to the Greens and NDP because of those parties' social policies, and it's a pattern being repeated across the country.

"I think women are interested in politics, but they may not be interested in the way politics is done. The way it is practised is so confrontational," he said.

Susan Holt, a Liberal candidate in Fredericton, said she agrees that the political game is not one many women want to play.

"I think the political environment, generally speaking, is unattractive. It's full of insults, negativity, confrontation -- at least the way it used to be," Holt said.

Holt said she's surprised with the kind of scrutiny she has faced while campaigning.

"I get questioned about my haircut on a regular basis and why it looks different from November until now. I don't know if any of my male colleagues have to wrestle with questions like that. I've been asked questions about my weight and my age," she said.

Peckford said New Brunswick has traditionally had one of the lowest rates for women elected to political office, while British Columbia, Alberta and Ontario have been near the top in recent years.

She said women make up 27 per cent of the members elected to the House of Commons, but the current federal government is setting a good example.

"Because Prime Minister Trudeau did make that very concerted commitment to elevate women's leadership by appointing 50 per cent of his cabinet women, what you see is a diversity of women performing at that level, and you send the signal to other women that their talents and skills are welcome and will be fully leveraged," she said.

Of the 49 ridings in New Brunswick, two in the Moncton area have only women as candidates, and both of those ridings have women as incumbents who are re-offering. There are six ridings with no female candidates.